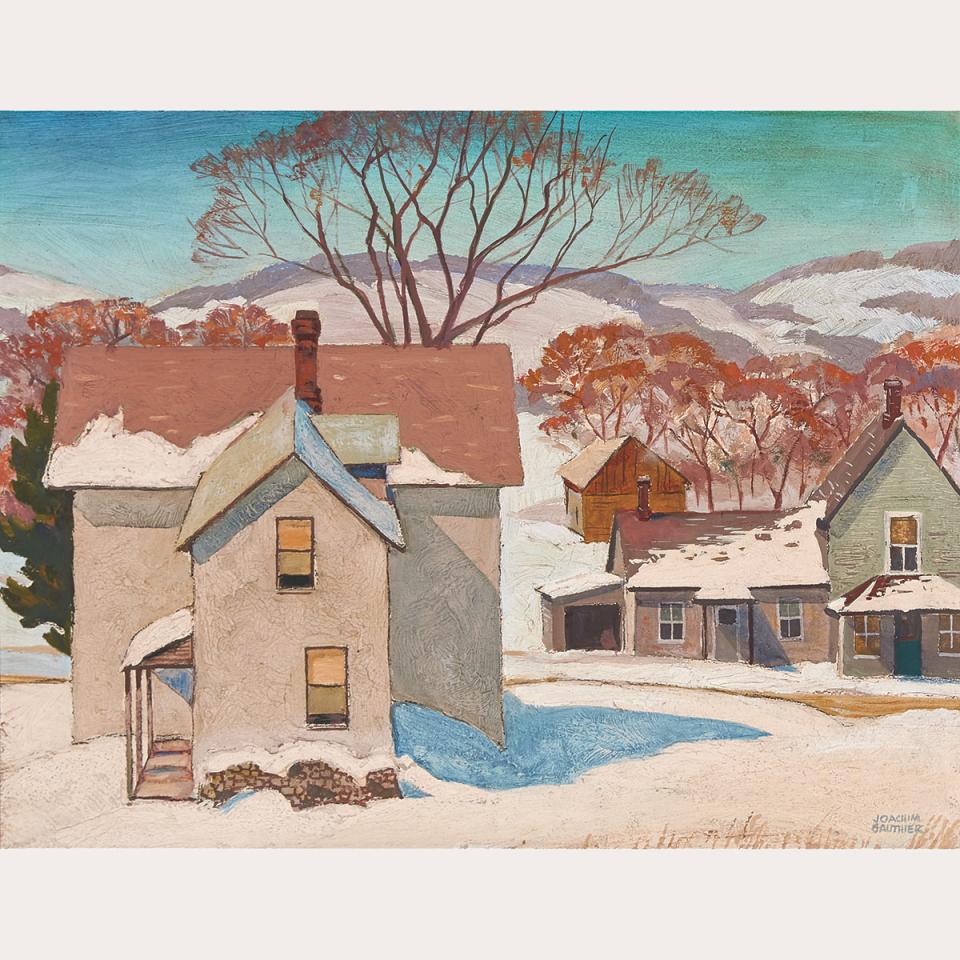 Born in North Bay, Ontario, Joachim Gauthier (1897-1988) was praised from an early age for his drawing skills. After visiting his sister in Washington, where he was introduced to en plein air painting, Gauthier and his new wife moved to Toronto, whereupon he began a lasting career at the commercial design firm, Sampson-Matthews. It was here that he met and worked with Group of Seven members Franklin Carmichael and A.J. Casson, and soon thereafter became an active member in several artist societies, namely the Ontario Society of Artists and the Royal Canadian Academy. Picturing Mount Albert, a small town about an hour north of Toronto, after the first snow of the season, Gauthier’s mastery of colour and fine draughtsmanship is proven.