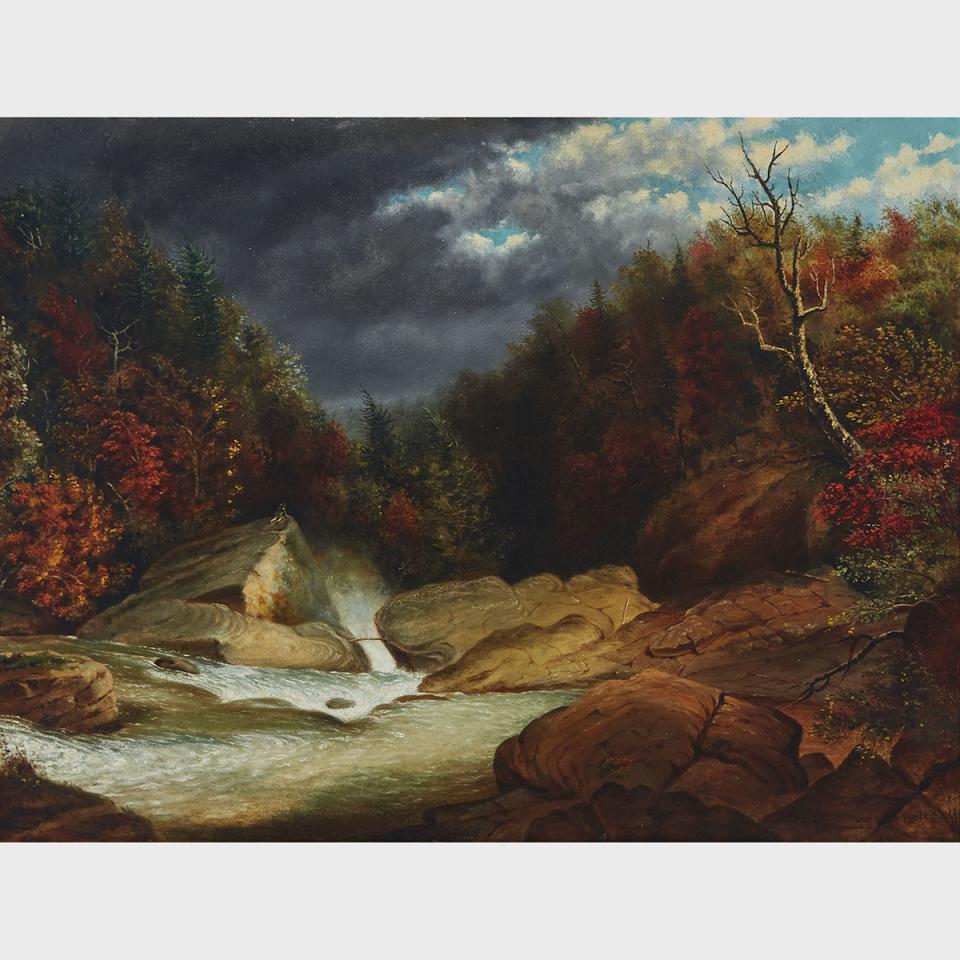 ABOVE THE ST. ANNE FALLS

Cornelius Krieghoff (1815-1872) moved to Quebec City around 1853 and proceeded to paint virtually every waterfall within any proximity to the city. The National Gallery of Canada acquired two such works in 1995, depicting the St. Anne Falls, one of which is a view from above the falls similar to this lot, with a figure, or figures, dwarfed by the majestic landscape. Later Krieghoff would paint the falls of Niagara, Chaudière and Shawinigan (used as the back cover illustration to Reid’s 1999 catalogue Krieghoff: Images of Canada).

Such awesome scenes of nature were in vogue mid-century, as were visits to the great cataracts themselves, and Krieghoff shrewdly responded to the demand. However, unlike other subjects which became “pot-boilers” – works churned out strictly for the quick and easy sales they generated - in the hands of Krieghoff, these falls subjects can be what Reid calls a “magnificent orchestration of natural effects”. Indeed, in this lot the artist has successfully struck the right note marrying the dramatic effects of the approaching storm with the undulating rock and racing water below.

Dennis Reid, Krieghoff: Images of Canada, Art Gallery of Ontario, Toronto, 1999, page 73-74 and pages 110-111, colour plates 50 and 51, for the National Gallery of Canada’s versions of this subject, reproduced in colour.