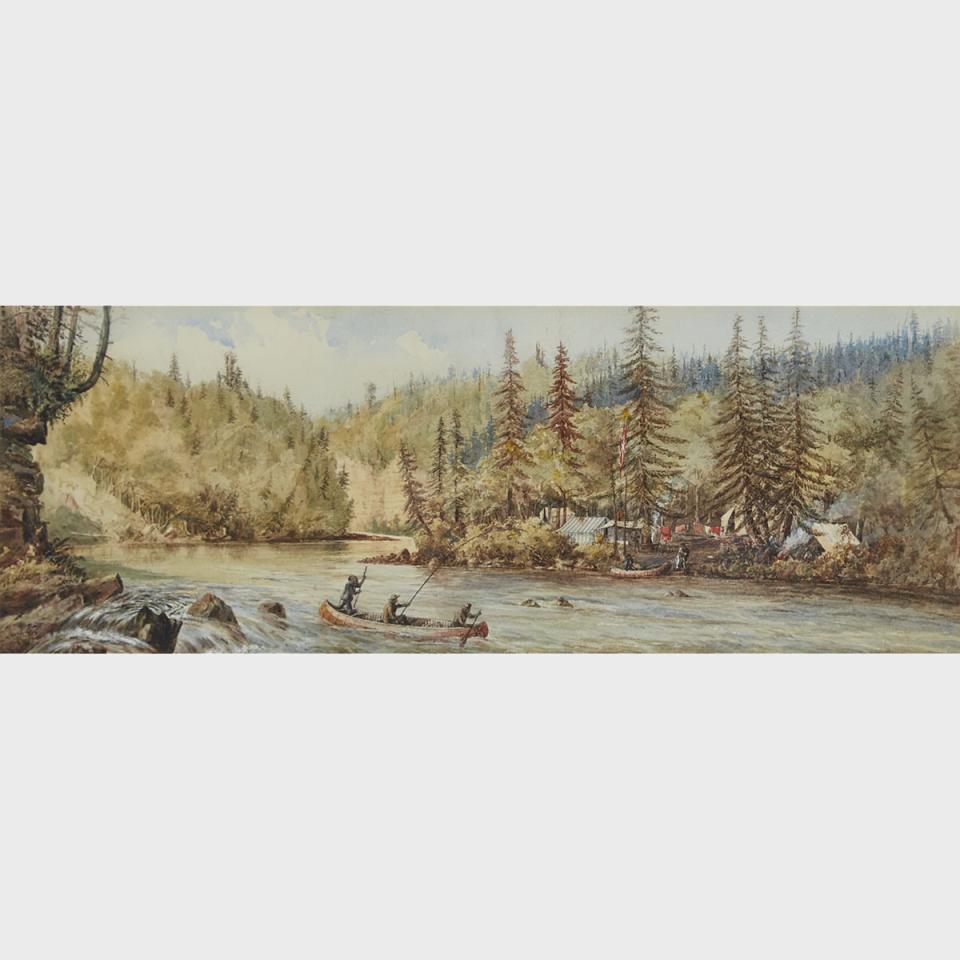 FISHING CAMP IN THE BUSH

While not signed, in 1970 this lot was offered for sale by Jacoby’s of Montreal as “Fishing Camp in the Bush” fully attributed to William Armstrong (1822-1914). Some years later the current owner began researching this work to determine whether the location could be more precisely identified.

While the suggestion has been made that the scene depicts a Governor General on a salmon fishing trip, an inscription on the backing of the painting suggests another possibility: “According to National Archives, Canada (Jim Burrant) (Nov. 16, 2005. Examined in Person). Picture by Lucius O’Brien, R.C.A. 1832-1899, Matapedia River Salmon Fishing.“

Works such as this one, though they seem sharply familiar to connoisseurs of this period of Canadian painting, can be confoundingly difficult to attribute with certainty, given the similarities in styles of artists from this period, many of whom received similar formal training, painted within the same decade, and used the same media and palette to record nearly identical scenes of young Canada.