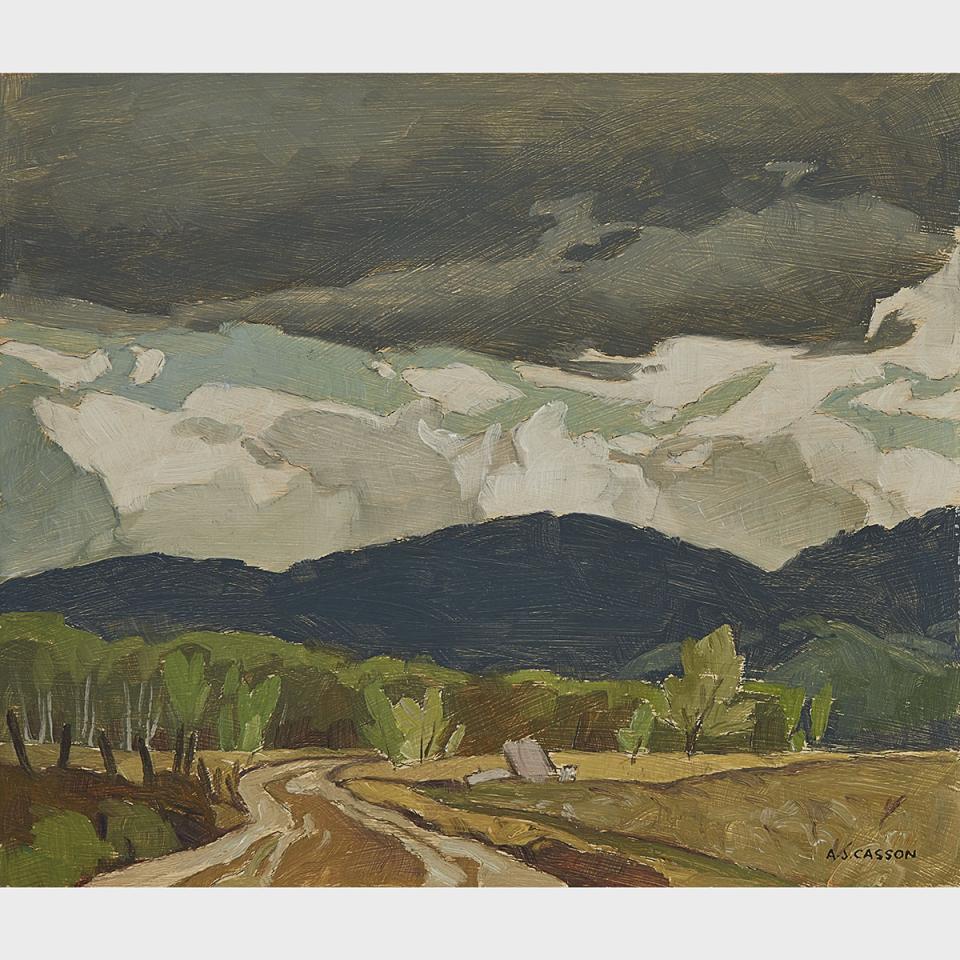 In 1967, both A.J. Casson (1998-1992) and the country at large were undergoing real and lasting change. It was the nation’s centennial year and there was a strong desire to express Canada’s distinct characteristic, in particular what differentiated the country from its southern neighbour. In this period of heightened nationalism, the Group of Seven were rediscovered and re-popularised by a public becoming wary of American assertiveness. The passage of time and the passing of fellow Group members placed Casson in a prominent position as spokesman for the Group.

Painted the following year, Northern Road, Halfway Lake, illustrates the winding road to the provincial park, Halfway Lake in Sudbury, Ontario. Paintings such as this would have delighted the Canadian public at the time. Its emphasis on unspoiled northern wilderness appealed to the emboldened patriotism in the aftermath of the centennial year and provided a clear link between the landscape painting tradition in the nation’s past and present.