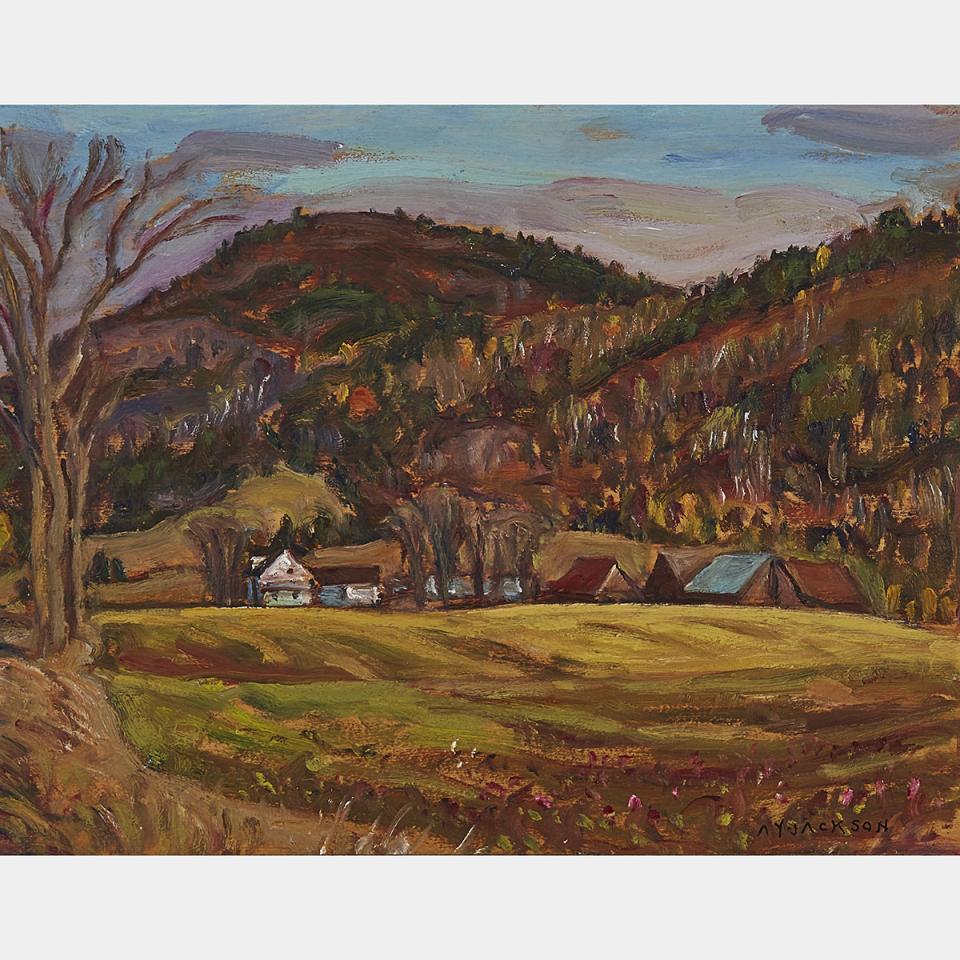 While he continued to visit many of his favourite painting places of old, in later life A.Y. Jackson (1882-1974), who was by now living in Ottawa, increasingly confined his trips to the Ottawa area. Notre-Dame-de-la-Salette is a small community northeast of Ottawa in the Outaouais region of Quebec. Rural communities such as these (usually in winter) had supplied Jackson with subject matter throughout his long career.

Jackson has typically rendered the landscape as a series of interconnected forms—the string of farm buildings nestle between the domed and wedge-shaped hills and gentle curve of fields in the foreground—painted in a narrow tonal range. The ochre-coloured strip of field situated just beneath the buildings balances the band of sky at the top of the composition which is also painted in a higher value. Closer examination reveals a rich diversity of colours in the small brushstrokes that cover the hills with texture and add detail to the foreground.