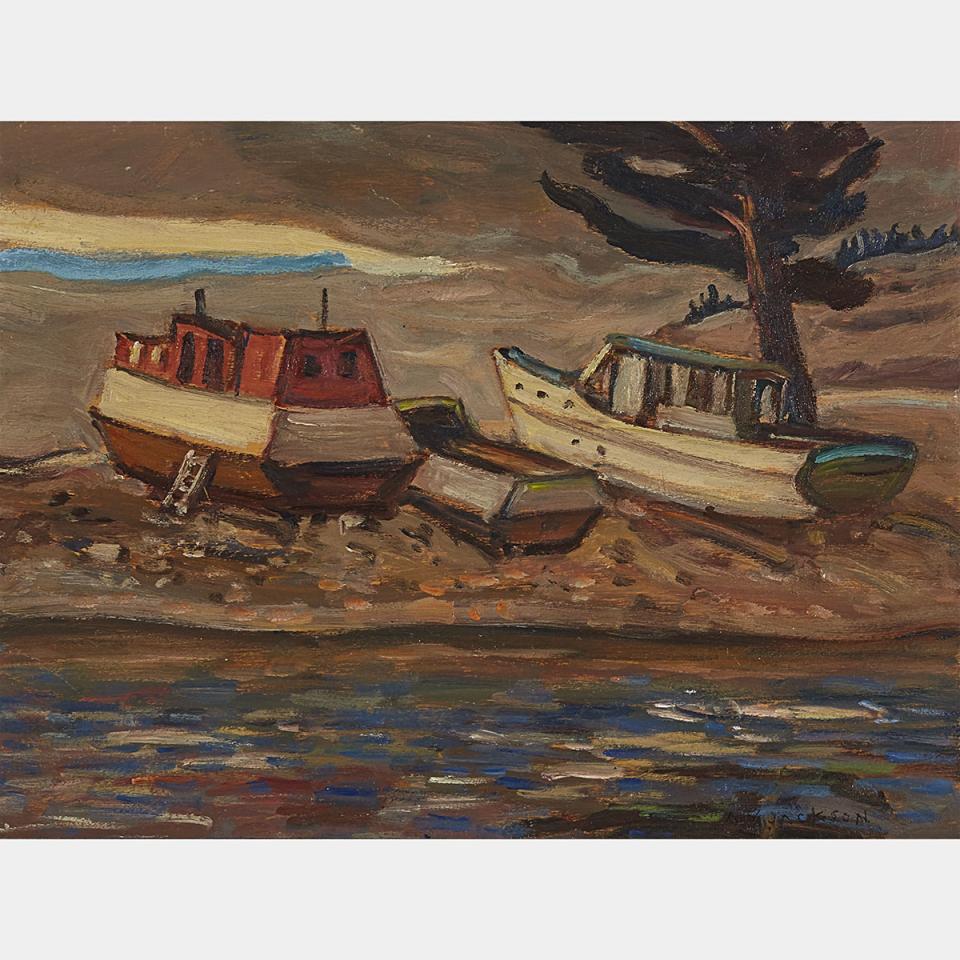 A.Y. Jackson (1882-1974) began making regular sketching trips to the eastern shore of Lake Superior in August 1954, building a cabin at Wawa near the summer home of friends the following year. This sketch was made in the area on July 8, 1959.

Jackson had painted the Montreal River in the autumn of 1919, on the second box-car trip to Algoma with Lawren Harris, J.E.H. MacDonald and F.H. Johnston, before the Group of Seven had formed. Whereas his emphasis in the earlier work had been on broadly painted wilderness landscapes that stretched into the distance, here, Jackson focuses on a smaller motif at closer proximity—three boats hauled onto shore, possibly waiting out the storm.

Although the palette is characteristic of Jackson in its dominant middle range of values with accents painted in lighter and darker tones, the touch is finer and more detailed than in the earlier sketches. The treatment of the water, in particular, painted in broken brushstrokes, is impressionistic in character.