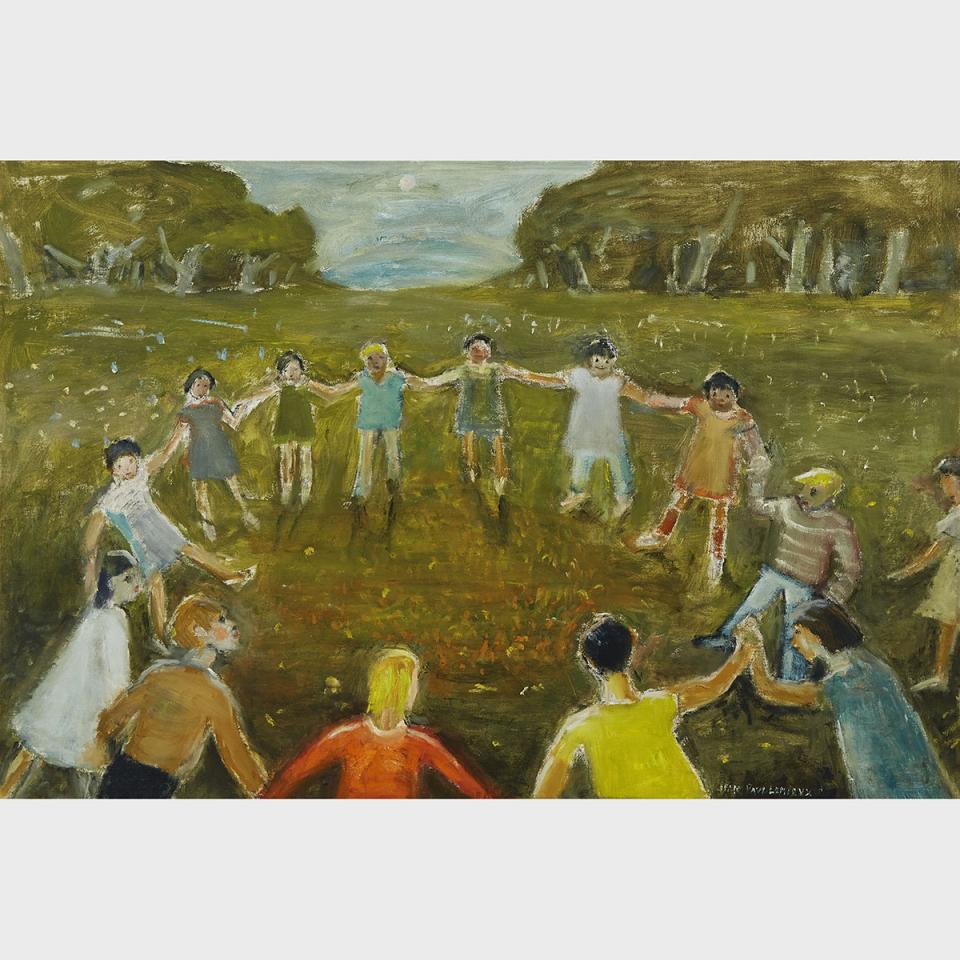 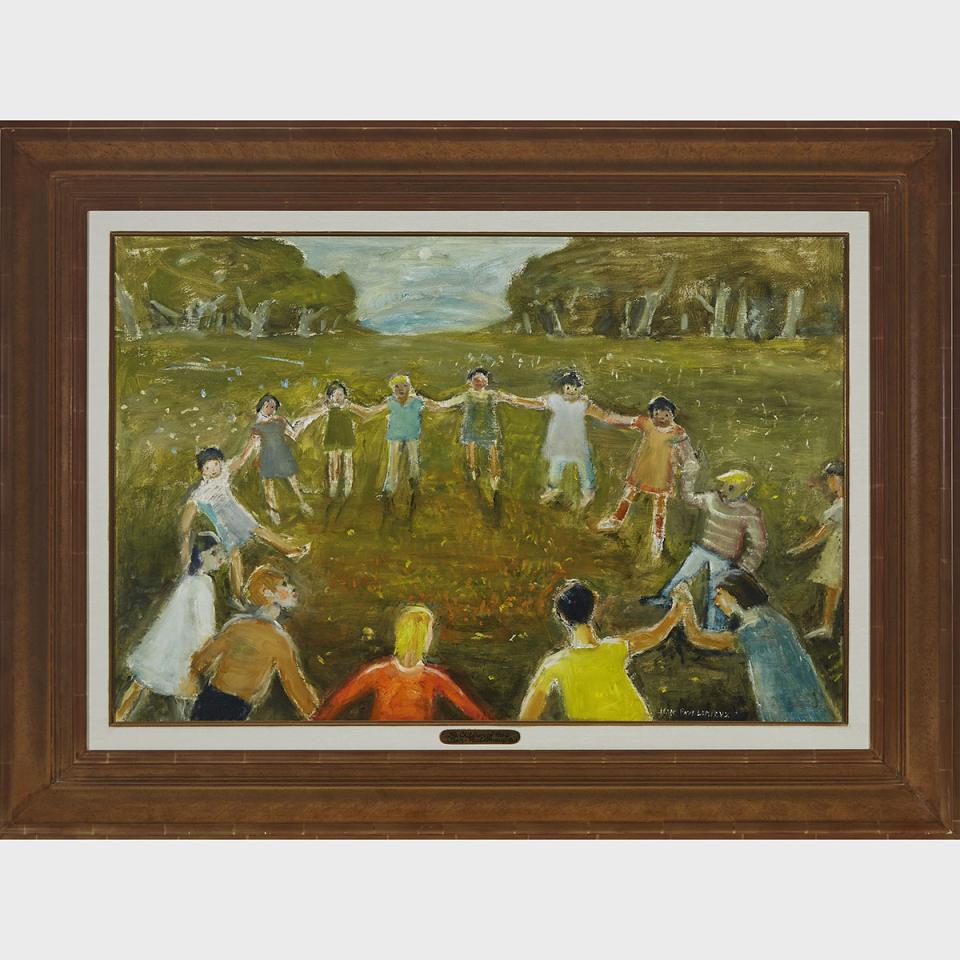 Jean Paul Lemieux (1904-1990) was born in Quebec City. In 1917, the family moved to Montreal where Lemieux would study at the École des Beaux-Arts beginning in 1926. After graduating, Lemieux taught in Montreal and then Quebec City from 1937 until he retired in 1965. Although he was aware of developments in abstract art that were taking place in Montreal during the late 1940s, Lemieux did not participate, and developed an individual, figure-based style of his own. He is best known for the works of his “classic” period (1956-70) in which simplified figures inhabit sparse, horizontal spaces.

In the later, so-called “Expressionist phase,” (1970-1990) of his work, Lemieux vented his distress at the state of the world and the future of the human race. Paintings of the 1980s dealt with themes of war, hell and anguish. Also in the 1980s, Lemieux illustrated several books, in which the mood is somewhat lighter. These included Jean Paul Lemieux retrouve Maria Chapdelaine (1981) and Canada-Canada (1985). The former contained photo-lithographs made from paintings that illustrate Louis Hémon’s story of Maria Chapdelaine, and Canada-Canada, which included twelve serigraphs, each depicting a different part of the country.

Les Enfants de la Paix was probably painted around 1982. The subject is a group of twelve children, seemingly at play, their hands joined to form a circle. The circle opens to admit another child entering from the right. The title and composition suggest that the painting marked the International Day of Peace, initiated in 1981 by the General Assembly of the United Nations, and first observed in September 1982. In the midst of his pessimism, Lemieux may have looked upon this event as offering some hope for the future. Symbolic of hope are the smiling children from different racial backgrounds, who live and play in harmony with each other. Behind them, a gap in the trees allows sunshine and light to fall upon these “children of peace.”