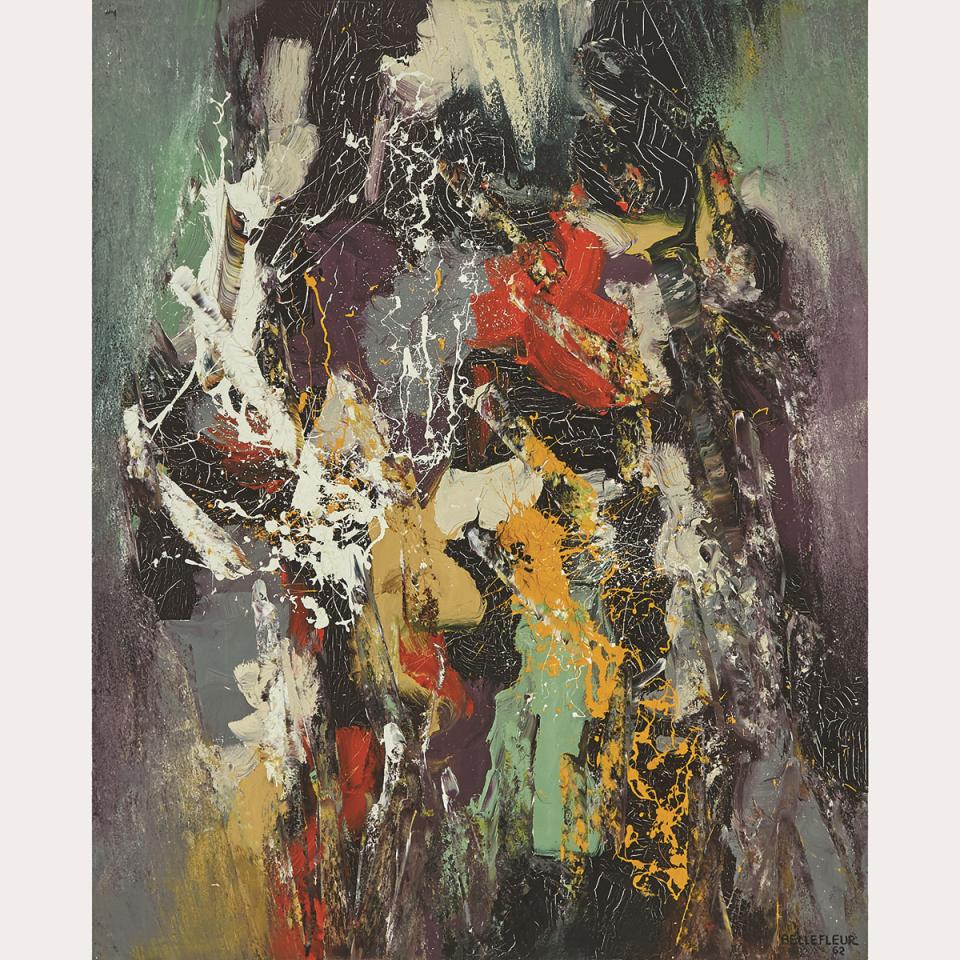 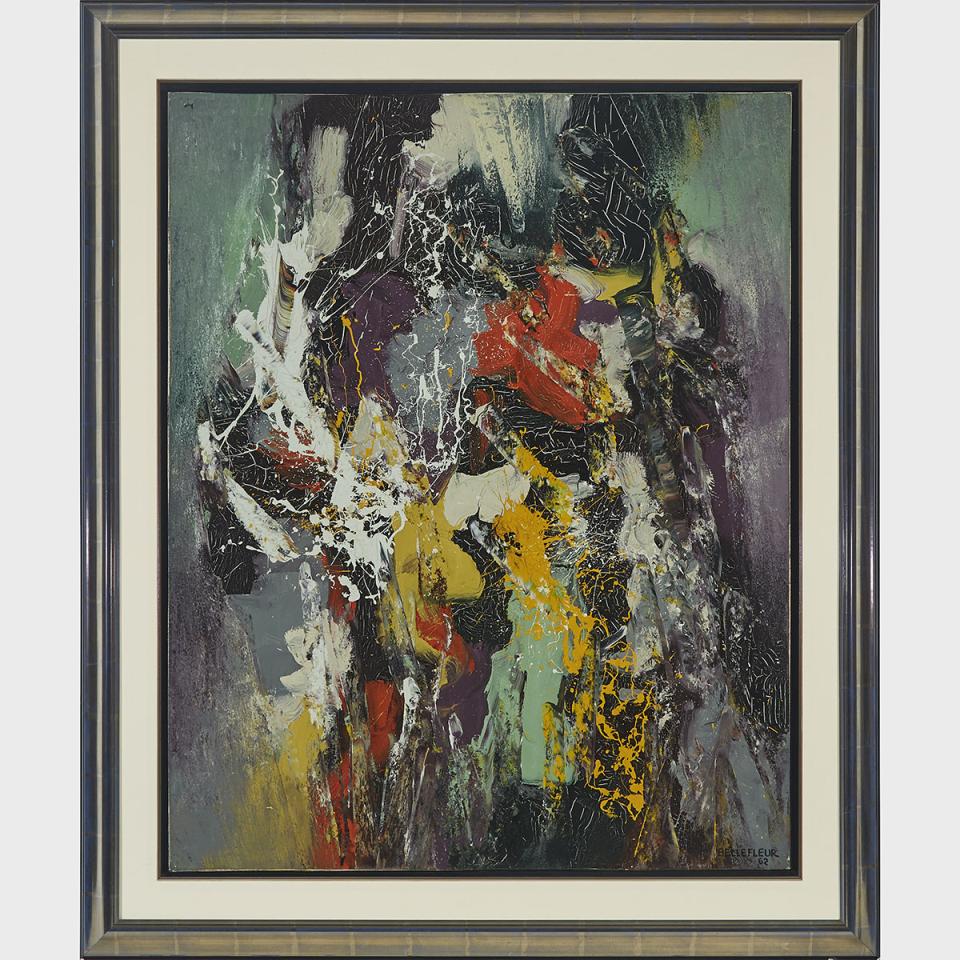 In the early 1940s, debate raged between two giants of the Montreal art world: Paul-Émile Borduas and Alfred Pellan. Essentially the debate involved ideological differences around surrealism. Léon Bellefleur (1910-2007)not only had allegiances to both leading figures, but also exhibited with each side as well. This awkward position amid a highly charged intellectual atmosphere served Bellefleur well, however, and as his reading and interest in esoterism grew, his exploration of the mysterious unknown enriched his practice.

Bellefleur’s first major exhibition came in 1950 at a group show at the Montreal Museum of Fine Arts, with paintings inspired by the concept of surrealist automatism, where subconscious dreams are brought out through instinct and improvisation.

By 1957 Bellefleur radically “broke with the nocturnal world to paint a brighter, more luminous diurnal universe” and began experimenting with the faceted style, whereby he used a spatula to build and apply paint, giving his compositions a much more angular appearance than his previous work. His use of the spatula, which was to become his signature mark, signifies a landmark shift. This change allowed him a “more direct way of conveying the impulses of his inspiration”, imbuing his work from 1957 onwards with a new spontaneity.

Painted in 1962, Metamorphose is a synthesis of artistic ideas, and its very title hints at the shifting metamorphosis of spontaneous thought as it evolves on the canvas from concept to physical manifestation. A lyrical outburst of colour and line, the sliding paint in dark shades of purple, blue and black, and sharp agitated angles is offset and illuminated by splattered bright yellows, greens and a splash of vibrant red; it is clear that Bellefleur is revelling in the potential of the spatula to be an extension of his swirling imagination.