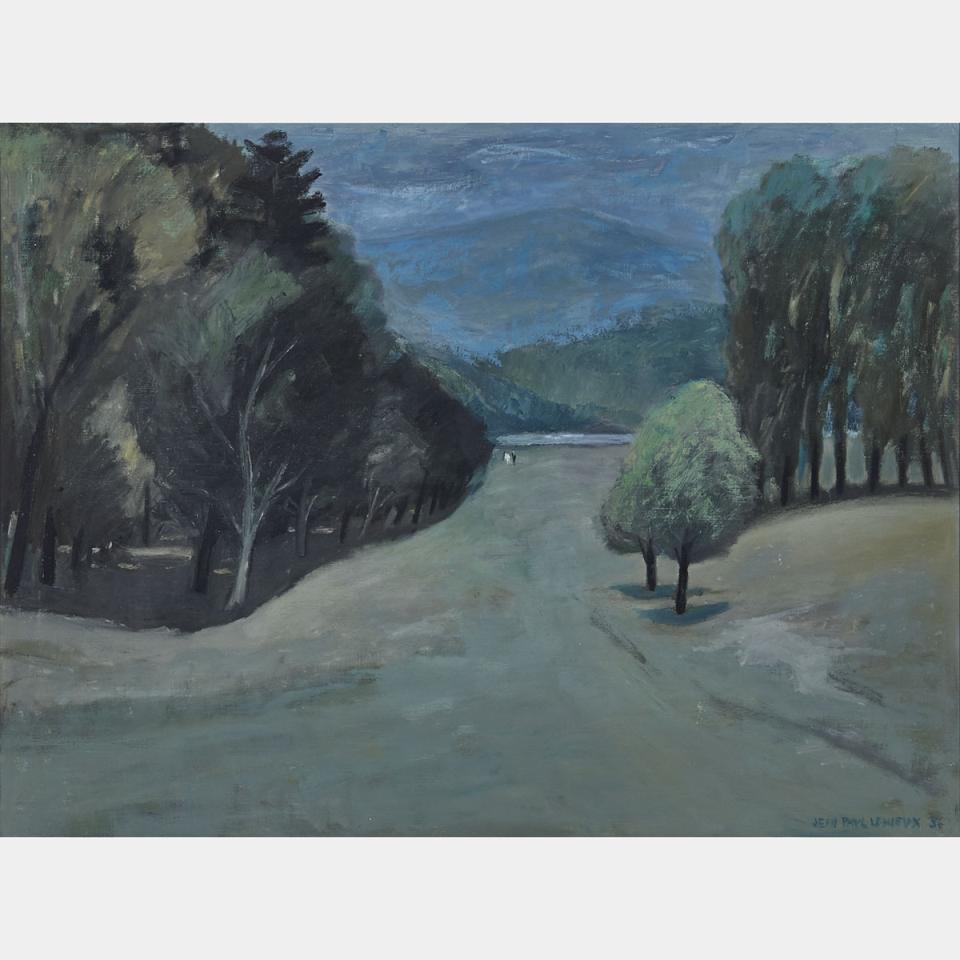 While he was a teacher at the École des beaux-arts de Québec, Lemieux received a grant from the Royal Society of Canada, which enabled him to spend a sabbatical year in France from 1954-55. He later admitted to being lost in France, painting work that looked like Monet or Bonnard in Paris, and Cézanne and Matisse in the south. Nonetheless, a year away from Canada afforded Lemieux the physical and psychological distance from the familiar, so that he could take his work in a different direction when he returned to Canada. He had a new regard for the broad, open spaces of the Canadian landscape which he expressed through the horizontality characteristic of his classic period, beginning in 1956. In 1967, he explained that he tried to express universal solitude in his landscapes and characters, and the inner world of his memories. His physical environment interested him only because it allowed him to paint his “inner world.”

Dans le parc, executed in 1956, shows him moving away from the anecdotal quality of the early 1950s work, in order to emphasize the underlying emotional mood of the picture. It is a transitional piece whose painterly style shows the influence of the School of Paris, and whose decorative (that is, symbolic) use of colour and form link it to Post-Impressionism. Lemieux has imbued the work with drama: shades of blue and green dominate, and the dark wedge of forest on the left looms suspensefully over the two tiny figures at the end of the path, who seem caught between the woods and the water. That same year, Lemieux would solve the problem of how to express the isolation of contemporary life. He would simplify the landscape, emphasizing the horizontal, and enlarge the figures so that their relationship to the landscape would carry the emotional message.

The National Gallery of Canada owns three works from this year: Winter Landscape, The Noon Train and The Distant City.