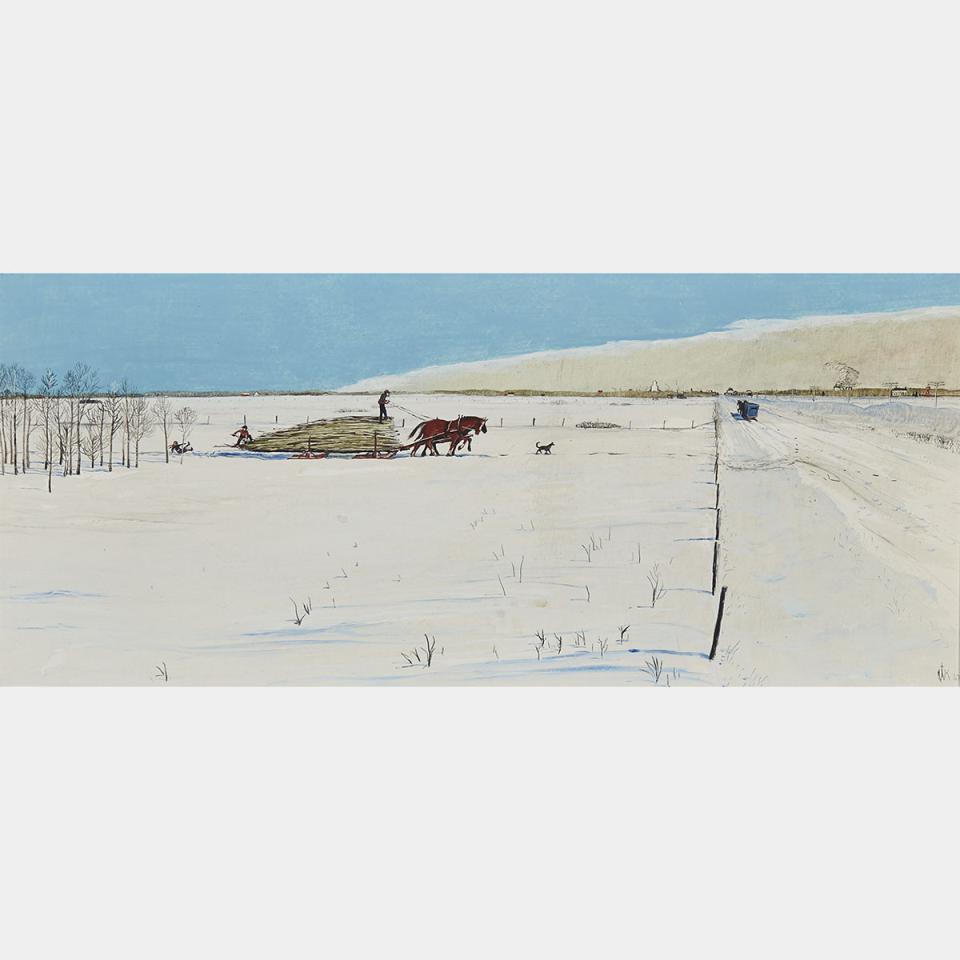 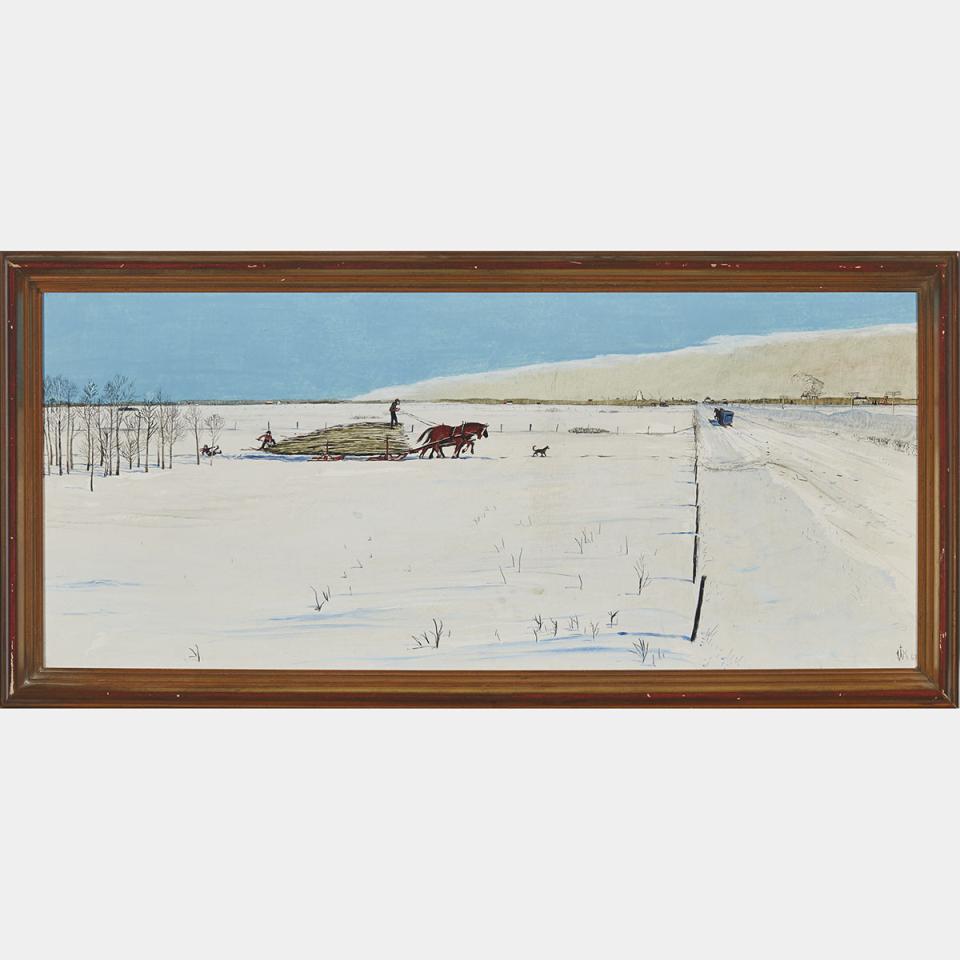 Acquired directly from the artist
Private Collection, Hamilton (by descent)

William Kurelek was the eldest of seven children born in Canada to a Ukrainian immigrant and his wife. Against his father’s wishes, Kurelek pursued a career in art, studying briefly at the Ontario College of Art and in San Miguel de Allende, Mexico. For most of the 1950s, he lived in London, England, where he received treatment for clinical depression, converted to Roman Catholicism and learned the art of picture framing and finishing. He also achieved a measure of success in his art, exhibiting in the Royal Academy Summer Exhibitions from 1956-58. Returning to Canada in 1959, Kurelek began working as a framer for Av Isaacs the following year. In 1963, after two shows of his work at the Isaacs Gallery, Kurelek began travelling to western Canada, sketching and photographing the places where he had grown up. He would use the material gathered on these annual excursions in his paintings of life on the prairies in the 1930s and 1940s and to illustrate his popular children’s books, including A Prairie Boy’s Winter (1973) and A Prairie Boy’s Summer (1975).

In 1934, Kurelek’s parents moved from Alberta to a dairy farm near Stonewall, Manitoba, just north of Winnipeg, the location of this painting. This was the place that he considered home, despite the traumatic childhood memories of being bullied at school and of his father’s strong disapproval. Running a dairy farm was hard work, and each family member had chores they were expected to perform. The children had little time to play, so they did their best to build play into their work. This picture illustrates how William (shown driving the horses) and his siblings could make a game out of hauling wood: when logs fell off the sleigh, they would fall, laughing, into the snow. Kurelek has effectively captured the clarity of prairie light and the flat, empty expanse of the landscape in winter, which dwarfs the sleigh and its riders. He has taken great pains to delineate tiny details along the horizon which he must previously have recorded in precisely rendered sketches or photographs of the area.