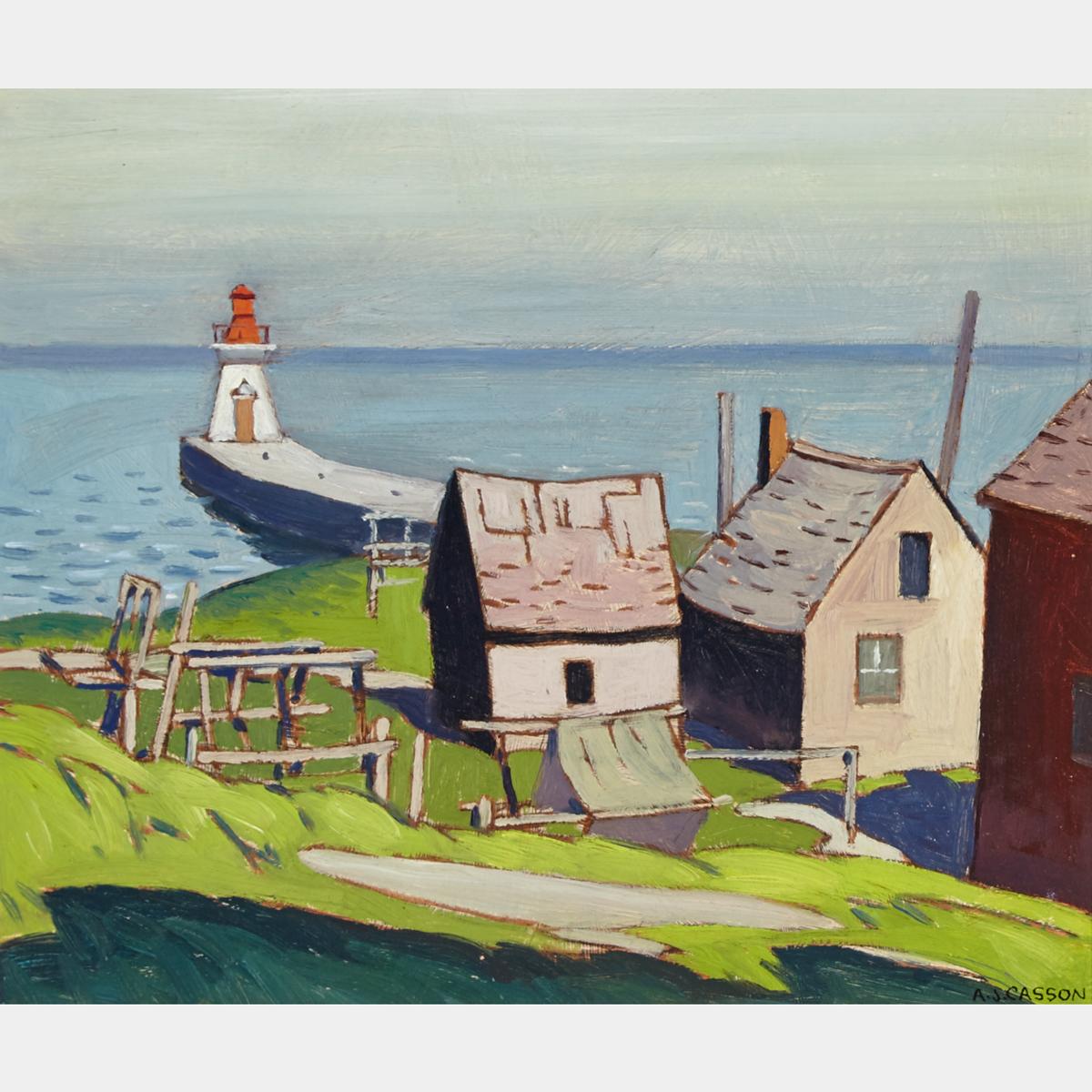 Lighthouse at Bronte was painted following the defining year of Casson’s career. In 1926, not only was Casson made a member of the Group of Seven, he was also elected associate of the Royal Canadian Academy and founded the Canadian Society of Painters in Water Colour. Casson had been associated with the Group for six years, and by this time he was a firmly established artist. He was exhibiting regularly and was already represented in the collection of the National Gallery of Canada. Upon joining the Group, Casson became wary of their strong influence and took measures to maintain his own style. When selecting sketching locations, Casson focused on rural towns and villages in Ontario as a way to develop his own niche. Lighthouse at Bronte was painted in Bronte Village in Oakville, one of the oldest communities in Ontario.