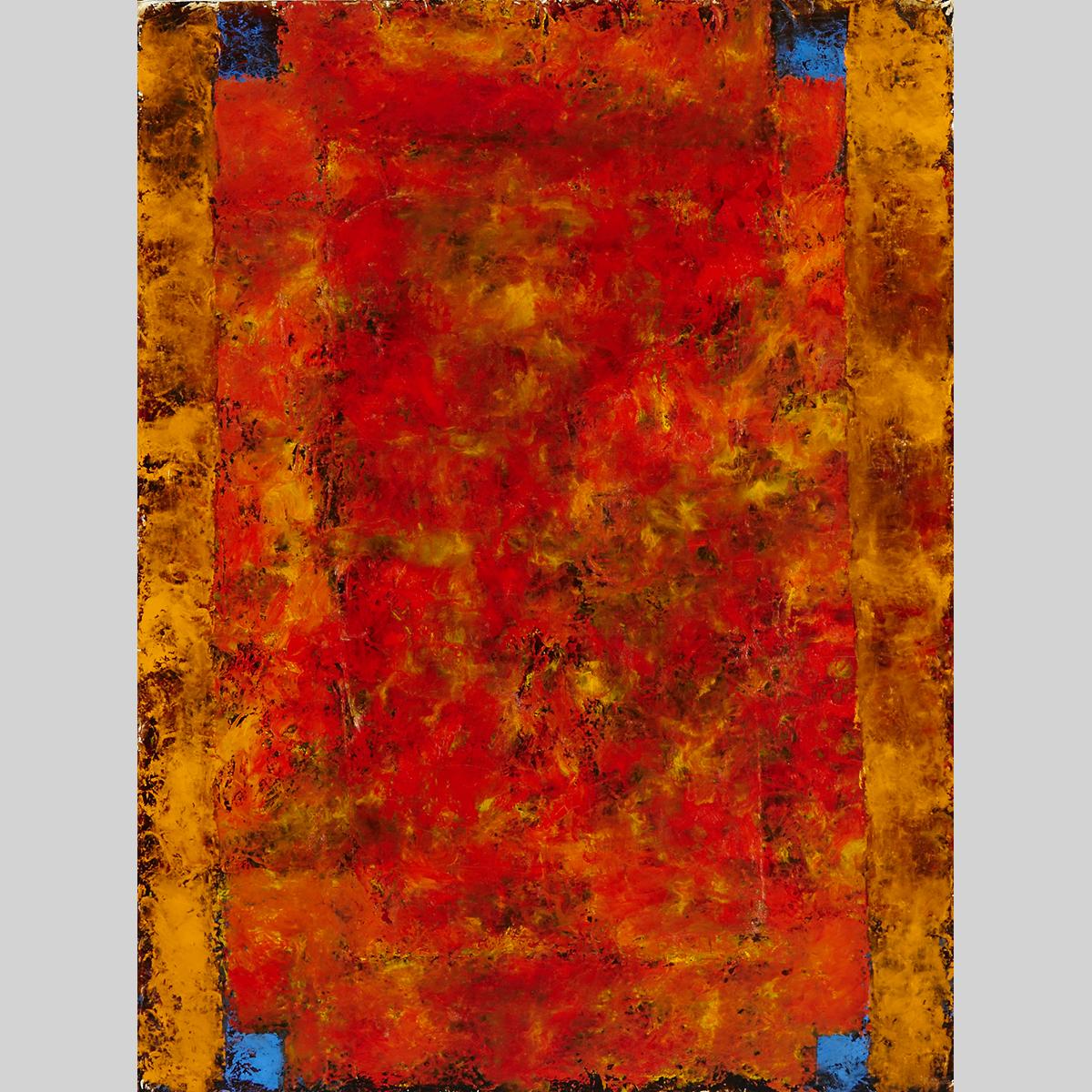 Naubert-Riser writes that in early 1964, using the cruciform as his departure point (see lot 47), “McEwen created a key series that was the culmination of all his previous investigations.” She continues: “This whole series (The Unknown Flag or Drapeau Inconnu) is notable for its high degree of rigour...McEwen varies and increases the tension between the central form and the four corners. Extremely rich reds dominate the series and are combined, in numerous stratified layers, with mauves, blues and oranges. The intensity of the colour, in conjunction with the rigour of the composition gives rise to a controlled exuberance that is reinforced by the ‘painterly’ treatment of the impasto involving the ‘kneading’ with a trowel of layers of pigments applied over a layer of varnish.”

McEwen often applied paint with his hands, forgoing the paintbrush, and worked the surface of the painting until, in the words of one observer, “...it seemed to vibrate like a drum.” McEwen himself spoke of “rubbing the colour into the varnish” in order to obtain unique effects of transparency.

Only 23 paintings comprise this series.