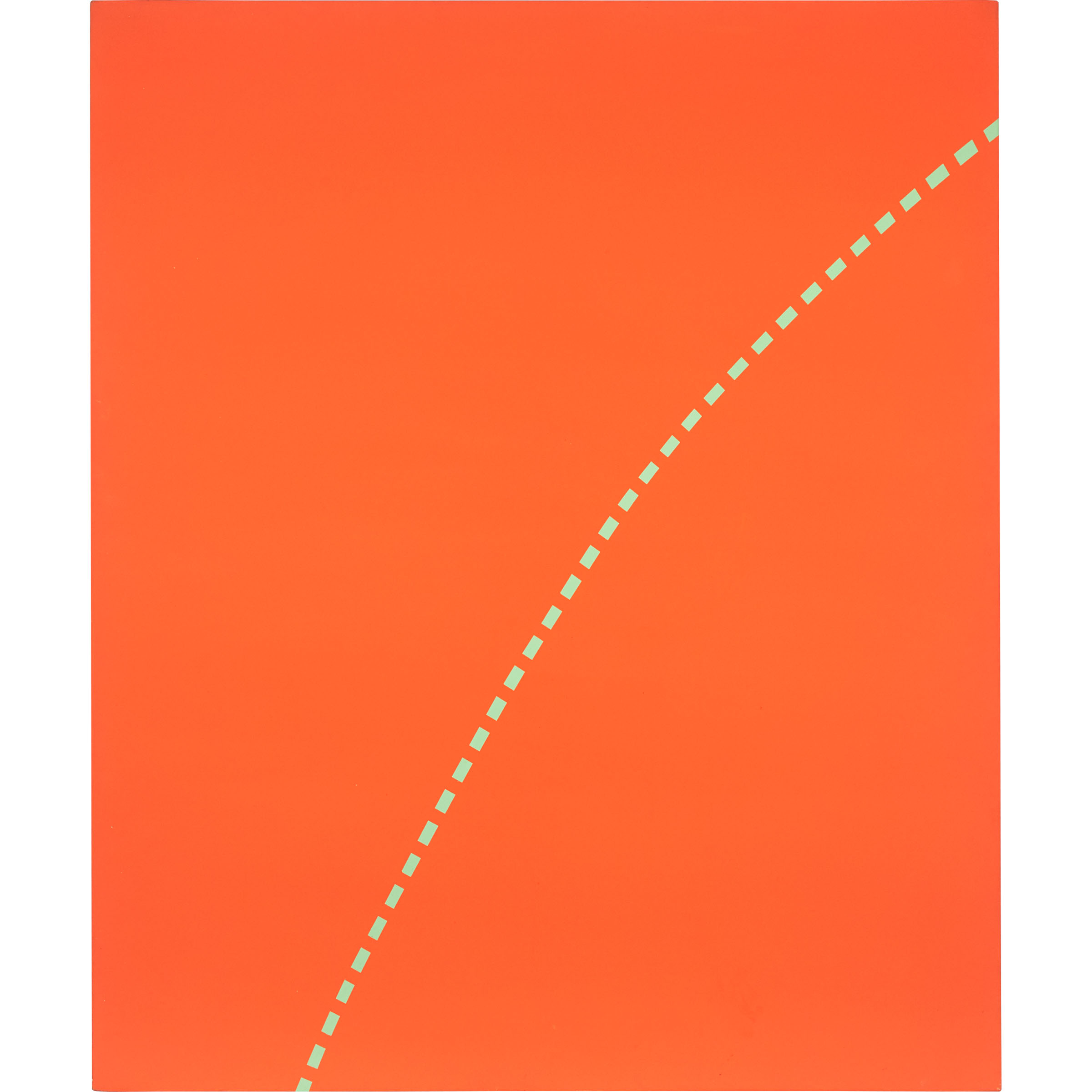 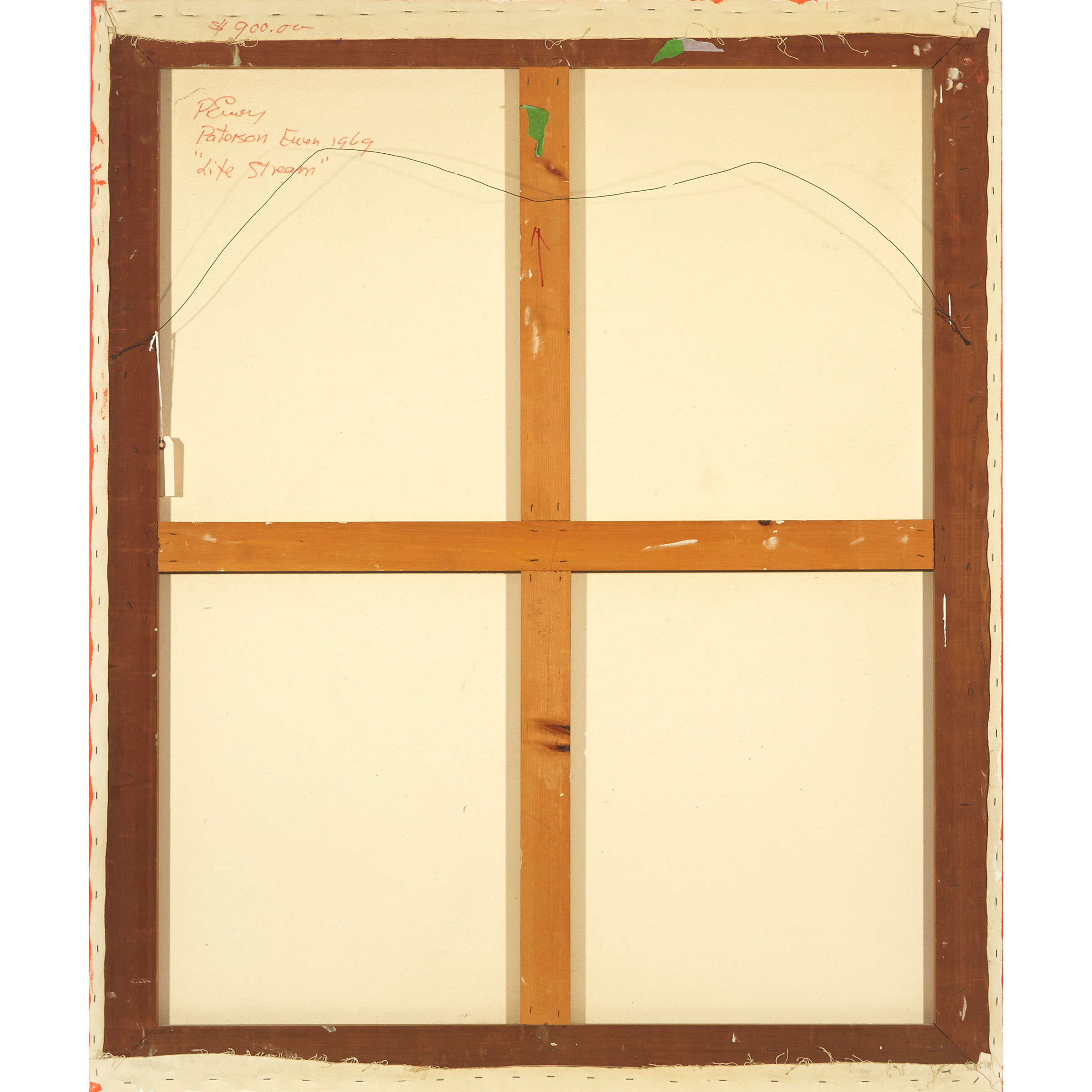 Ewen exhibited in four group exhibitions and had his first solo at Carmen Lamanna Gallery, Toronto, in 1969. The price inscribed on the verso, suggests that it was included in one or more of these exhibitions. It is possible that "Life Stream" was included in Paterson Ewen Retrospective, London Art Gallery, November 5-19, 1976; checklist no.29 and catalogued as from the collection of the artist.

One of the earliest examples of a vigorous abstracted painting by Paterson Ewen is “Still Life”, 1950 (collection Musée des beaux-arts de Montréal, MMFA). It offers an apt comparison to Paul-Émile Borduas’ work, as Ewen was acquainted with him. Ewen’s first pure abstract was done in late 1954.[1] Such work was first exhibited at Espace 55, Montreal in February 1955.[2] It is generally written that the first “Life Stream” titled work was done in 1958 and inspired by a Haida canoe motif in the Royal Ontario Museum.[3] There are several others as well as a related 1959 work titled “Courant de Vie” (“Current of Life”) in the collection of the MMFA.

The minimal composition “Life Stream” works (not all are so-titled) continued after Ewen moved to London, Ontario in 1968; the last in 1971. They were first shown at the Dunkelman Gallery, Toronto in 1967. While the compositions varied, they were in tune with the hard-edge and minimal painting that was in the air internationally but distinct from artists such as Guido Molinari and Yves Gaucher. Ewen’s objective was not a systemic-geometric composition; he saw his minimal lines as “the trace of something moving through space,”[4] or time. A 1968 painting with a purple ground is titled “Life Stream with Time Intervals B”.[5] Several of the works from 1968 to 1971 have a comparable single curved line—either solid or dotted—on a coloured or white ground (four of these untitled works from 1969, are in the collection of the Art Gallery of Ontario). To date only three other curved line “Life Stream” works with a colour ground are known. The bold orange ground of “Life Stream” is unique, although Ewen used it in other geometric paintings in the 1960s. Its dotted line, done with masking tape, is significant as it led to a breakthrough with his 1970 painting “Traces Through Space” (AGO); by dipping a piece of felt in paint and making a dotted line, “I realized I was into phenomenon,”[6] and led to his first “phenomenon” painting, “Rain Triptych” 1970 (AGO); the dotted lines became rain.

Rather than a period or a transition, the life stream motif remained with Ewen and re-appeared in late career works such as the 1996 watercolour “Traces of a Heavenly Body Out of Order” (Museum London), and the mixed media work “Flying Rope”, 2000 (AGO).