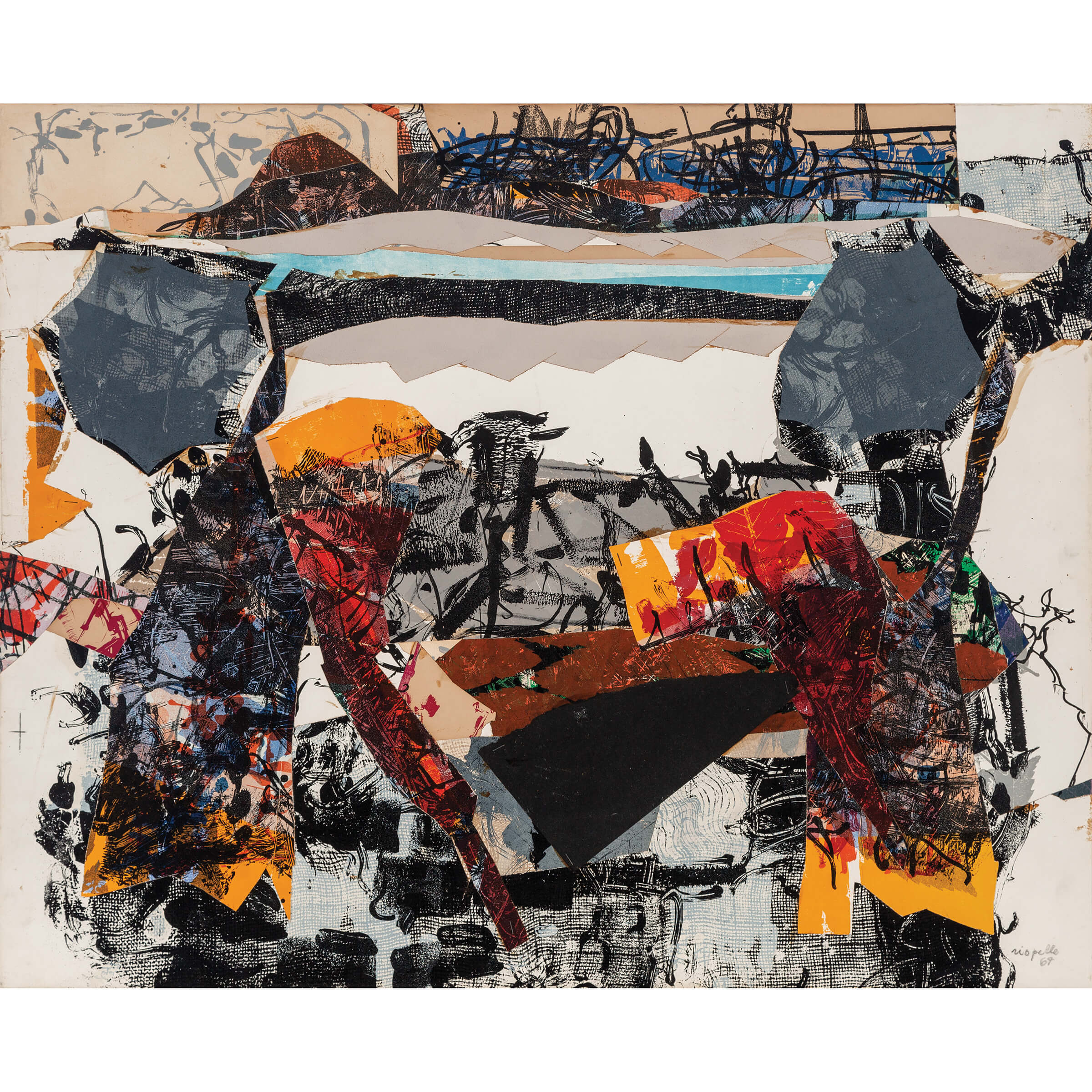 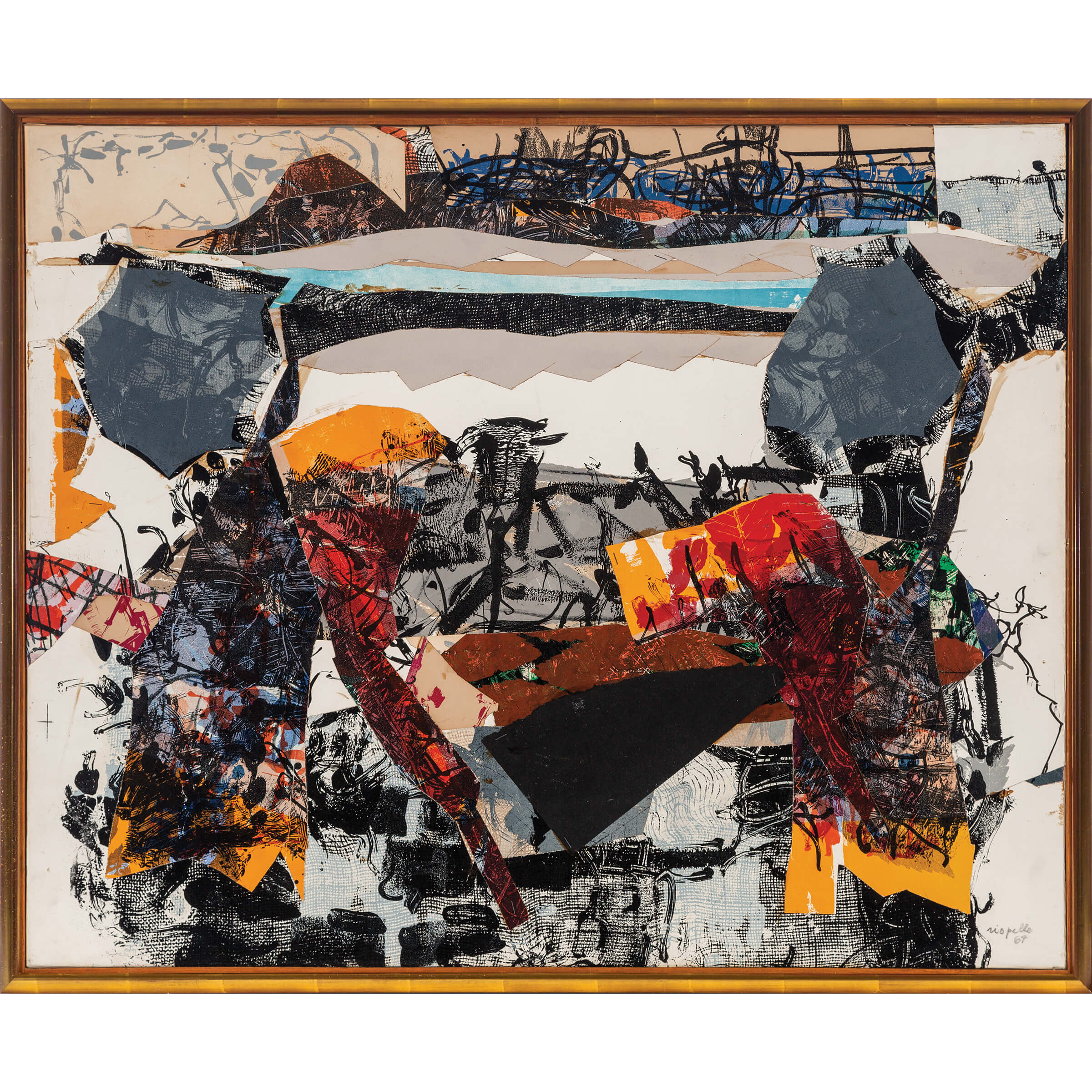 "Recycling & Mutations or The Phoenix Reborn" by Monique Brunet-Weinmann in Yseult Riopelle (ed.), Jean Paul Riopelle, Catalogue raisonné des estampes, Hibou Éditeurs, Québec, 2005, pages 60-72 for an extensive and illuminating discussion of this period of Riopelle's production and examples of other litho-collages.

In 1966, Jean-Paul Riopelle (1923-2002) joined the stable of artists represented by the renowned Galerie Maeght, who also represented such artistic heavyweights as Miró, Braque and Calder among others. Stéphane Aquin writes that "to mark his first exhibition, the gallery devoted an entire issue of (their promotional publication), Derrière Le Miroir, to Riopelle". It featured ten lithographs based on ten gouaches by the artist. As a by-product of the project, Aquin notes, Riopelle "developed a passion for printmaking" and in 1967 "produced nearly forty lithographs".

In 1967, the year this lot was produced, Riopelle began recycling the lithographs, which had been based on his gouache paintings, to produce new works in collage. Like Miró, whose works Riopelle would have been familiar with, Riopelle used metal pins (in this case staples) to tack shapes he had cut out from his own discarded lithos, onto his canvas support. This allowed the positions of each of the elements to be easily changed and reconsidered. The reverse of this lot shows that the staples Riopelle used have been left unpinched to facilitate this process.

According to Monique Brunet-Weinmann, Riopelle's experiments in printmaking beginning in 1966 "gathered together a whole, quantity of rejected proofs, failures and stained copies that would normally have been consigned to the studio's waste bins - and to history! - were it not for Riopelle's highly individual method of working which meant that he could see in a flash which parts of these rejects he could salvage and make use of."

While the litho-collages are works of art in their own right, they inevitably act as a lynch-pin between what preceeds them (including the gouaches and the experiments with printmaking) and the works that follow. As Brunet-Weinmann notes: “It is interesting to define just what characterizes Riopelle's manner of using collage and to study the effect that this medium has on his other artistic work.” She writes: "Indeed nothing could have been more irritating to Riopelle than repetition...and yet, of course, this is precisely the function of printmaking". Therefore, it is in works like this lot that Brunet-Weinmann argues "we see a total negation of aesthetic intentionality (in terms of a repeated image) and an affirmation of aesthetic intentionality in spite of, and also because of, the original deconstruction" - in other words, the Phoenix Reborn.

This lot, which is dated '67, is among the earlier works produced using the litho-collage technique. 1967 is also the year that Riopelle was the subject of a major retrospective at the Musée du Québec, his first major exhibition in his native province.