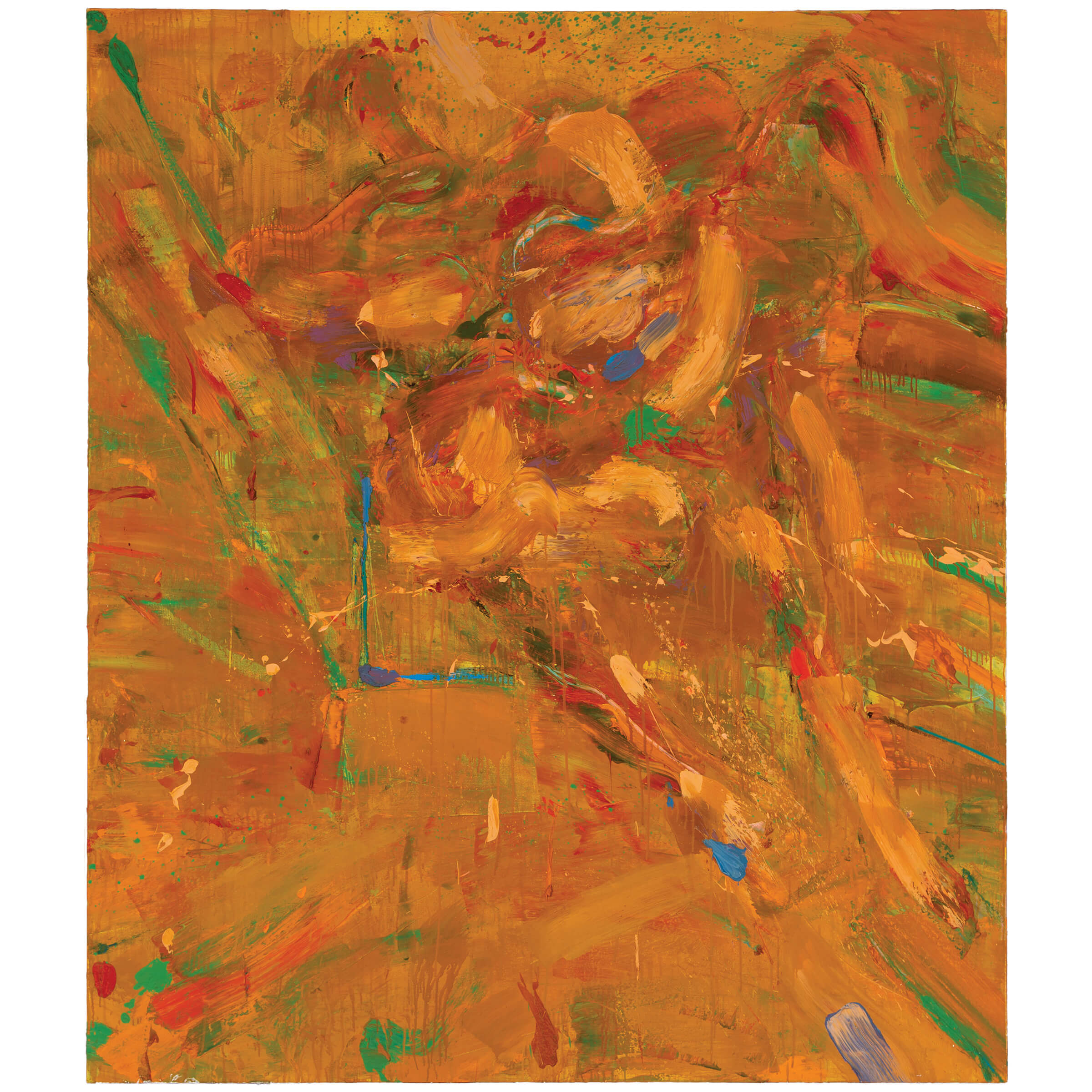 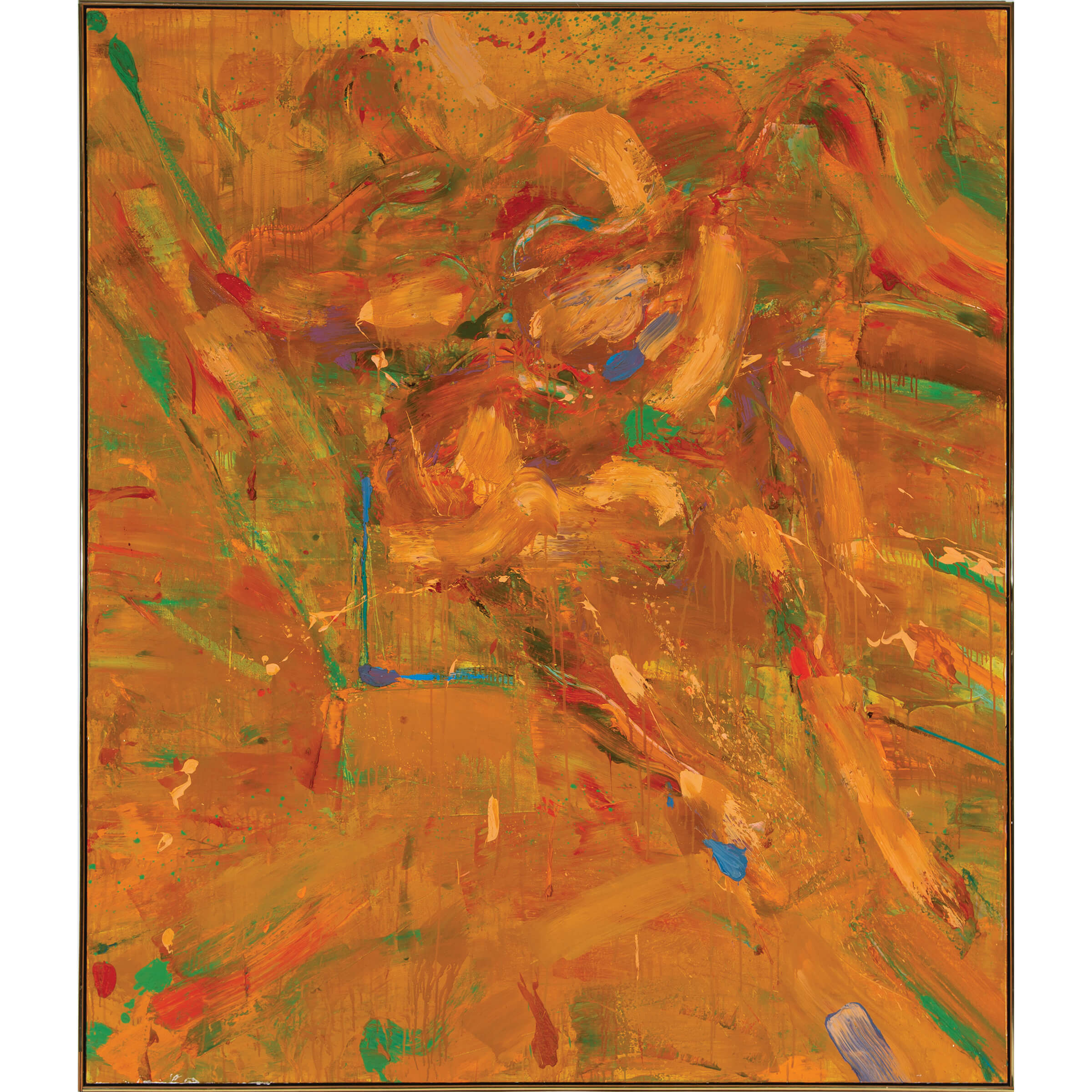 Inspired by jazz, poetry, and Dadaism, John Graham Coughtry (1931-1999) embodied a group of Toronto artists energised in the late 1950s into the ‘60s by the potential of abstraction and free-form expression. Infamously, he declared that “every damn tree in the country has been painted” - a feeling which brought impassioned and radical developments by the artists of Isaacs Gallery - a group that included Snow, Wieland, Rayner, Burton, and others. Coughtry saw fit to return repeatedly, and perhaps unexpectedly, to the figurative: to bodies abstracted.

Produced after the flurry of his early career, Afternoon Lovers sees Coughtry exploring the representative possibilities of colour and impasto. Two bodies are intertwined in a vortex of energy and splashes of colour, richly rendered on a massive scale. As is often the case in Coughtry’s works, there is a lack of distinction between figure and ground: the bodies, floating in an indeterminate space, are suffused with colour and energy until physical form is dissolved almost entirely. It is difficult to see where one body stops and another begins, both figures blurring together in a tangle of ochre and peach. Exploding outward are volcanic streaks of green and sparking flashes of blue. There is a sense of swagger or bravura in Coughtry’s style, rendering the pigments with a sensuous thickness and texture that causes the canvas to glow white-hot while giving substance to the evasive figures.

Titled for Pablo Neruda, we can see how the poet’s sense of the push and pull of attraction might have inspired the painter. From ‘Leaning into the Afternoons’:

...Leaning into the afternoons I fling my sad nets
to that sea that is thrashed by your oceanic eyes.

The birds of night peck at the first stars
that flash like my soul when I love you.

The night gallops on its shadowy mare
shedding blue tassels over the land.