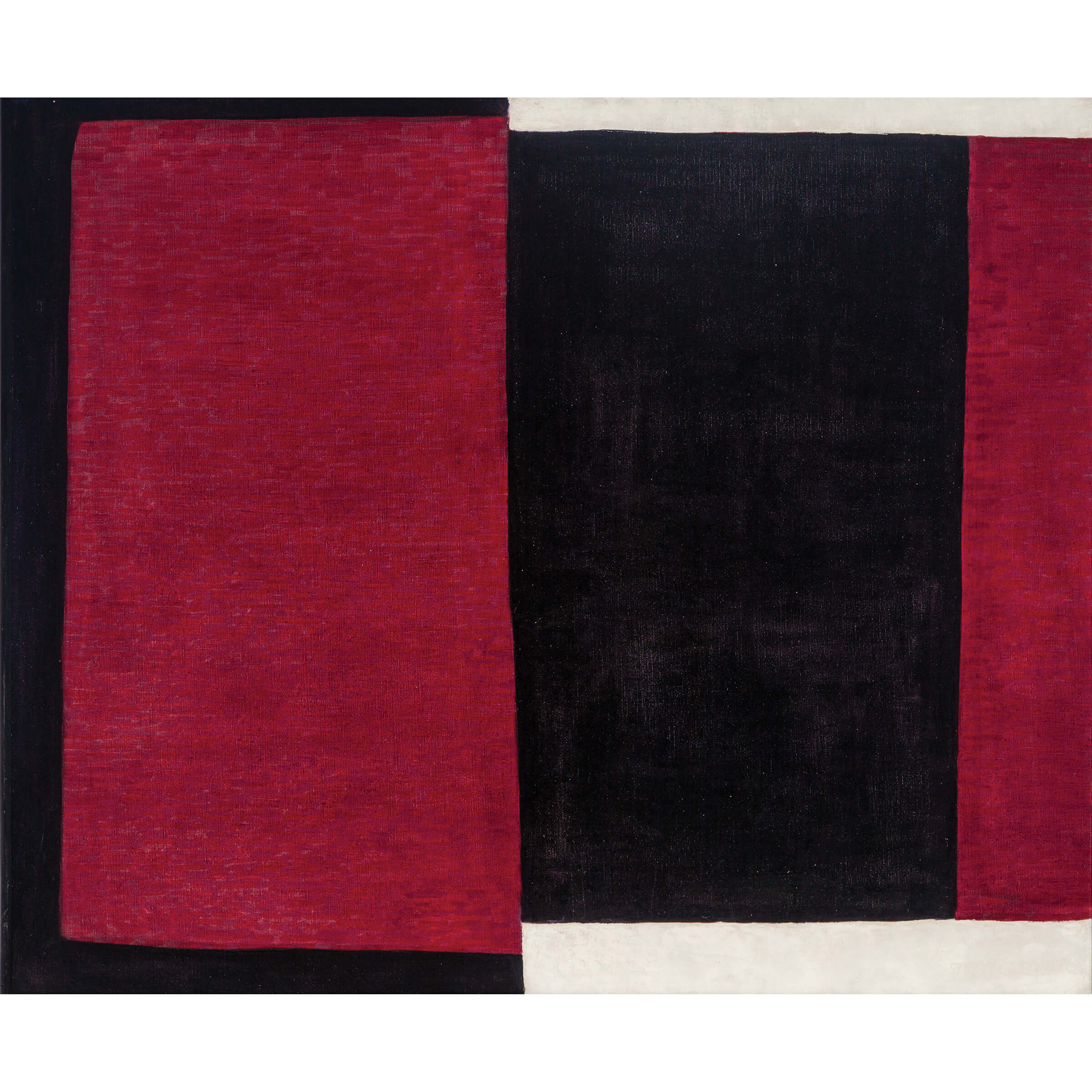 Marion Nicoll (1909-1985) was born in Alberta and became one of the first abstract painters in that region. In 1957, she visited Regina. 1950’s Saskatchewan was a stimulating place for modern artists. Here Nicoll learned to merge her interest in landscape with the language of abstraction.

In Red Rock, Black Rock all detail is simplified to chroma pushing against an edge. Marion Nicoll has rendered a wonderfully unstable field. Two white beams lift the black rock to slide off the edge of the larger, energetic red rock. None of the edges in the painting are perfectly straight, yet all are hard. Nicoll demonstrates a mastery of meeting the geometric with the organic. The rocks relate but do not align. Nicoll has captured the paradoxically restless nature of rock formations: always shifting, forming new configurations, slowly advancing and receding, moving to some place undefined.