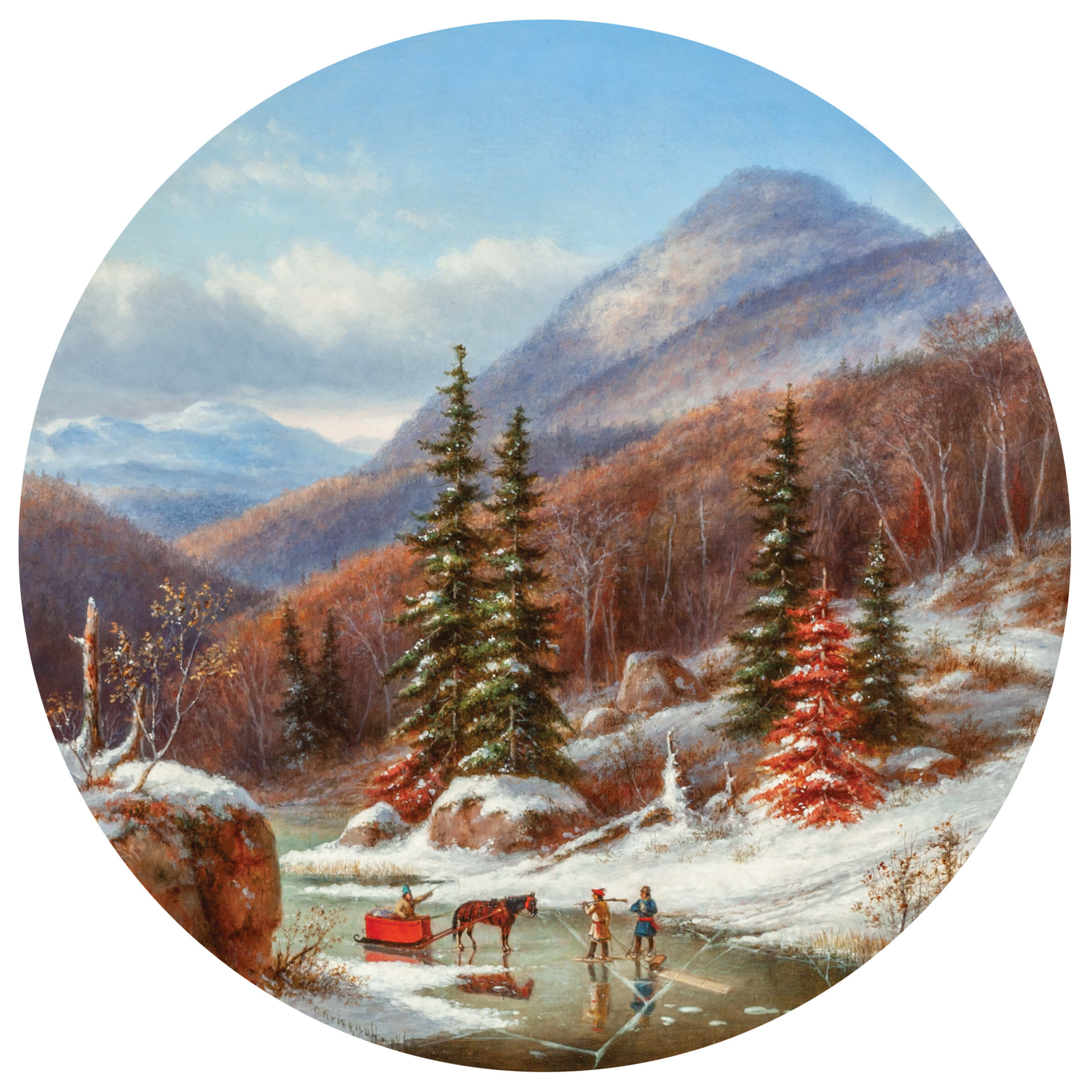 STREAM ON NORTH SHORE BELOW QUEBEC 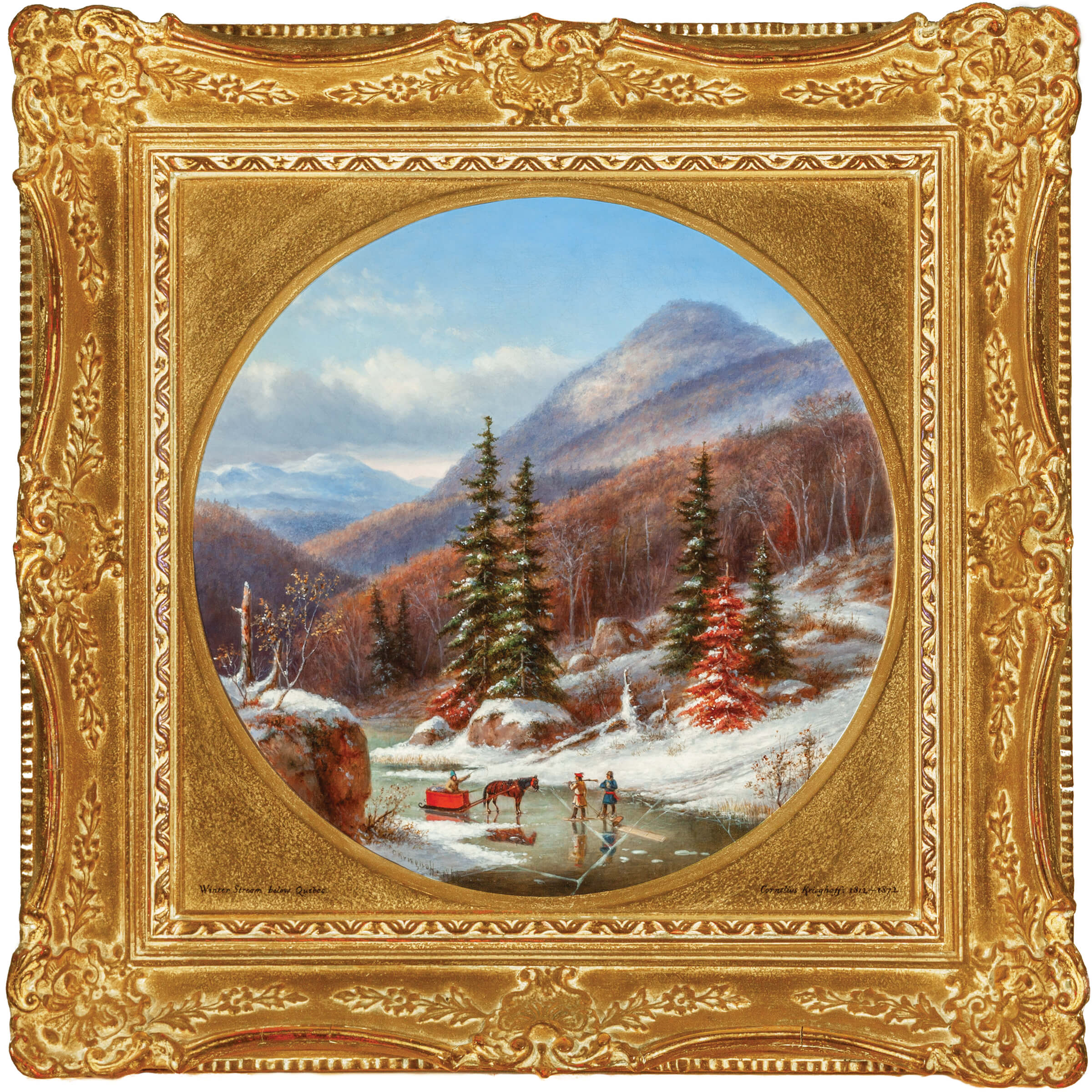 It was not unusual for Cornelius Krieghoff (1815-1872) to repeat subjects that were popluar among his patrons (see lot 69). Marius Barbeau identifies six versions of the subject depicted in this lot - only two of which, however, are formatted as rondelles.

A very closely related composition from circa 1860 entitled In the Jardin des Cariboux, Fifty Miles Below Quebec was used by the late renowned Toronto dealer, Blair Laing to illustrate the chapter on Krieghoff in his two volume memoir.  A larger related scene from the same date as this lot forms part of the Thomson Collection, and was earlier owned by Lord Strathcona, the railway magnate who drove the last spike at the Craigellachie. And yet another, Winter Landscape, Laval may now be found in the collection of the National Gallery of Canada.

This work has much in common with all of these works. The narrative is situated on the surface of a frozen river or stream which emerges from a deep Laurentian valley, an isolated spot illuminated by a clear blue Canadian sky under which two groups meet.  Sometimes they are there coincidentally to take on water from a hole smashed into the ice, and sometimes, it would seem as though a rendezvous has been pre-arranged in order to catch up on local news.