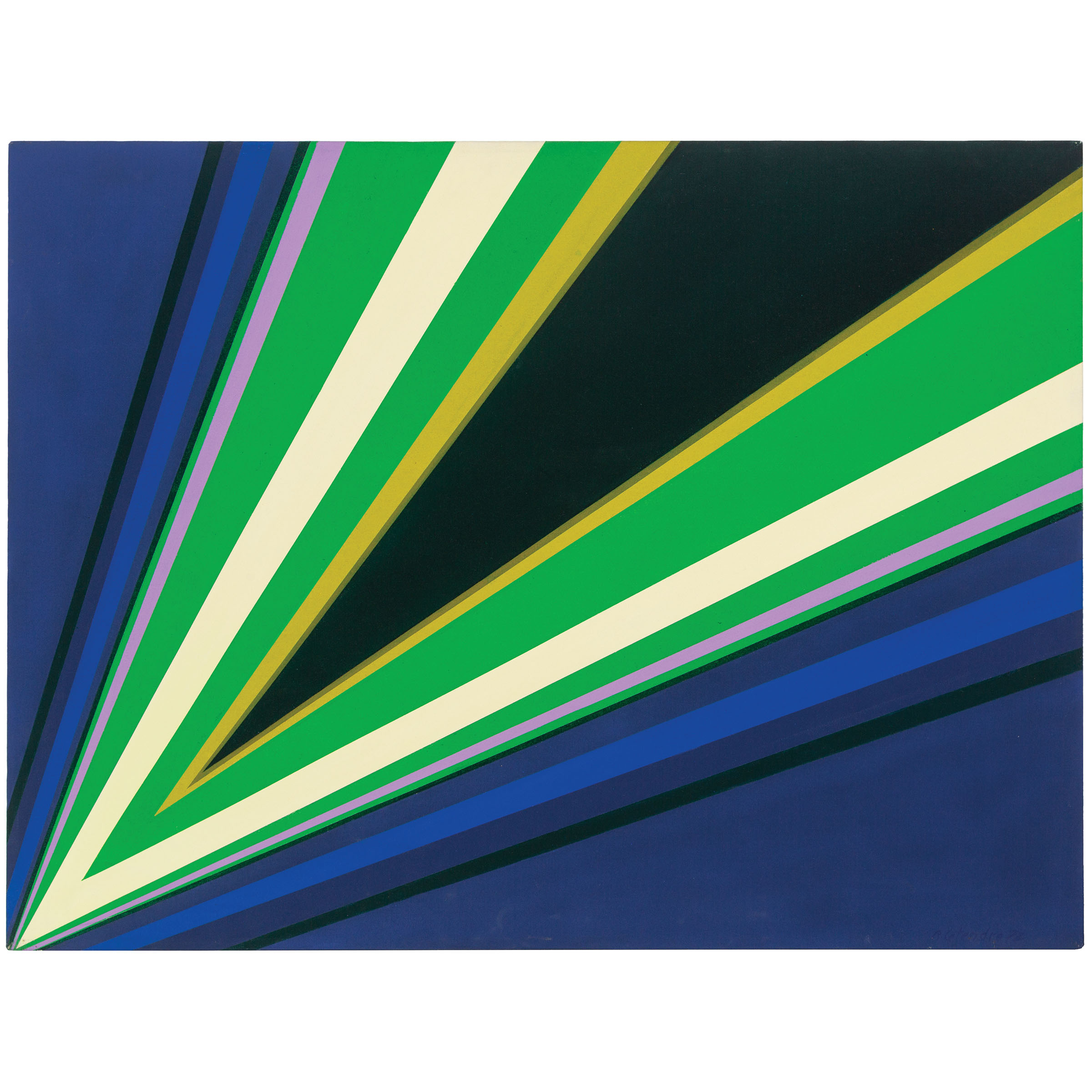 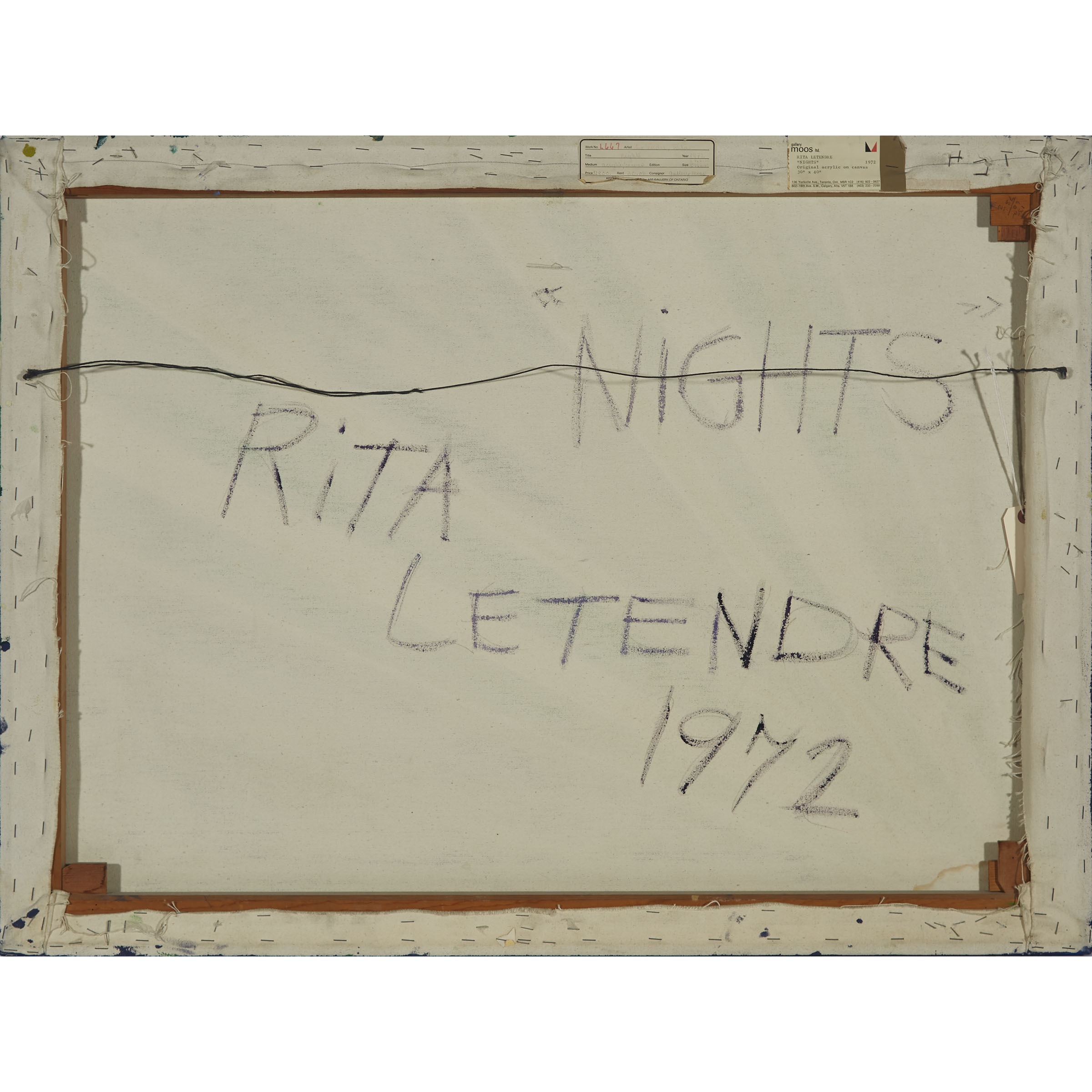 Rita Letendre established a vital presence in the languages of postwar abstraction. Her paintings of the 1950s and early 1960s were characterized by gestural impasto, an affinity for and association with Paul-Émile Bourduas and the Automatistes. After a 1965 sojourn in California – and her first major public mural, Sunforces at California State University, Long Beach – Letendre’s work became more precise or “hard edged,” and initially near black and white monochromatic. One source suggests a shift due to her first silkscreens, but it also coincided with a period of hard-edge works internationally, as seen in the 1965 MoMA exhibition The Responsive Eye. But unlike much of the optical and constructive tendencies of the time, Letendre’s compositional space expressed a dynamic quality and structure, akin to the c.1911-1913 Futurist “Rayonism” of Mikhael Larianov and Natalia Goncherova.

Nights, 1972 (lot 18) has a dramatic vanishing-point ray with dominant dark and cool graphic colours, whereas in Onled, 1978 (lot 19), a discrete ‘zip’ emerges from the bottom with a counterpoint of softer radiating lines in ochre. Both are classic examples of her studio practice, and used for striking impact in large-scale indoor and outdoor Toronto public commissions in the 1970s. Nights, for Berkshire House, 1971; Onled relates to Irowakan for the Royal Bank Plaza and the painted skylight Joy for the TTC Glencairn Station, both 1977.1 Letendre continued this compositional space into the late 1980s. She has stated that her cues for painting are internally generated–a “zen-state" –a way of being, knowing the world, and expressing the life forces of the universe.

We thank Ihor Holubizky, cultural essayist and art historian, for contributing this essay. Mr. Holubizky received his PhD in art history from the University of Queensland.

1Joy is the only remaining commissioned work but reinterpreted in 2014. Irowakan is now in the collection of Musée d'art de Joliette. All are illustrated in Rita Letendre: Fire & Light, Art Gallery of Ontario, 2017. Onled also shares strong affinities with the three-metre wide Ononada, 1976. Illustrated pp.40-41