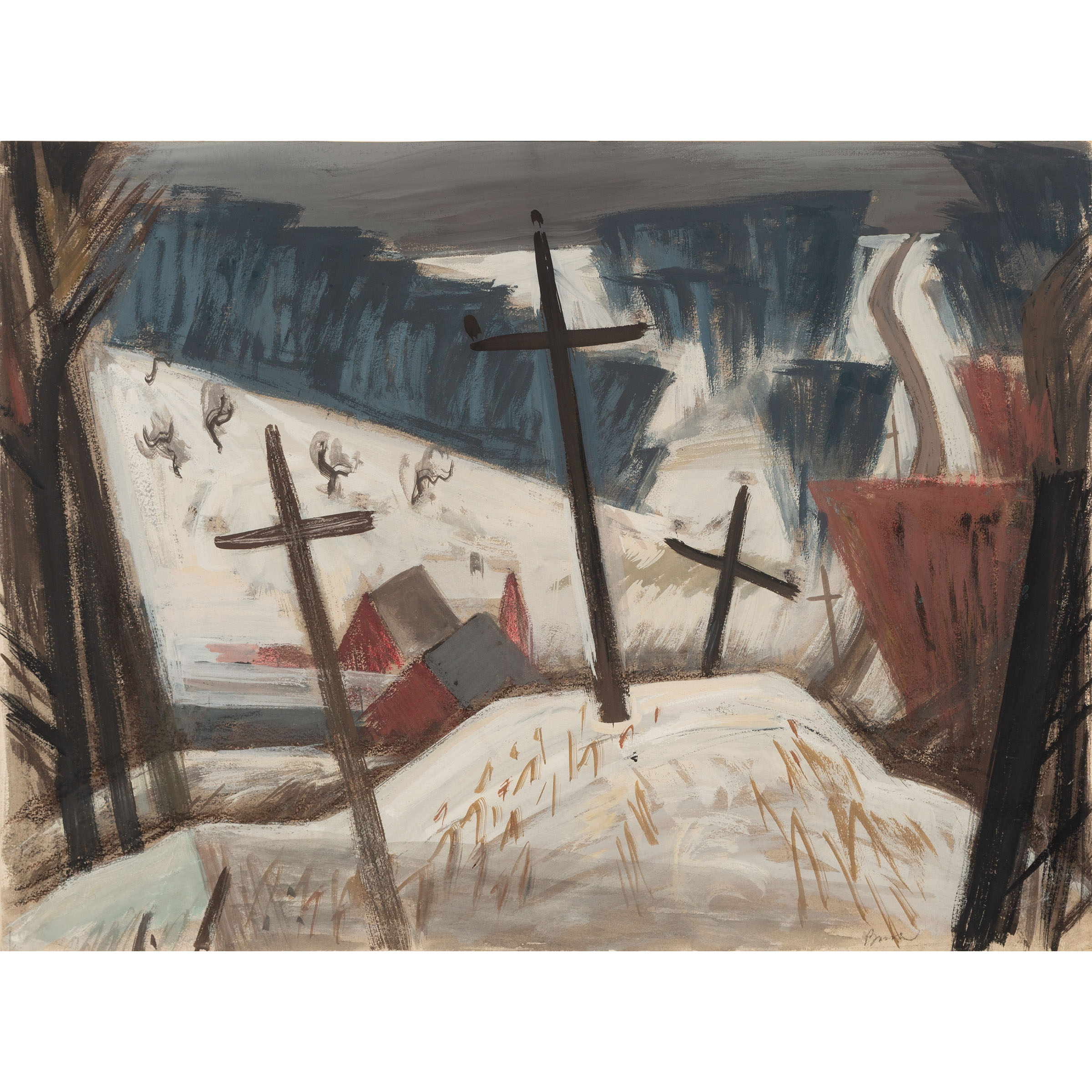 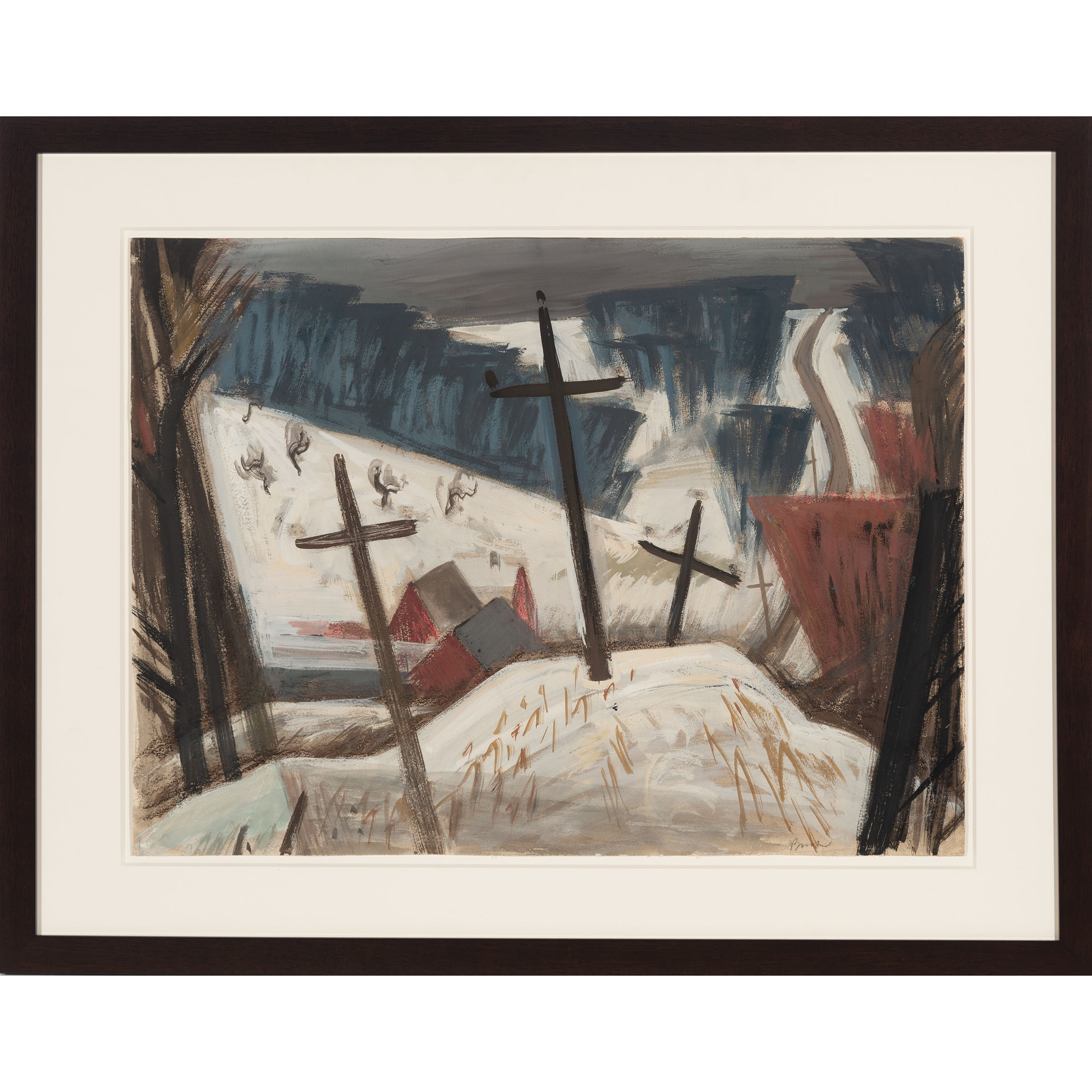 Throughout his fine art career, amid international acclaim, Jack Bush remained a painter dedicated to Toronto. During his early landscape painting days, Toronto provided a variety of subject matters for inspiration. In 1948, Bush was raising a family of three boys with his wife Mabel. They lived on Eastview Crescent, which lies between Yonge Boulevard and York Mills Road, just west of Yonge Street. To the east, the view was Hoggs Hollow – a largely rural stretch of rolling hills and farms back then, but accessible by an electric railway that traveled along Yonge Street, which bordered this once bucolic place.
Valley in Winter is a painting that captures a fascinating moment in Toronto’s history – a transition, or pivot point, between rural and urban. The rolling hills and tufts of forest are carved through with a scatter of houses, a long and winding road and, most prominently, tall utility poles. The utility poles bear an uncanny resemblance to crucifixes in the landscape. Bush was an Anglican but 1948 marked a time of emotional and spiritual struggle for the artist. Evidence of this pivotal time in his life came through boldly and bravely in a solo exhibition of “New Paintings” held at the Gavin Henderson Galleries at 759 Yonge Street in the fall of 1949. The gallery billed the paintings as “provocative” and Valley in Winter was included among other paintings, such as Floating Spirit and Struggling Spirit, both of which are now in the collection of the Art Gallery of Ontario. These two paintings also date to 1948 and are notably abstract, with no discernible human features or objects.
Between landscapes and forays into abstraction, 1948 represents a critical moment in the career of Jack Bush where his worlds were colliding. As Pearl McCarthy noted when she reviewed his 1949 show, the work represented a “period of intensive, personal work,” resulting in his paintings reaching a higher level than anything he had produced previously.1 Another critic, Rose MacDonald, praised the paintings for their “powerfully impactive character.”2

We thank Sarah Stanners, art historian, curator, and Director of the Jack Bush Catalogue Raisonné for contributing this essay.