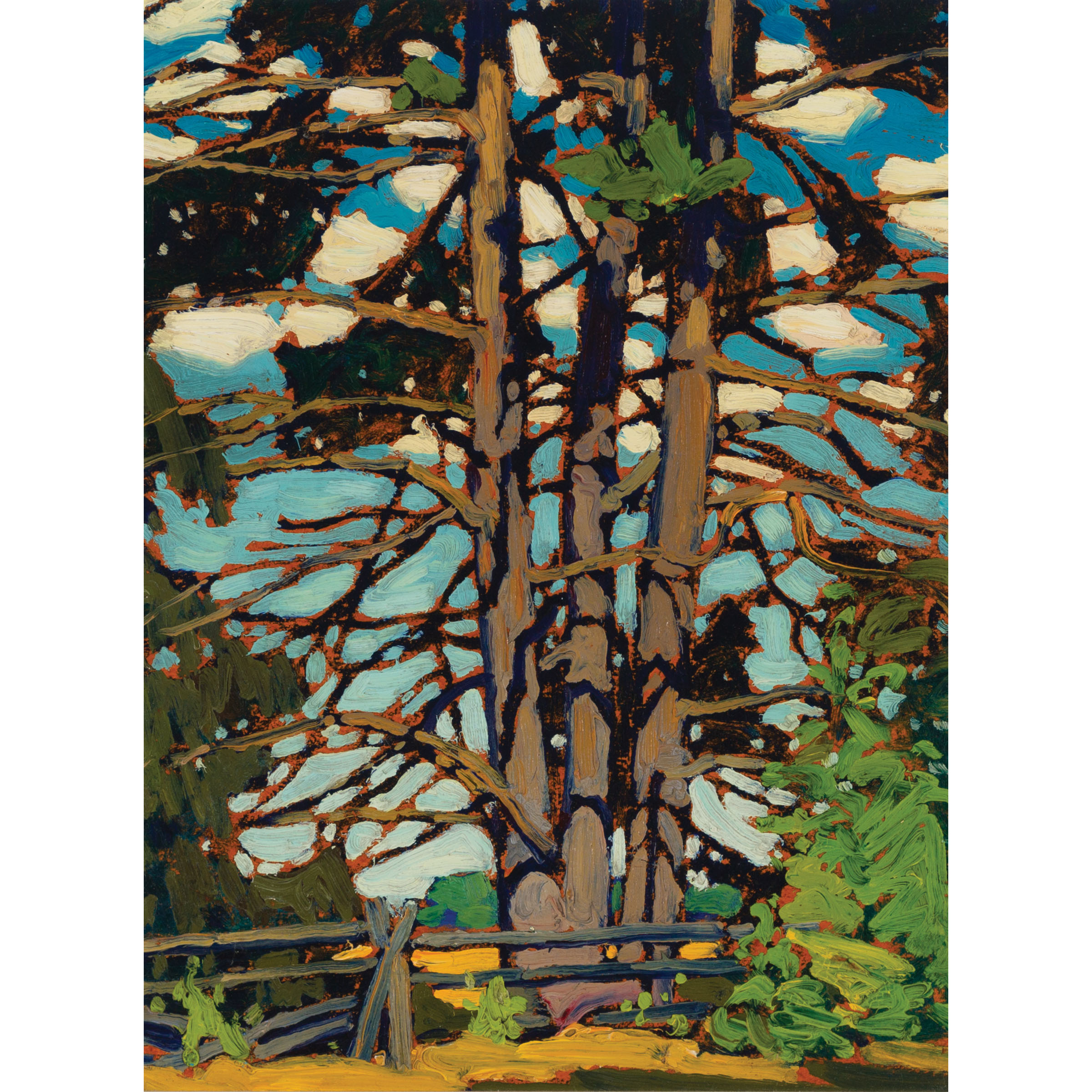 This early work depicts a stand of trees near the Harris family cottage on Lake Simcoe. During this time in the artist's practice, ideas of how to depict "our Canada" as a unique and original subject seen through truly Canadian eyes was at the forefront of Lawren Harris's mind, mirrored by Canada’s emergence as a nation apart from colonial Britain because of the valiant participation of our troops in World War One.

In 1916, when this painting was made, Harris was spending much of his time training soldiers at Camp Borden, not far from Lake Simcoe. Harris would experience a heartbreaking loss when his younger brother Howard was killed in battle just two years later.

The bright sunny scene is alive with colour - a golden field, cool green evergreens and vibrant ombre turquoise blue sky almost make the viewer feel like they are standing right in that warm summer sun - a respite from the difficult reality of a world at war.

This painting has been owned by the same family since its acquisition in the 1930s, likely when the Studio Building contents were dispersed, and has been passed down through three generations.