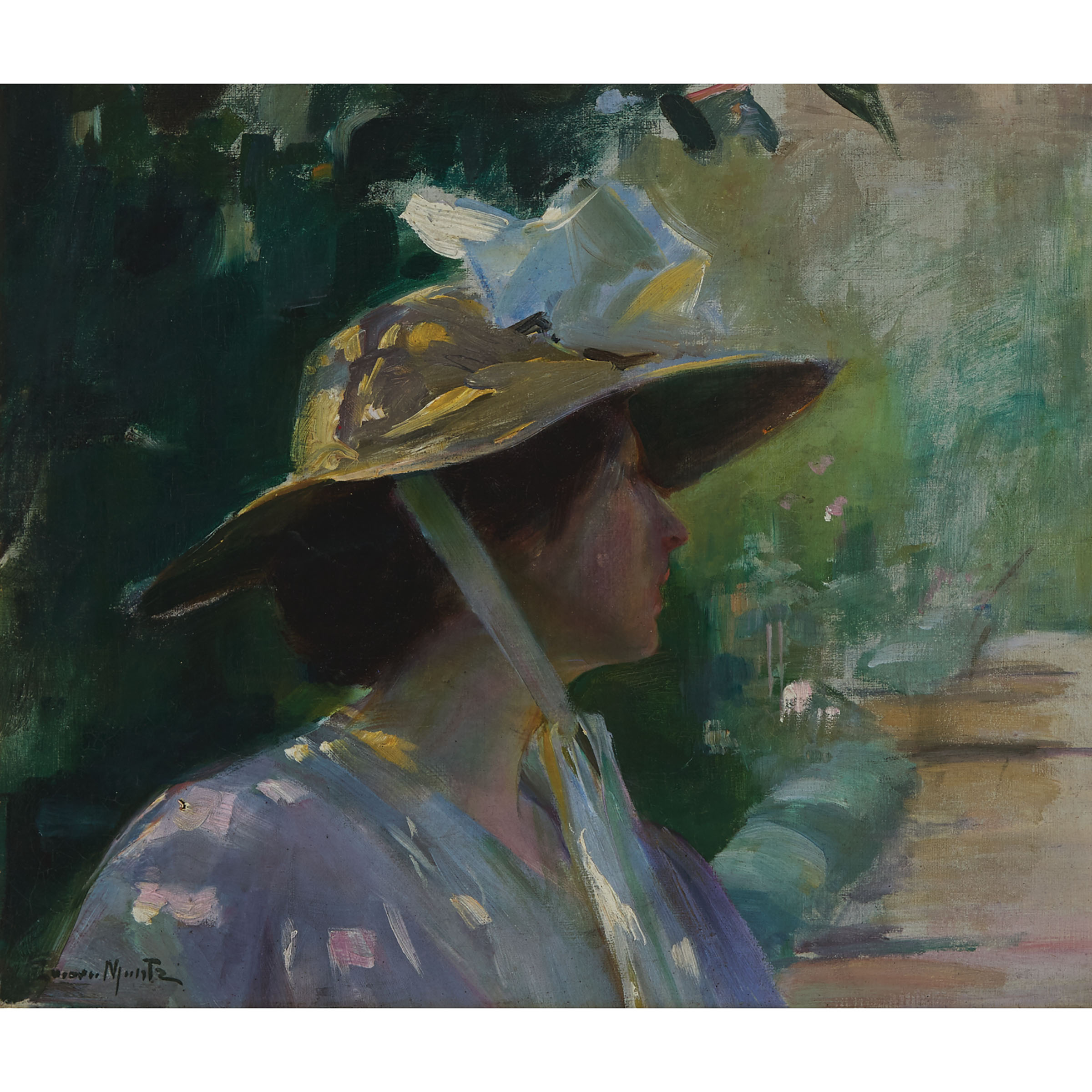 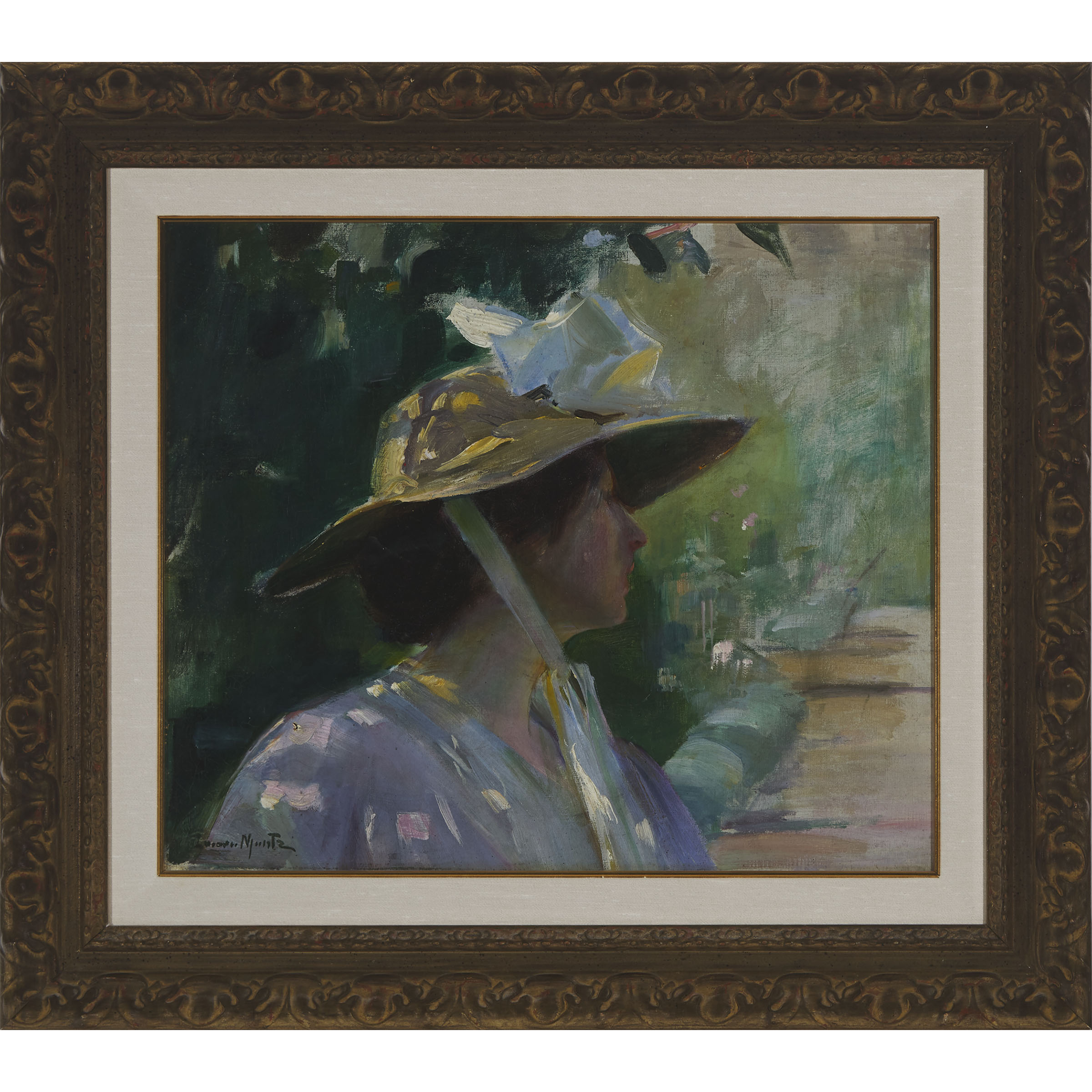 In 1897, Laura Muntz was in France during her second trip to the country. She was finding success in her work, landing the position of massière (studio head) at the esteemed Académie Collarossi, while also showing her paintings at salon exhibitions, where they were well received. At the age of 37, she was also in love for the first time with a French gentleman. Perhaps this painting exemplified her positive mood during this moment in time due to her blossoming success professionally. She was honing in on her own style during this later period of Impressionism, and experiencing romantic love for what would prove to be the only time in her life.

Best-known for her tender portraits of children who look directly at the viewer, this work is markedly different. The subject is turned away, the angle of her body and gaze leading the eye down a sunny garden path. There is a serenity and stillness about her, with the only sense of motion coming from the dappled shadows that dance across her shoulder and hat.

Shortly after this painting was completed, Muntz would discover that the Frenchman she was in love with was married and had been misleading her. She fled to Canada, where her life would take an entirely new path - away from that of a successful Impressionist artist living in France and into a more conventional role for a woman of that era.

“..Muntz’s reaction to her betrayal was typical of the reticence and reserve she displayed throughout her life. Although she knew it was a mistake to return to Canada as far as her career was concerned, she felt compelled to withdraw from the scene of her greatest happiness and success. In her confusion and grief over this man, the only one she ever thought of marrying for love, she came home in early November, 1898.”1

While she continued to paint -portraits specifically- in Canada, she purposely toned down her Impressionist style as it was not sought after by Canadian patrons. Muntz also took up teaching positions in Ontario and Quebec.

In 1915, after the death of her sister, Muntz married her sister’s widower and took on the monumental task of raising their eleven children. Her practice was much reduced after her marriage, but despite these difficulties, was still able to leave behind a legacy as one of the finest Impressionist-style Canadian painters.