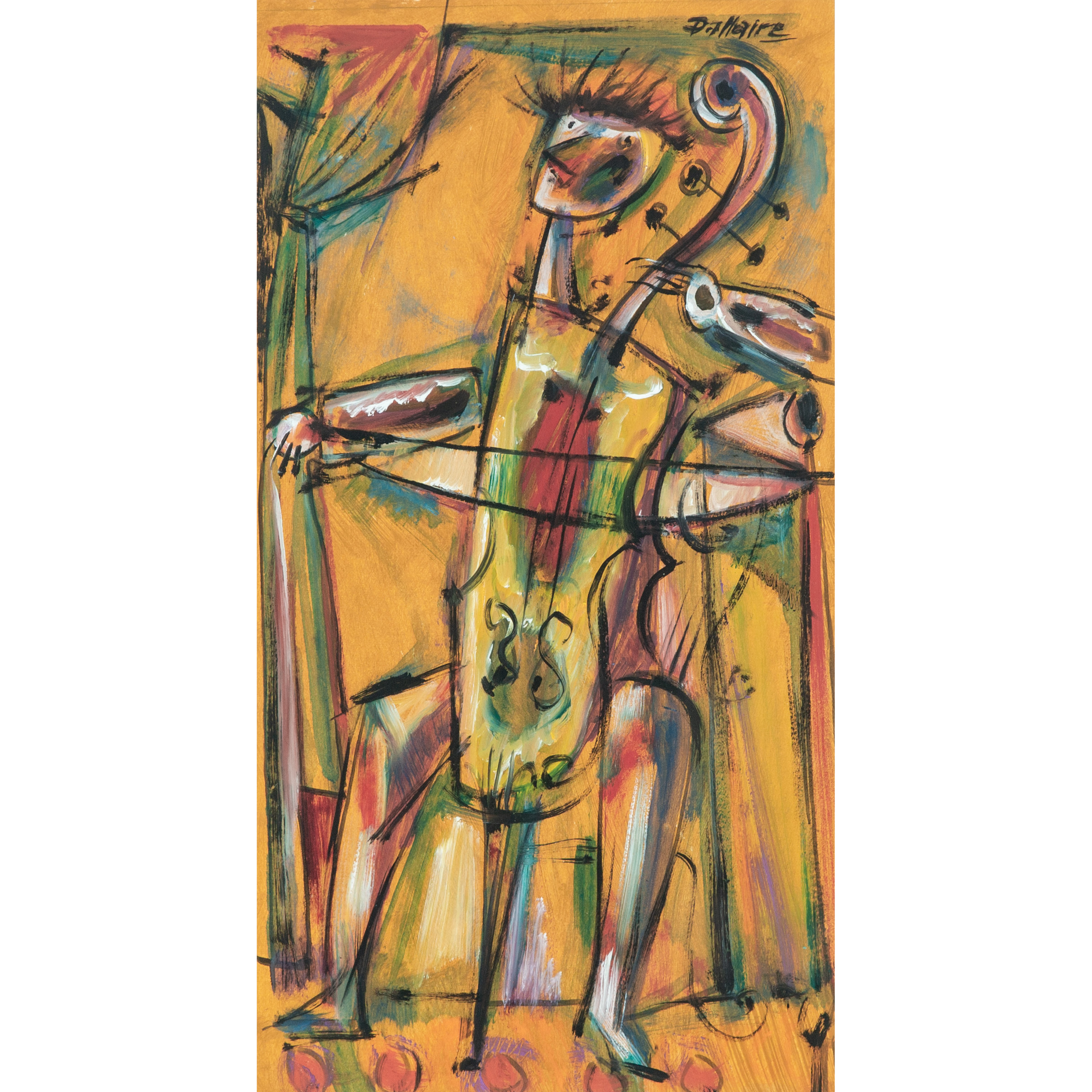 Jean-Philippe Dallaire (1916-1965) began drawing at the age of 11, and early years studying in art colleges in Toronto and Quebec led to an extended period in Paris. Here, he was introduced to the works of Miró, Picasso, and others, as well as meeting fellow Québécois artist Alfred Pellan; through these, he was exposed to Cubism and Surrealism. In contrast to the often impersonal qualities of these modern styles, Dallaire’s works are highly personal, tempered by a sensible working-class background and enlivened by an air of festivity. Dallaire used the strategies of abstraction to feel liberated in his work: transforming highly schematized forms into rich and animated representations.

The two Violoncellist works included here demonstrate his skill in bridging the gap between painting and drawing, as well as a pronounced interest in exploring the boundaries of abstraction while remaining rooted in whimsical representation. The Cubist influence is undeniable but not overbearing: it’s easy to see traces of Braque or Picasso in both subject and palette, while the work settles on a resoundingly humanist centre. Fragments of arms and scalloped wood are evocatively brought to life with spontaneous and bright gestures. There is a sense that the scenes are collapsed on themselves: figure is fused to instrument, while the stage is flattened and bowed out, until the whole tableau seems to thrust forward. Bold calligraphic lines throughout the works bring a sense of spontaneous structure to the scenes, ably demonstrating Dallaire’s talent for draughtsmanship, humour, and caricature.

Estate of Joseph Koenig, Toronto, ON