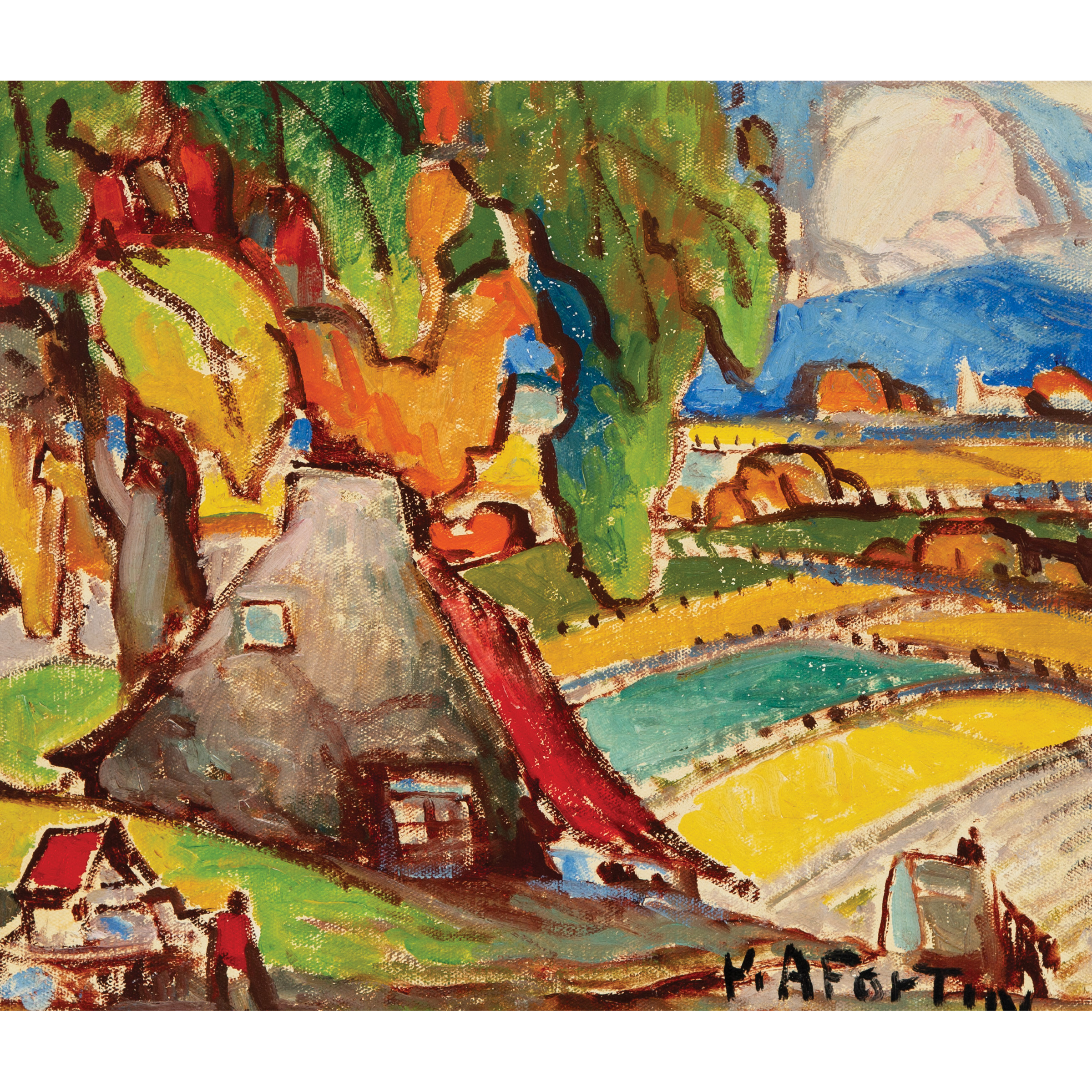 Colour, style and subject support each other harmoniously in this classic canvas by Marc-Aurèle Fortin (1888-1970). Vibrant reds, oranges, greens and blues applied cloissone-style in cells, create a bucolic symphony of shape and hue by which Fortin successfully conjures up the patchwork landscape of his beloved Ste. Rose.

1932 was a busy year for the artist. The Art Association of Montreal held the first solo exhibition of his work and he continued to exhibit widely at other venues throughout Montreal that year. Surmounting the risk of over-exposure, on the contrary it seemed the art world could not get enough of his work. One critic wrote: "...each viewing of his paintings brings with it new enchantment. His work is supremely uncommon in this country where art is in so many ways in its infancy." Unlike his confrères, Suzor-Coté and Gagnon, who also had an interest in "terroir", Fortin did not see the character of French Canada reflected in climate, and veered away from snow scenes commonly produced by other Quebec artists of his generation. François-Marc Gagnon writes that "Fortin intended to distinguish himself from all that" and quotes the artist's claim: "I invented green trees. I said there is more to the province of Quebec than snow!"

Unlike the Group of Seven, Fortin chose to paint rustic nature rather than wild nature and so was drawn to farmed landscapes like this lot. F.M. Gagnon's description of Fortin's preferred subject could easily describe this lot: "little houses with red roofs crushed by the huge elms often roadside; the inevitable hay wagon trundling through his painting." Life was to change for Fortin, whose father died in 1934, and soon after he would depart Quebec for Europe.