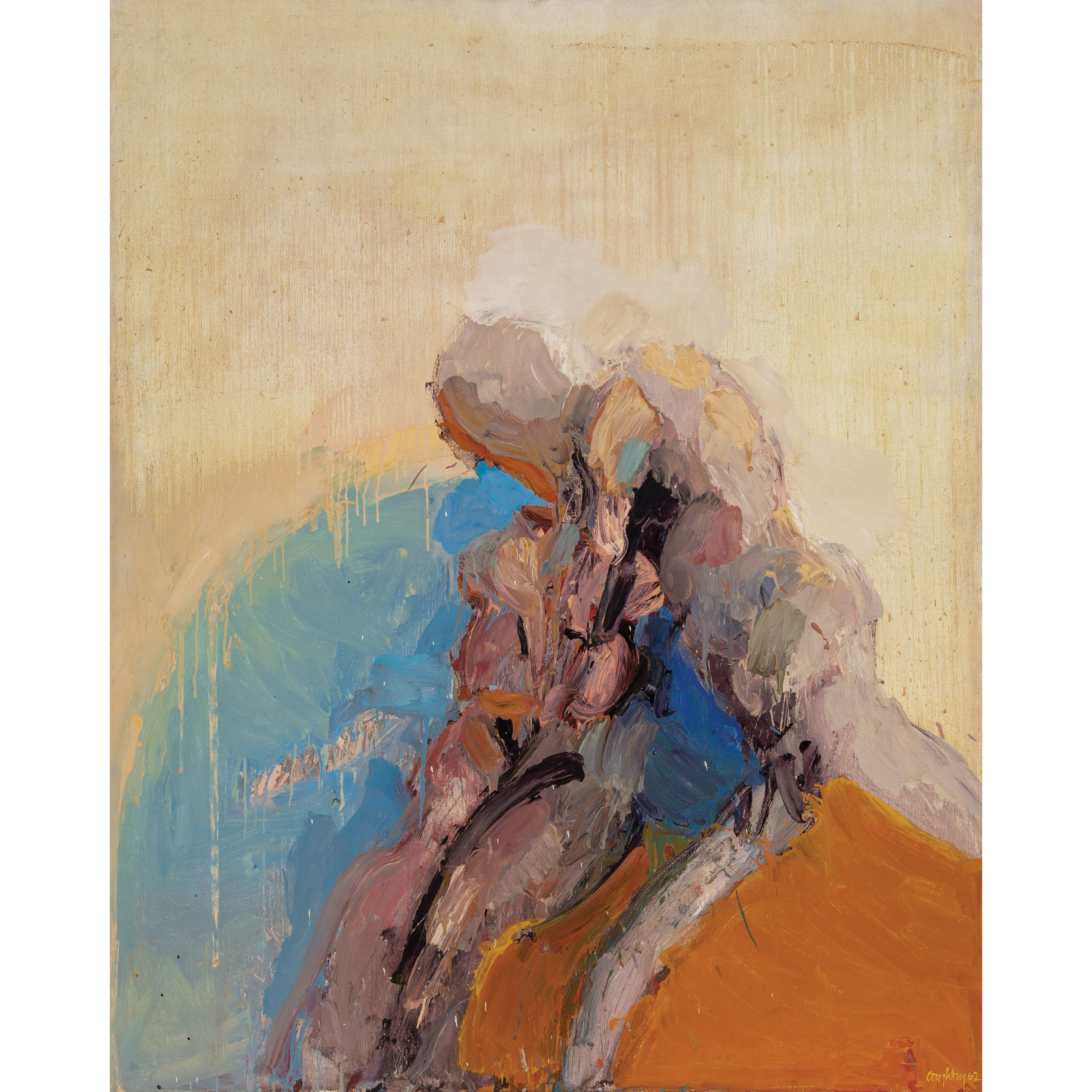 Inspired by jazz, poetry, and Dadaism, John Coughtry (1931-1999) embodied a group of Toronto artists energised in the late 1950s and into the 60s by the potential of abstraction and free-form expression. Infamously, he declared that “every damn tree in the country has been painted” - a feeling which brought impassioned and radical developments by the artists of Isaacs Gallery - a group that included Snow, Wieland, Rayner, Burton, and others. It’s within this context that Coughtry saw fit to return repeatedly, and perhaps unexpectedly, to the figurative: to bodies at once abstracted and resolved by their own energy.

Two figures appear to embrace in Coughtry’s painting, intimately caught in a moment of emergent excitement. An electric energy wavers off the figures, framing and anchoring them against a backdrop that flares and pulses with colour. Searing oranges and vivid blues clash and glow, while the walls seem to melt and diffuse around the saturated tangle of bodies. The figures are evasive, preoccupied, difficult to discern; lost in each other’s arms, they almost dissolve into each other. But they are made solid, riveted into existence by Coughtry’s heavily-applied impasto and confident paint strokes. Coughtry presents a world structured by passionate and lyric energy, rich in colour and boiling with physical emotion.