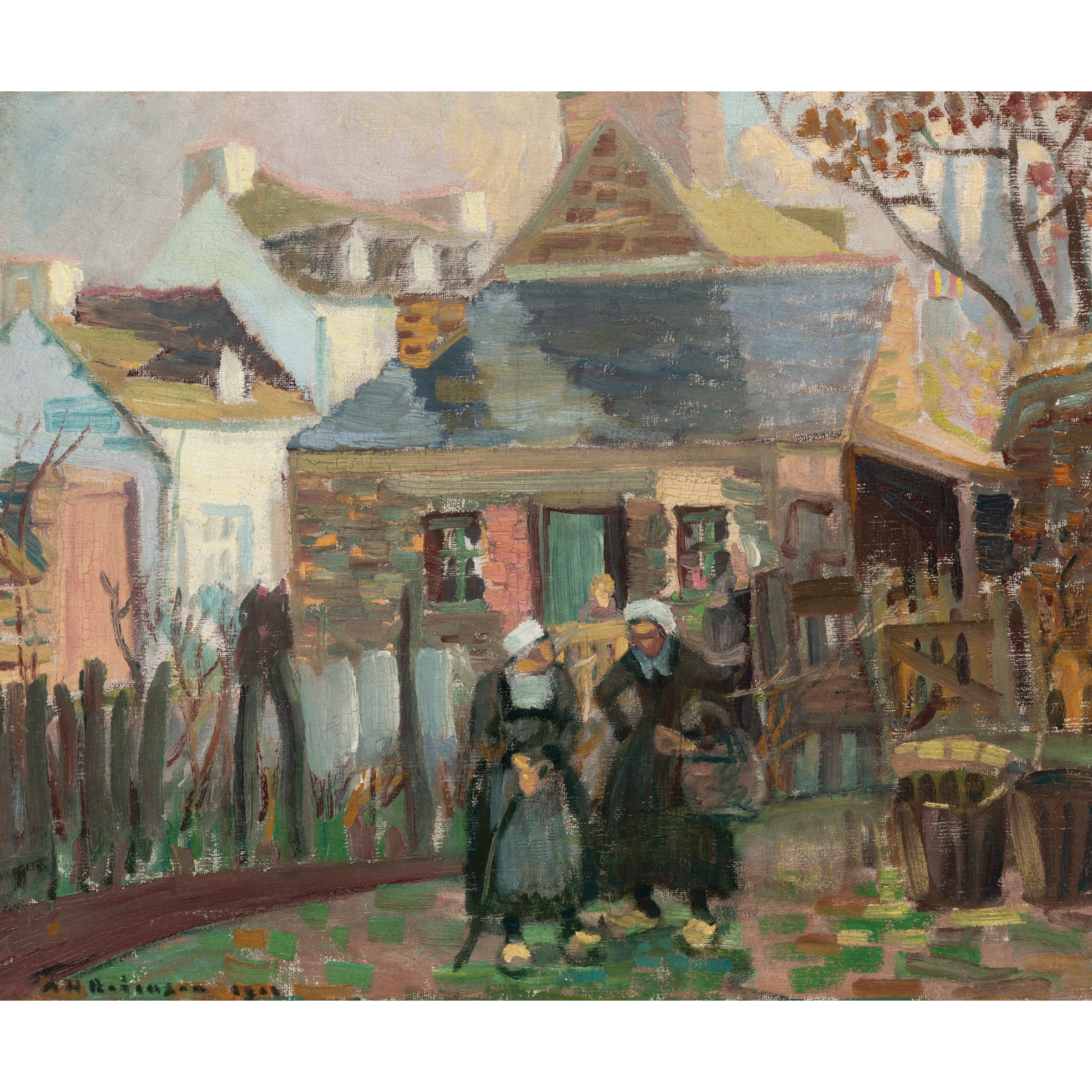 Prior to traveling to Europe in 1903 to further his training at the Académie Julien, a popular destination for young Canadian painters, A.H. Robinson's (1881-1956) preferred medium was drawing and to a lesser extent, watercolour. By 1903 or so, he began experimenting with oils.

This work was the result of a later trip to St. Malo in the company of A.Y. Jackson, in October 1911. It was a stay of about two months, lasting until mid-December. By 1912, Robinson is recorded as being back in Canada. Robinson also visited Dieppe, Dinard and Saint Severin on that trip.

While many of his subjects were seascapes or port scenes, which remained a favorite subject throughout his career, he also produced, though more rarely, street scenes such as this one.