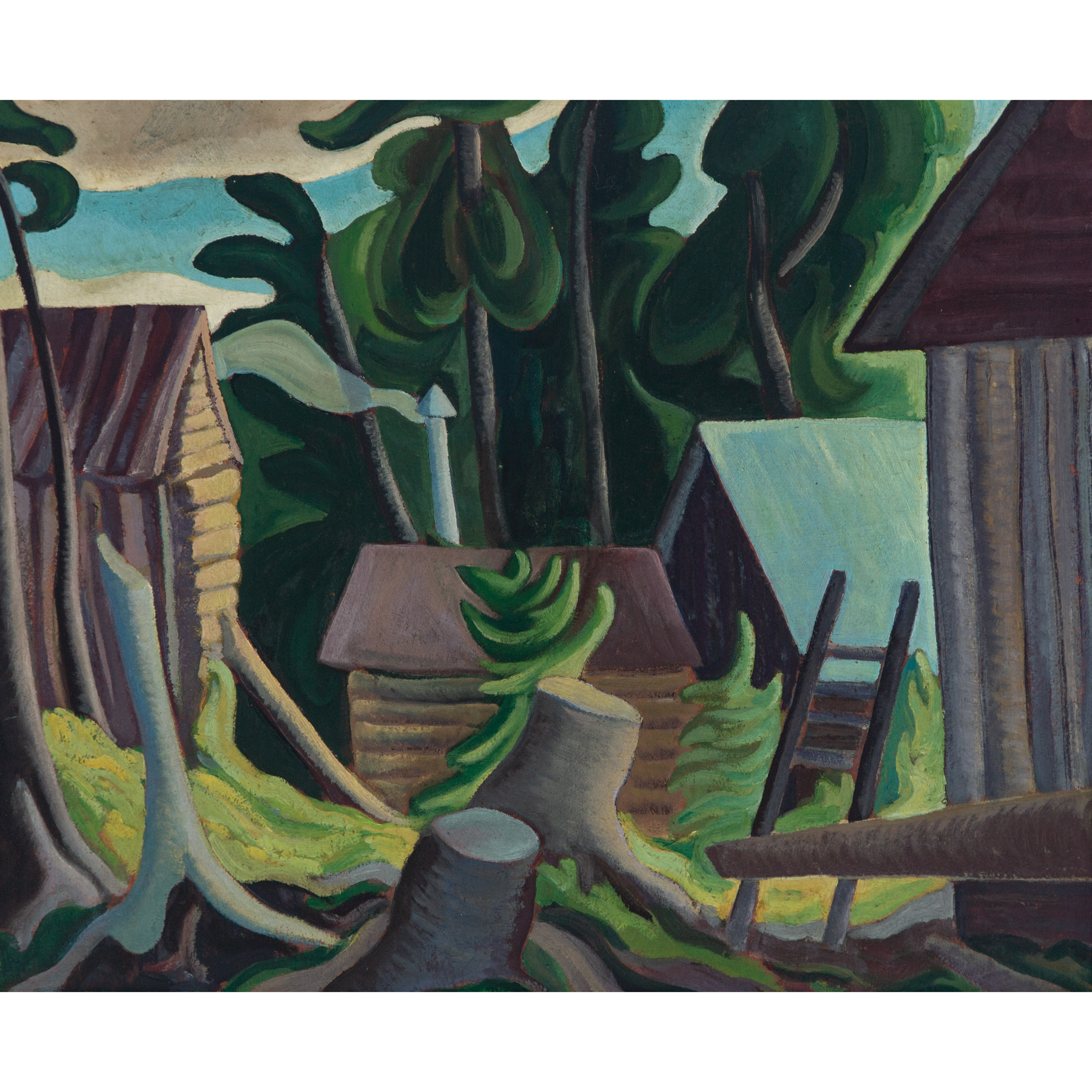 In the 1930s Gordon Webber (1909-1965) had the opportunity to study under the tutelage of Arthur Lismer. This influence is readily apparent in the bold colours of Cabins Among the Trees, an excellent early example of Webber’s particular eye for nuance and painterly dynamism. Probably painted during a long period of respite in Georgian Bay after a leg injury, Cabins is an effusive synthesis of vision, with nature and the built environment blended into one cohesive whole. Nestled in the crook of a treeline are several wood cabins, half-obscured by bright greenery lapping at their side. Devoid of windows or doors, there is a distinct lack of human scale; the houses seem almost like something grown rather than constructed, a product of the forest. A short ladder, fat stumps and logs in the foreground betray this fantasy: this is a human environment, built with purpose. There is however no overt sense of urgency or indignity, and soft glowing sunlight fuses everything together in a peaceful, dreamy atmosphere.

This fusion is held in place by the palpable wind which can be heard in the sweeping, amorphous trees and thin film of smoke dripping out of a chimney: the gusts are felt in the liquid play of colour bending across the canvas, almost dissolving the cottages into the trees in one turbulent flow. This beautifully rendered early work is indicative of Webber’s anticipatory interest in modernism, and pre-figures the artist’s later turn to abstraction after studying under an exiled Lazslo Maholy-Nagy at the New Bauhaus in the late 1930s.

Family of the Artist, Kitchener, ON