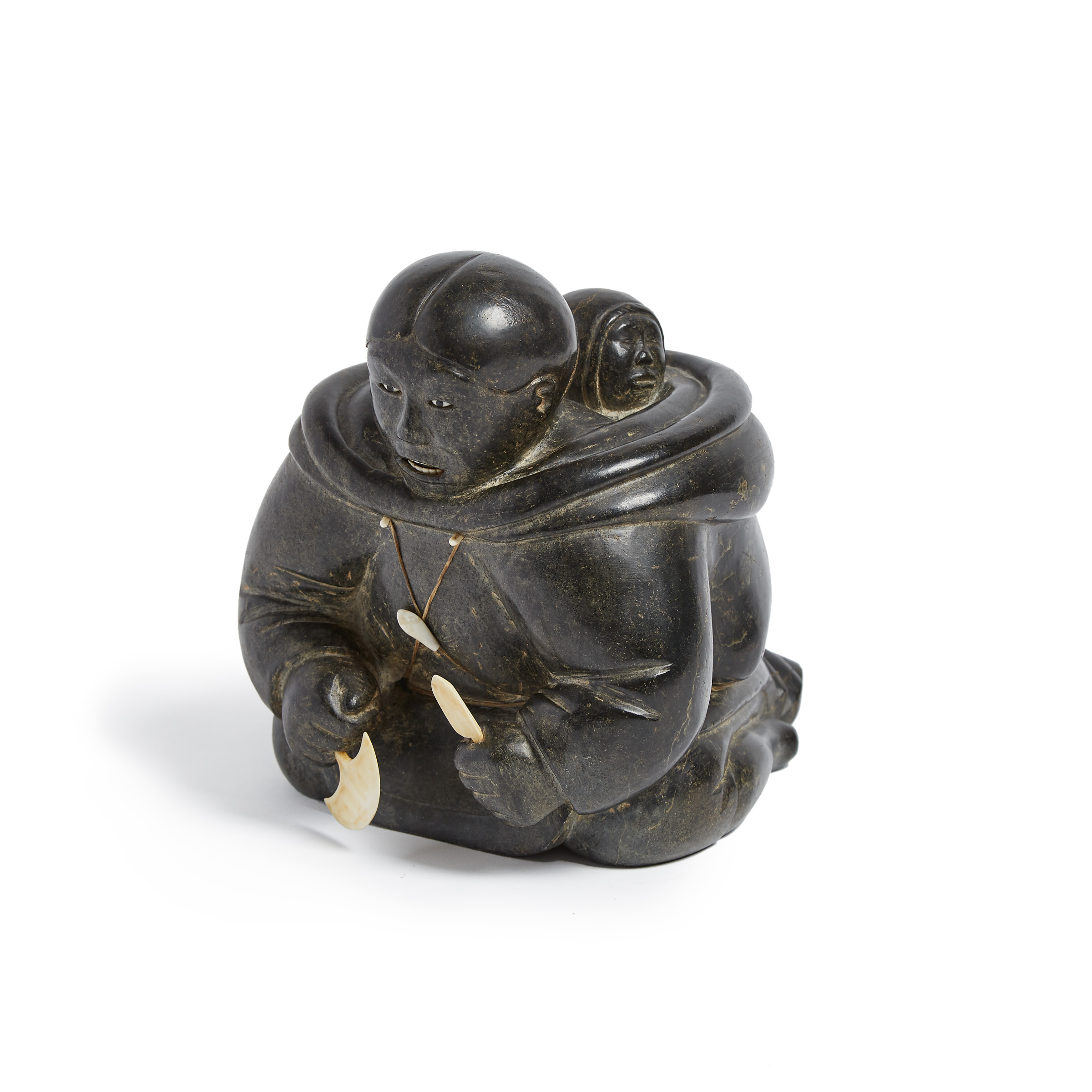 MOTHER WITH CHILD IN AMAUT

The locally sourced dark stone, the inset detail of ivory, the depiction of an Inuit woman and her child, are all trademarks of the works created in Povirnituq during this classic early period of Inuit art.

The ‘early master’ artists, of whom Aisa Qupirualu Alasua was one, were born in the early years of the 20th century. They grew up in the harsh and isolated environment of Canada’s Eastern Arctic, initially surviving as traditional hunters, trappers and fishermen before moving their families to the settlement. Their innate powers of observation, the keen awareness of their natural world, and the vital skills of survival needed to live in this unforgiving land - combined with a love for family and grounded by a rich and ancient cultural legacy – resulted in some of Canada’s most compelling and influential art.

Povirnituq, together with Cape Dorset / Kinngait and Port Harrison / Inukjuak, was one of the three earliest settlements to commercially produce and market Inuit art, starting in 1949.