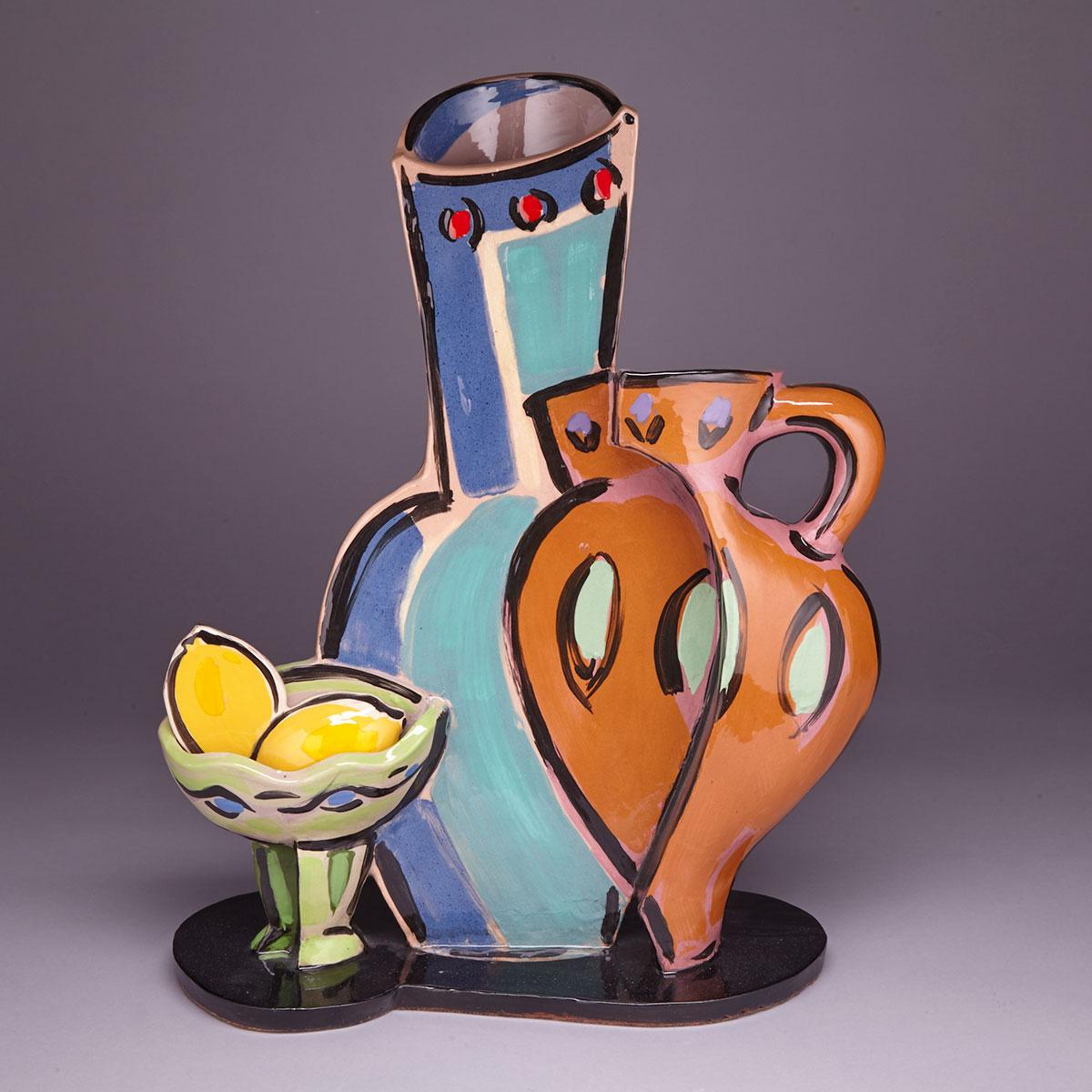 Kathryn Youngs was born in southern California, and grew up in Lytle Creek. She moved to Vancouver in 1972, where she studied at the Vancouver School of Art from 1972 to 1974. Youngs started her career as a printmaker, but it was while taking a pottery course at a local community center in 1979 that she discovered clay and has since worked on slab-built sculptural vessels.
Youngs’ work is part of major collections in Canada, as well as at the National History Museum of Taipei. She has exhibited her work across Canada, in the United States, Norway and China.
In 2008, Youngs retired as an artist and returned to school to obtain her Bachelor of Arts in Anthropology from the University of British Columbia. She is presently manager of Circle Craft Cooperative Association of BC, and lives in Vancouver.