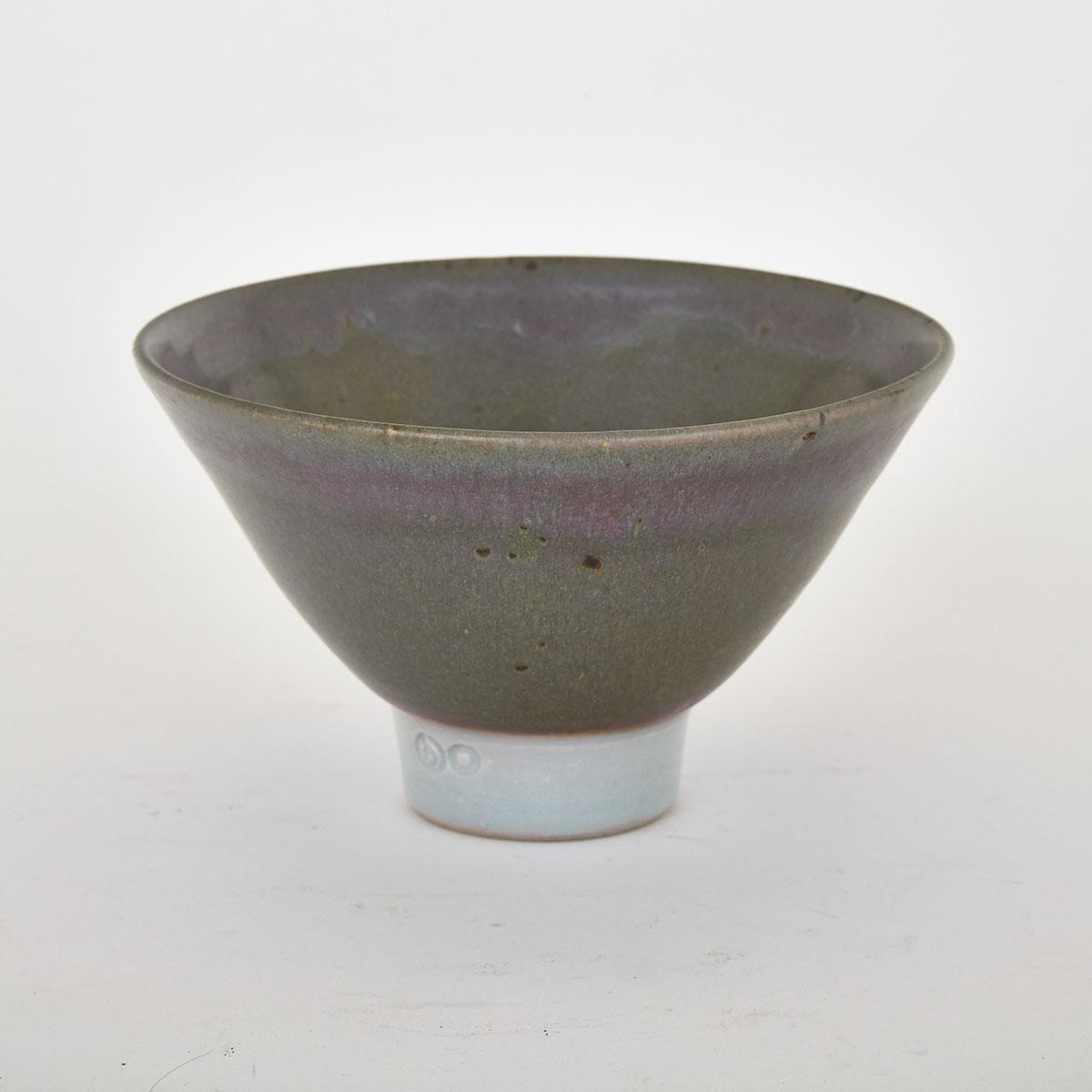 Born in 1939, Charmian Johnson received her formal training in drawing and graphics in the Department of Art Education at the University of British Columbia, under Jim MacDonald and Bob Steele. She is renowned for her tea bowls, porcelain boxes, ikebana dishes, gargoyles and platters, with exquisite glazes and unpretentious forms. She returned to painting in 1978, producing a series of pen and ink drawings.