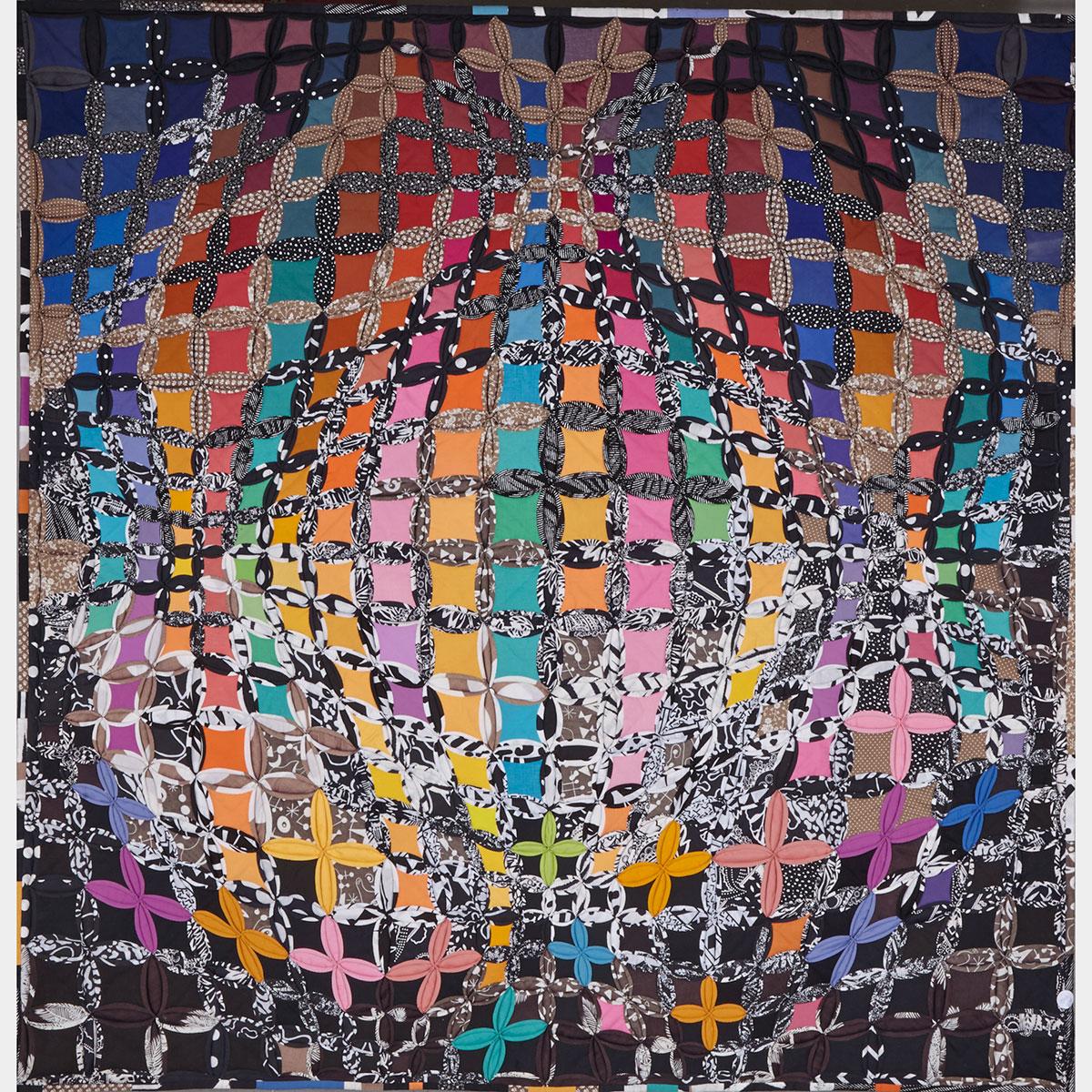 “In searching for a means of expression, a wide variety of quilting and embroidery techniques were being explored. While several decades of housework gave me an affinity for fabrics and the material arts, little in my background prepared me for the exciting and creative potential of fabric and fibre … To a graphic designer, quilting with its colour and pattern was a natural adventure.”

Margaret Stephenson Coole was born in Kirkland Lake, Ontario in 1933 and graduated from the Ontario College of Art, Honours, in 1955. She worked briefly as a graphic designer and display chief for the Toronto Public Libraries before she married in 1959 and raised a family. She eventually returned to the arts, taking courses on contemporary stitchery under Jane Dams at Sheridan College in 1980.

In 1979, one of Coole’s wall hangings was chosen for the Ontario Crafts Council Permanent Collection, and in the same year she received the Ontario Society of Artists’ Collector’s Choice Award. The following year, she was asked to design the costume for R. Murray Schafer’s epic dance-drama-music pageant, Apocalypsis. Coole continued to win many awards, including the first prize in the King Tut Needleart Contest sponsored by Canadian Living Magazine and the Village by the Grange. One of her works appeared on the covers of Embroidery Canada and the Artisan, and examples have been reproduced in The Second Quiltmakers' Handbook by Michael James, Fibre Arts Design Book II, and the 1985 Calendar of the National Standards Council of American Embroiderers.

Coole received many awards throughout her career, including the Joan Chalmers Award for Quilting in 1981, and the Ontario Crafts Council Design Award in 1987, to name but a few. She exhibited throughout North America, and her works are found in several prominent collections in Canada and the United States. Coole passed away in 2008 in Georgetown, Ontario.