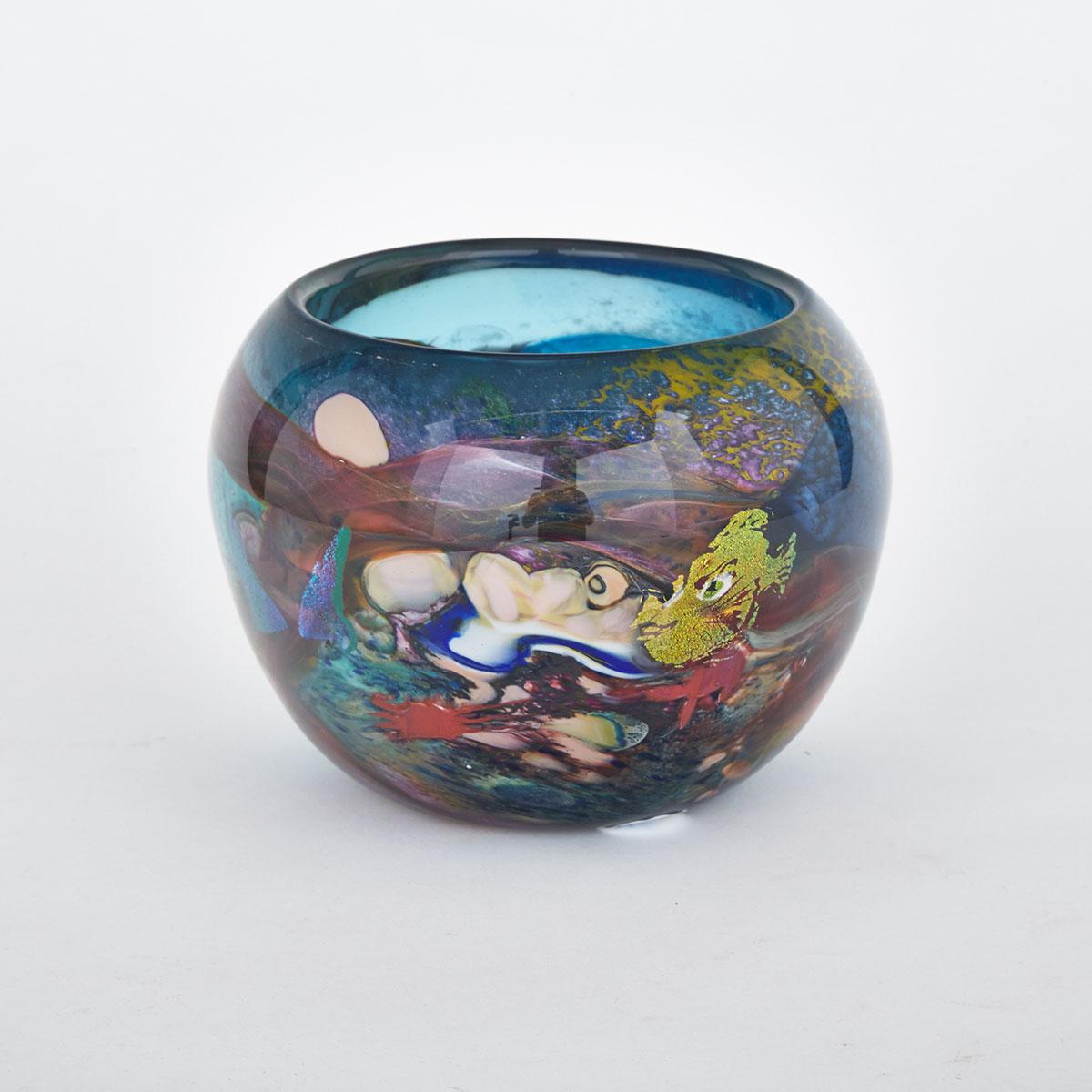 David New-Small was born in Riverside, California and graduated with a Bachelor of Art from the University of California. He became fascinated with glassblowing in the chemistry lab in college, but only took it up as career in the late 1970s. He studied at the Pilchuk Glass School in 1978, 1979 and 1981, and then teamed up with Nora Sterling to open New-Small & Sterling Studio Glass on Granville Island in Vancouver, British Columbia in 1984. He teamed up with Nora Sterling and they opened New-Small & Sterling Studio Glass in 1984. The gallery showcases New-Small’s work and that of other artists who share studio time, as well as representing selected glass artists from across Canada.