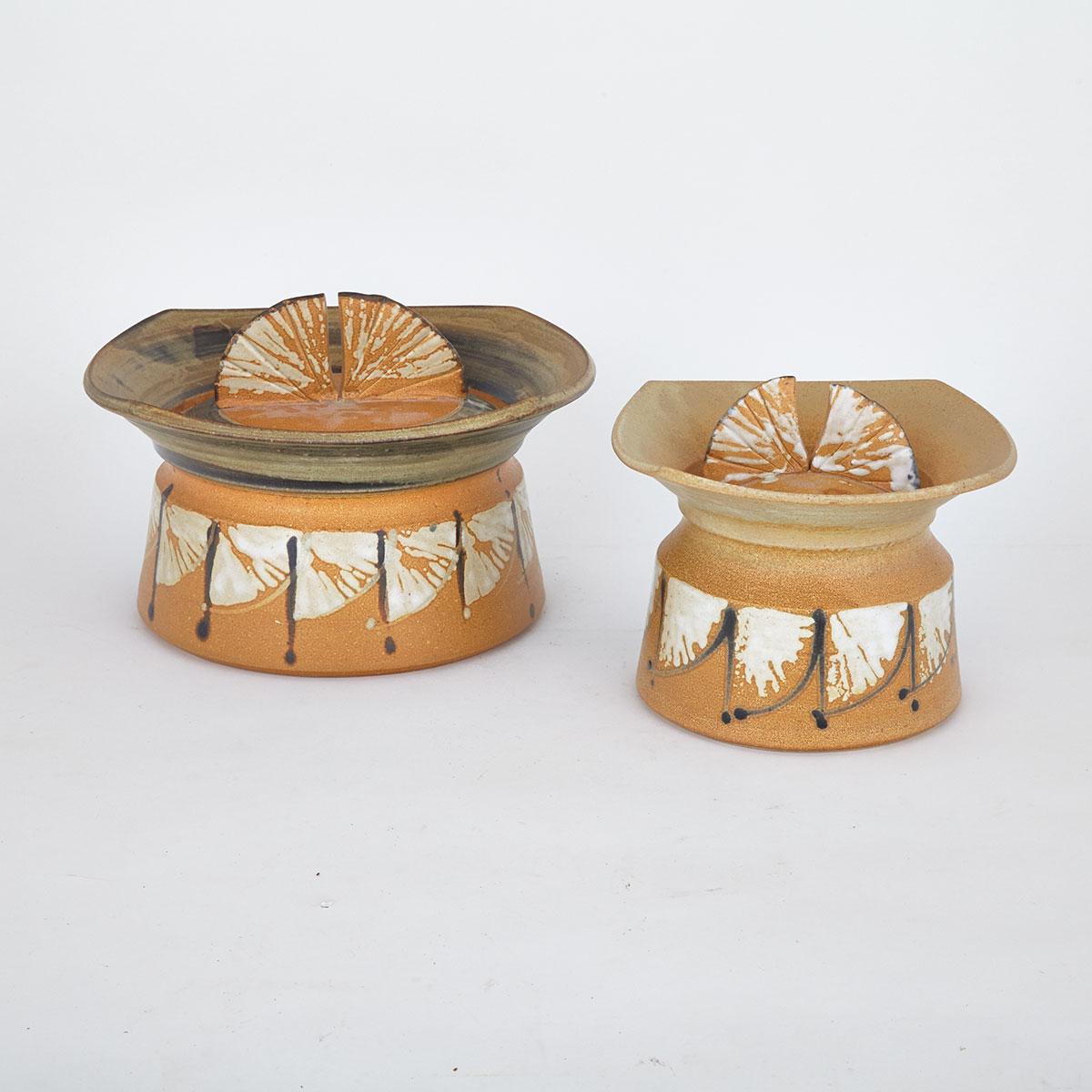 “The work deals with thresholds and contradictions: between materials, between the rational and the intuitive, the dynamic and the passive, the functional and the non.
It involves the constraints brought on by the shifting from a low to a mid-technology; when the round-bottomed vessels that we nestled in the sand floors of our caves don’t sit well on the flat table or our drawing rooms.The question of balance comes into play with the rocking, hinged, opening, interlocking pieces which are free to move but don’t unless motivated. The addressing of those ironies becomes the point of balance...”

Tony Bloom was born in Tokyo, Japan and lived in Washington, D.C., and Paris, before settling in Canmore, B.C. in 1970. Bloom started his career as a physicist, but rejected his profession after a couple of years of working in that field, feeling that it could not offer the challenge and fulfillment that art could. Through his art, he found that he could create objects and notations that allowed him to convey what was meaningful to him. He studied musical composition at the Banff School of Fine Arts in 1970. Wanting to create a flute out of clay, he signed up for a pottery course and soon realized that flutes were a challenge to make out of clay (some of his clay instruments can be found at the Canadian Museum of Civilization.) He grew to love the material and processes and only realized ten years into it that he now had a career, a business and his life’s work. In the mid-1980’s, Bloom started to work with bronze, discovering that, although this material offered different qualities to clay, techniques for each could be overlaid into the other.

Tony Bloom’s works have been exhibited in North America, Europe and Japan for over 40 years now and he is one of Canada’s most respected sculptors, working primary in steel, copper, bronze and aluminum. In 2011, Bloom was commissioned to produce a major piece of art for the Northern Alberta Jubilee Auditorium and more recently in 2013, a recently opened exhibit entitled “Landbuoys” is at the Whyte Museum in Banff, Alberta. He is also the recipient of numerous awards, including the Province of Alberta Achievement Award (1988) and the Canada Council Award (1984, 1987, 1997). He is also co-founder of Stonecrop Studios in Canmore, Alberta, where he continues to create his artwork.