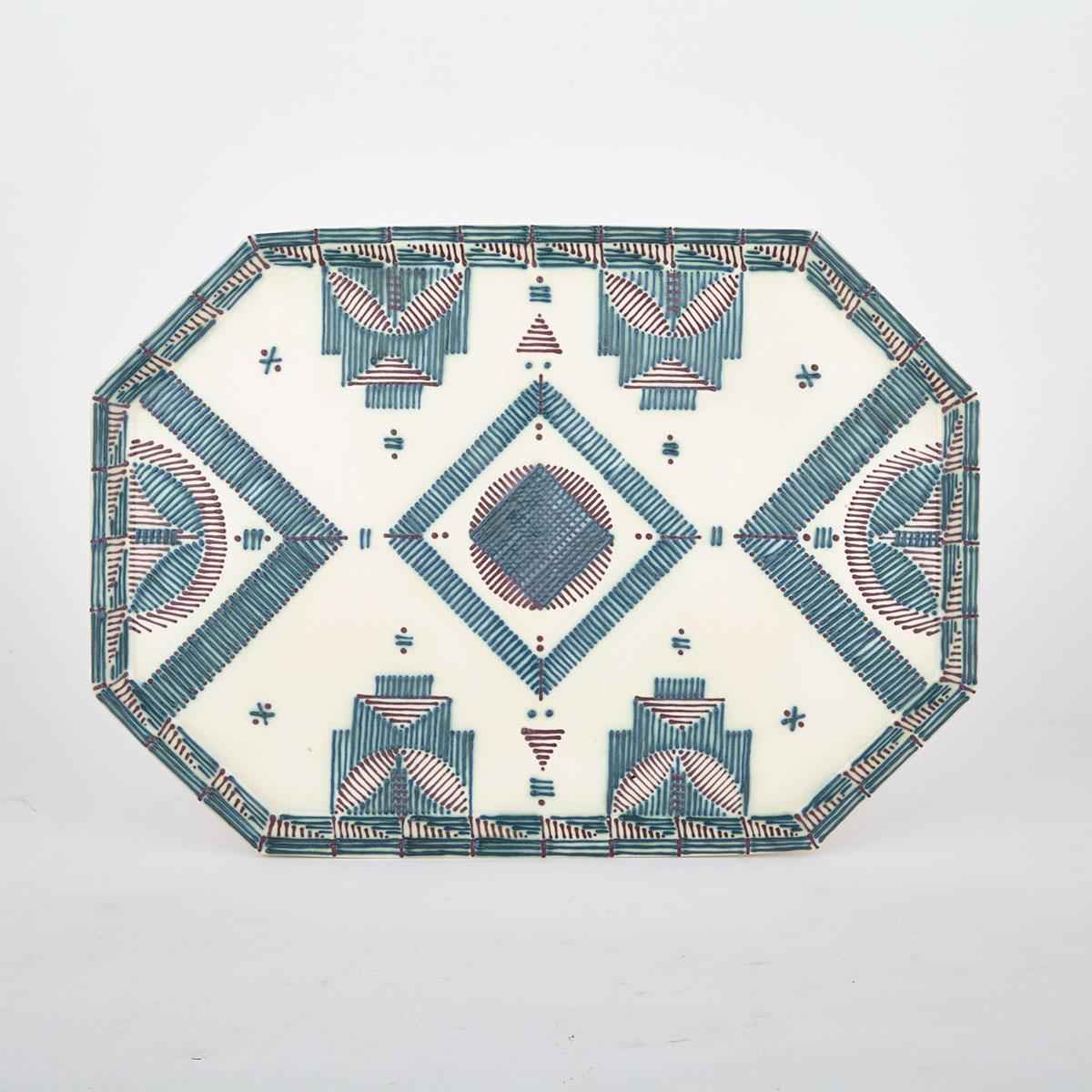 “My work has long been inspired by textile patterns and motifs drawn from the intricate quill and needlework of indigenous Mi'kmaq and women's textiles, by my research into Western textile history and the central role played in it by women, and by my mother's personal involvement in the British textile industry earlier this century.”

Born in 1944 in Worcestershire, England, Alexandra McCurdy trained as a ceramist at the age of 35 under John Reeve, Homer Lord, and Walter Ostrom at the Nova Scotia College of Art and Design, graduating with a Bachelor of Fine Arts in 1980. It was while attending a winter session at the Banff Centre that she met Leoppold Foulem, who encouraged her to get her Masters degree. Although she was accepted into the Royal College of Art, another instructor, Richard Slee, suggested she attend the Cardiff Institute of Higher Education, Wales for the quality of teaching. Her MFA thesis was on Women in Craft and included research into suffragette symbolism. The resulting convergence of fibre and clay, and of representation and symbol, have been constant, conscious directions ever since.

Over the years, McCurdy has been an active member of Nova Scotia Designer Crafts Council, serving currently as a Director, and was the Ceramics Curator at the Art Gallery of Nova Scotia. She has exhibited widely across Canada, and in Zagreb, Yugoslavia, Tokyo, Japan, Faenza, Italy, and Florida, USA. Her ceramics are included in numerous public collections, including the International Museum of Ceramics in Faenza, Italy, the Royal Ontario Museum, the Nova Scotia
McCurdy lives in Halifax, Nova Scotia.