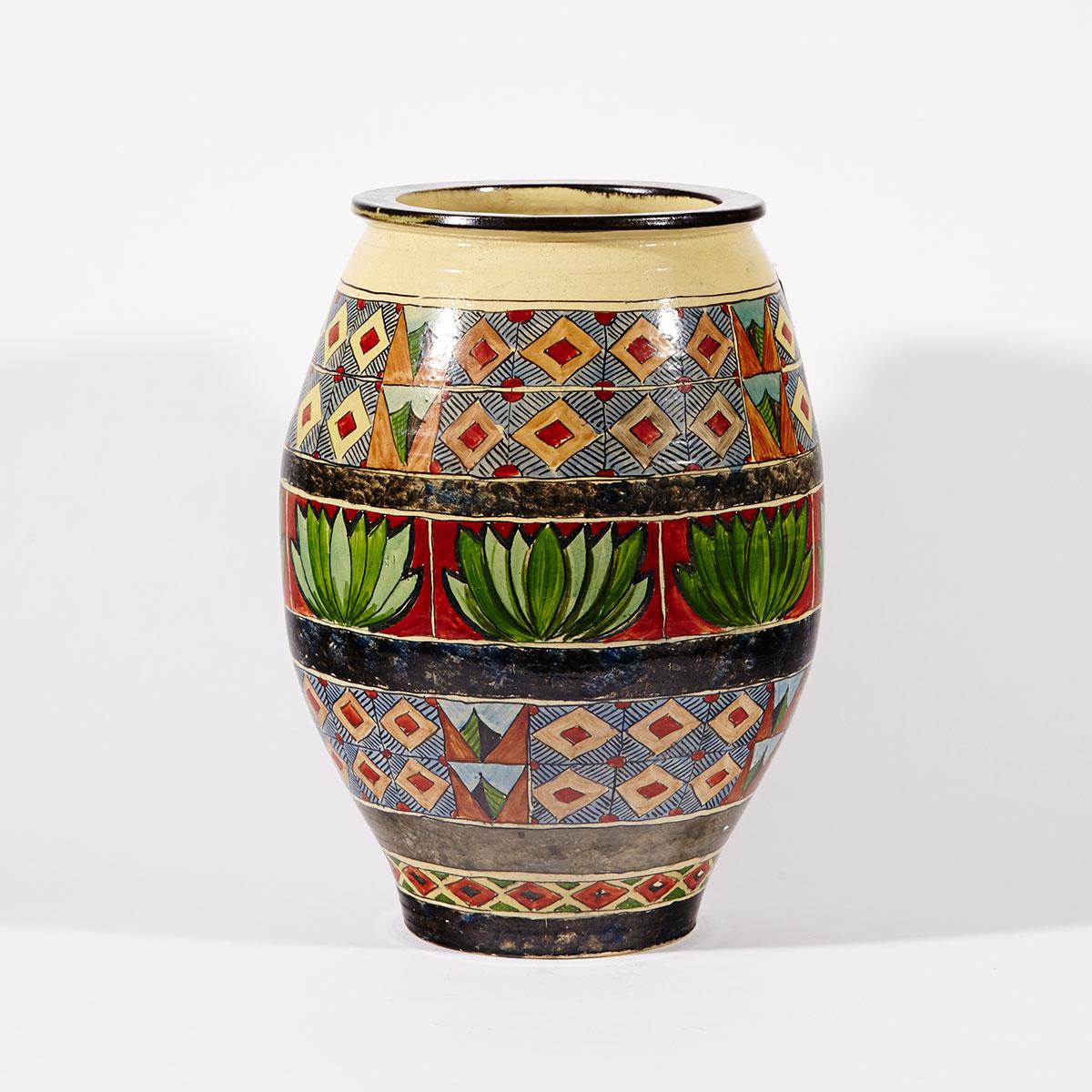 Lluis Riera was born in Spain. His family owned an established tile business and he thus grew up learning about ceramics, glazes and colours. He attended the School of Arts in Tarragona, Spain, where he studied under Ramon Carret from 1965 to 1972. During his studies he was awarded a scholarship to study in Perugia, Italy. Upon graduating, Riera operated his own studio in Spain while still assisting in the family business.

Riera moved to Vancouver, British Columbia, in 1977 and apprenticed with various potters. He was part of the Vancouver Clayworks Society from 1980 to 1984, where he developed a tile making process. Riera eventually set up his own studio in Vancouver, producing large ceramic vessels, tile and architectural terra cotta elements. Riera moved back to Spain in the late 1980‘s, settling in Gratallops, where he operates his studio, Ceramica Riera.