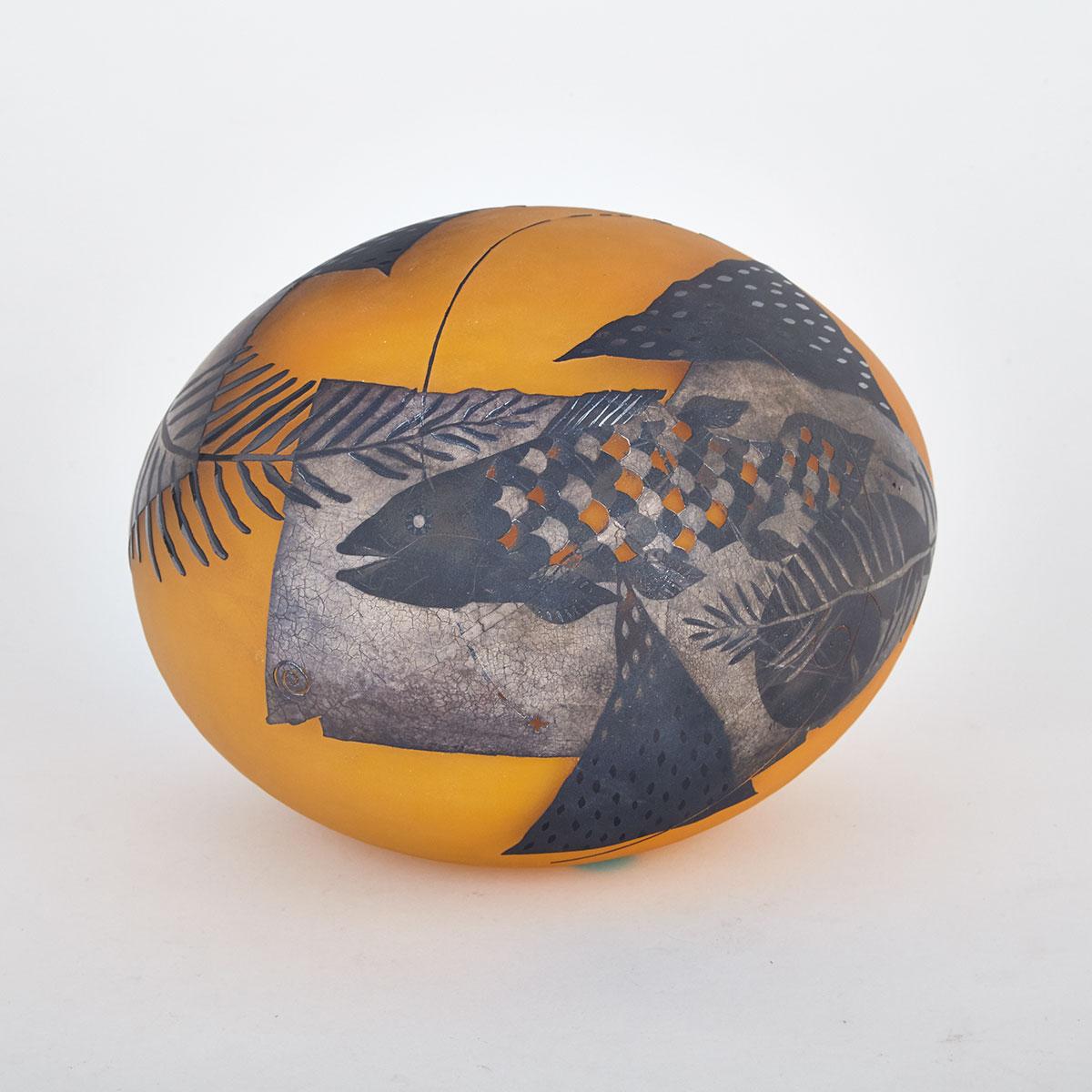 Originally from Japan, Takenouchi completed a four-year degree course in design and glassblowing at Tama Art University in 1987. Upon graduating, she worked as a lighting designer but realized after one year that she craved the material, hands on approach.
She went on to work at the Swedish Centre Foundation, a government run glass studio in Sapporo, Japan, where she learned different approaches to colour application, form and sandblasting techniques.

Takenouchi emigrated to Canada in 1993, settling in Vancouver where she worked at the New-Small & Sterling Studio. That same year, and again in 1998 she was honoured with scholarships to attend the world-renowned Pilchuck Glass School. In 1995 Takenouchi’s glass art was among only 100 pieces selected from thousands of internationalal applicants for inclusion in the prestigious New Glass Review 16, Contemporary Glass: Color, Light & Form. She has received many awards in Canada, including the Canada Council mid-career grant.
Takenouchi’s work has been shown at major galleries, museums and juried exhibitions throughout the world. In 1995 she exhibited her work at ‘The International Exhibition of Glass’ in Kanazawa and The Canadian Craft Museum. Among her commission are two CBC Sports Awards for the Canadian Broadcasting Corporation and the President’s Award for Starbucks Coffee. In 2002, Takenouchi was invited to be one of the jury members for the Saidy Bronfman Award in Ottawa. Since 2003, she has been commissioned to make the Governor General’s Performing Arts Awards. Her work is included in numerous pubic and private collections around the world.

Takenouchi maintains her practice in Vancouver renting time in the hot studio of New-Small and Sterling Studio Glass and using her private home studio to finish and treat the surfaces of her vessels and sculptures.