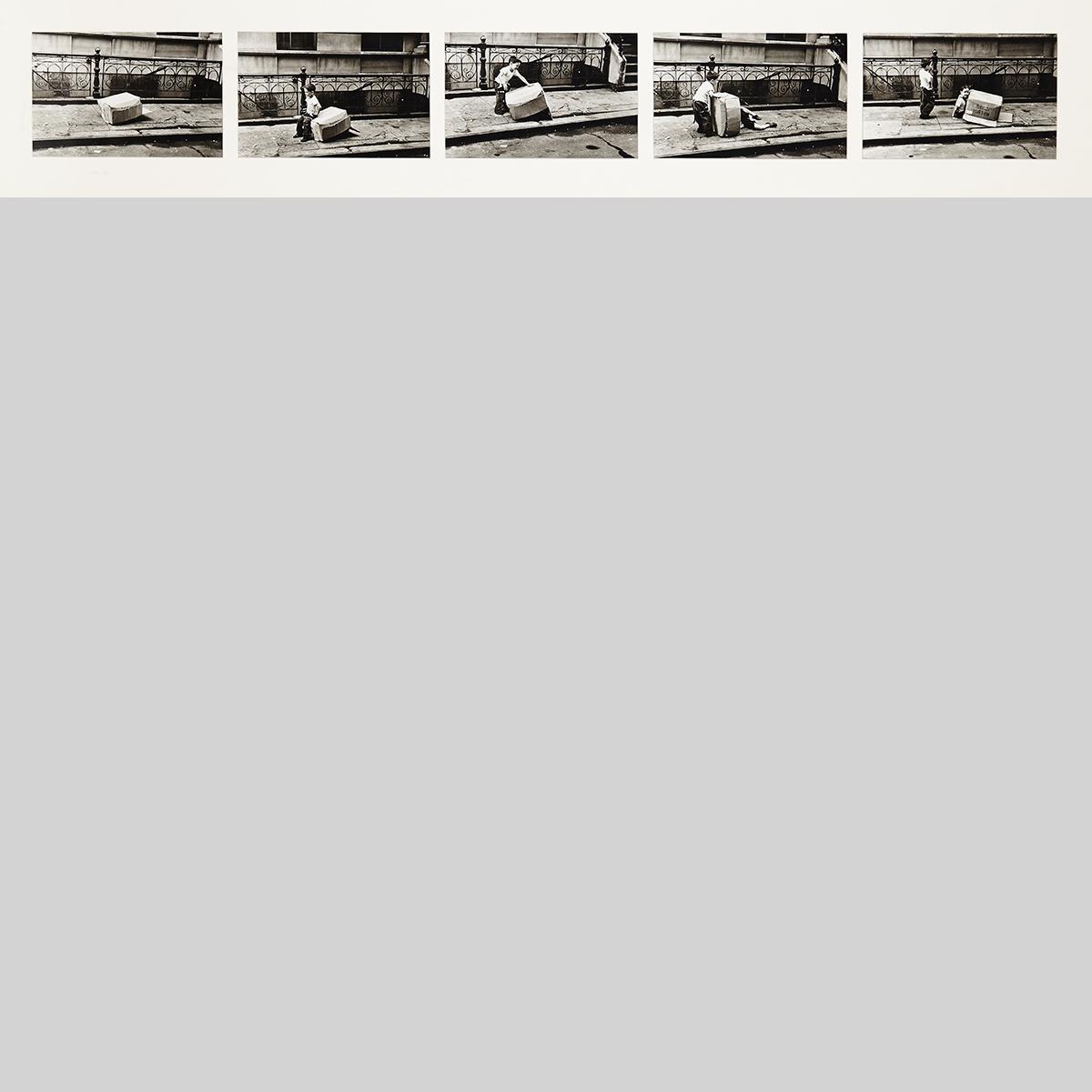 George Zimbel was born in Woburn, Massachusetts, in 1929. His interest in photography started at an early age; he bought his first professional camera at the age of fourteen, and worked for a local newspaper. Zimbel received his Bachelor of Arts from Columbia University, in New York City, in 1951. During his studies there, he was appointed both photographer and editor of the university newspaper, and had published an image in LIFE magazine. In 1949, whilst still at Columbia, he studied with the painter and architecture photographer John Ebstel at the Photo League, which influenced his subsequent dedication to documentary photography.

Upon graduating, Zimbel was accepted as a non-paying student in the course directed by Alexey Brodovitch, and worked as a correspondent of Pix Inc., one of the first photo agencies in New York. It was there that he met photographers Ed Feingersh, Bob Schwalberg, Bob Henriques and Garry Winograd, who would introduce Zimbel to the new 35 mm cameras. After completing his military service from 1951 to 1953, he retuned to New York and worked as a freelance photographer, his works being published in major newspapers and magazines, such as The New York Times, Look, Saturday Review and Architectural Forum.

In the mid 1950’s and early 1960’s, Zimbel documented some of the most symbolic people of American history: the Presidents Harry S. Truman (in the famous series "A President in Retirement"), John and Jacqueline Kennedy, Dwight D. Eisenhower and Richard M. Nixon. He also portrayed personalities such as Leonard Bernstein, Helen Keller, Mickey Rooney and Jean Seberg. In 1954, Zimbel took some of his best-known photographs, the series on Marilyn Monroe during the film shooting of the film, The Seven-Year Itch.”

Zimbel and his family moved to a farm in Prince Edward Island in 1971, where he continued with his photography and worked on the farm. He moved to Montreal, Quebec, in 1980 and returned to documentary photography and presented his works in numerous major solo and group exhibitions, including Marilyn Monroe (New Orleans, 1995), and The Photography Show (New York 1996). Zimbel’s works are included in the collections of major museums in Canada and the United States, including the Museum of Modern Art and the International Center of Photography in New York, the Canadian Museum of Contemporary Photography in Ottawa, the Canada Council Art Bank in Ottawa, the Musée des Beaux-Arts de Montréal, the Library of Congress in Washington DC. Zimbel lives in Montreal, Quebec