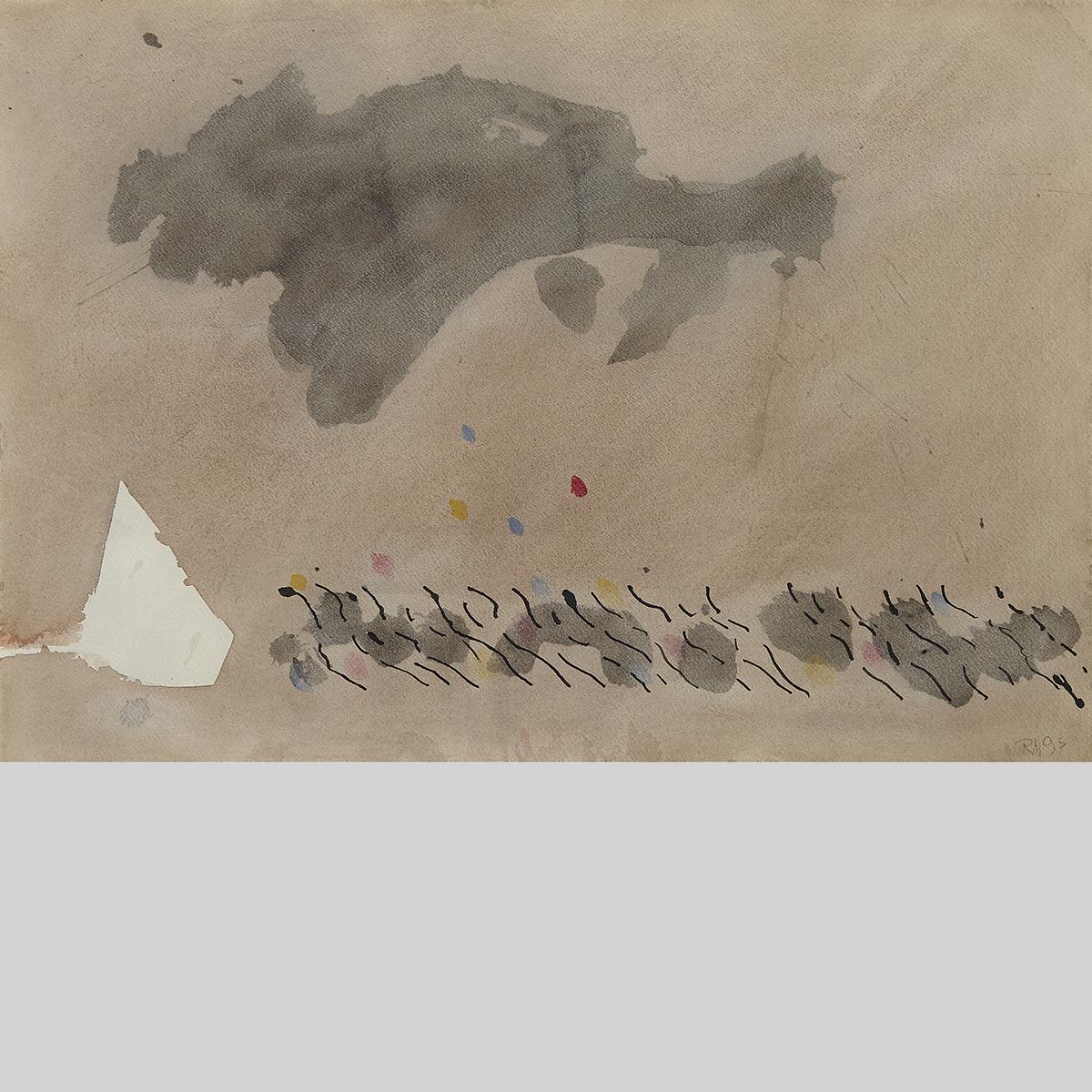 Ray Mead was born in 1921 in Watford, Hertfordshire, England. In 1939, Mead served as a pilot in the Royal Air Force in the Second World War, and, following an injury, was posted to Hamilton, Ontario, traveling to the United States to train American bomber pilots for war. Mead was exposed to American culture and the New York art scene, which brought a new freedom to his work.

Mead returned to Hamilton in 1946, and developed a friendship with the artist, Hortense Gordon, who had trained with Hans Hoffman. Gordon’s mentoring further supported his movement into abstract art. Mead eventually moved to Toronto, where he worked as a commercial artist and art director for an advertising agency. In his free time he created abstract and non-objective paintings in watercolors and oils. He had his first public showing of his art at the Art Gallery of Hamilton in 1948, with his second at the Art Gallery of Toronto in 1950. He joined the Ontario Society of Artists, exhibiting with the group in 1950, and developed close relationships with several of the artists, who would eventually form Painters Eleven. Over the next decade, Mead was included in fifteen Painters Eleven exhibitions, their premiere being at the Roberts Gallery in 1954. Mead also held solo shows in New York City (1955); the Isaacs Gallery, Toronto (1957); and at George Loranger's, Ottawa (1957).