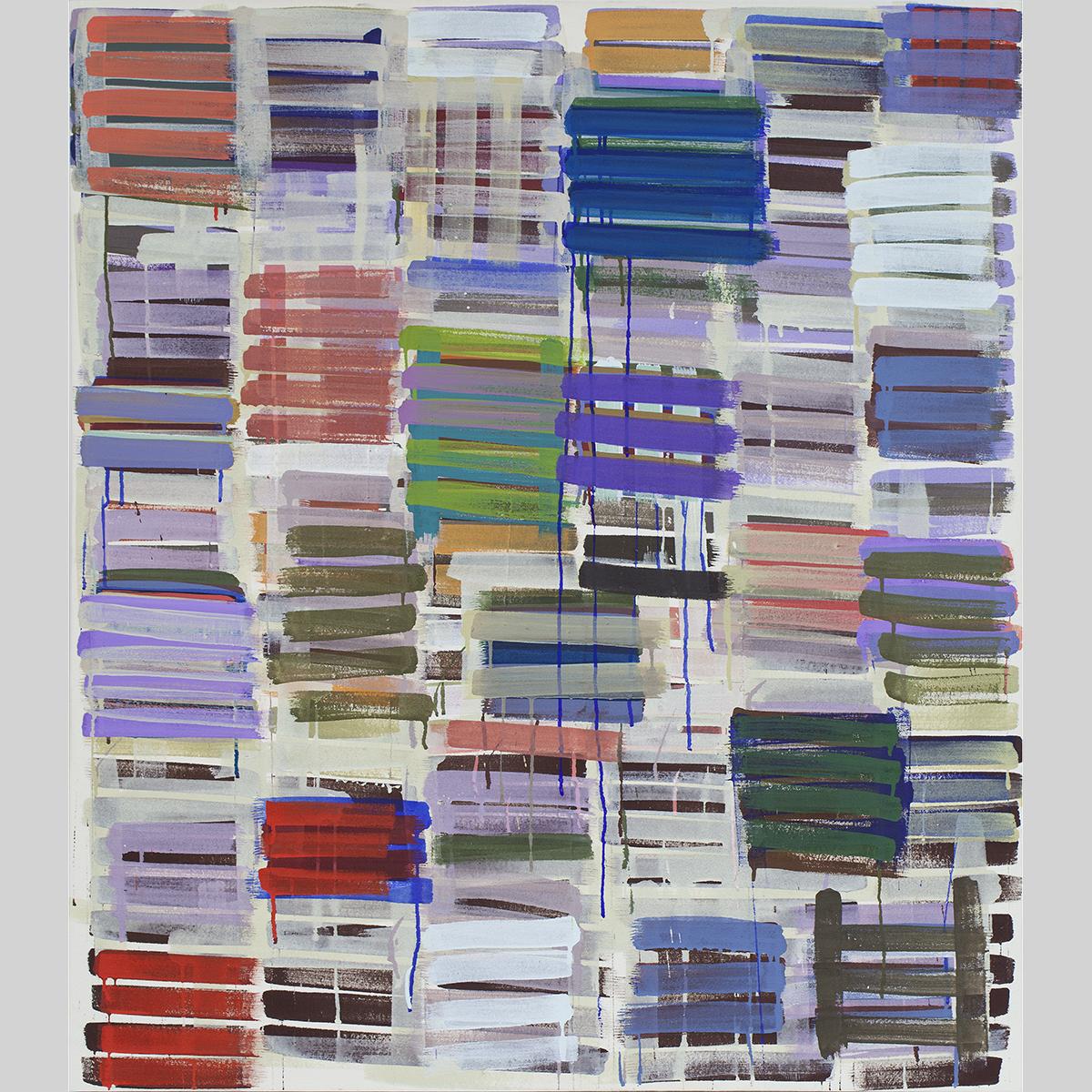 Denyse Thomasos was born in 1964 in Trinidad and immigrated to Canada in 1970 with her family, settling in Mississauga, Ontario. She received her Bachelor of Arts in Painting and Art History from the University of Toronto 1987 and her Master of Fine Arts in Painting at Yale School of Art, Yale University in 1989. As a recent graduate, she installed the large mural Recollect at Mercer Union, one which alluded to both raffia textiles and the architecture of slavery. Thomasos had her first solo show, Rally, at the Olga Korper Gallery in Toronto.

Thomasos came to prominence after moving to New York in the 1990’s. She often painted directly onto gallery walls, staging large-scale installations such as Tracking: Thirty Years in Canada, Thirty Years in Trinidad at the Art Gallery of Bishop’s University in Lennoxville, the MSVU Art Gallery in Halifax, and the monumental 50-foot mural Art Gallery of Ontario in Toronto (2006). She later returned to the canvas with her 2010 exhibit, From Superjails to Super Paintings.

Thomasos found most of her artistic inspiration during research trips around the world, which included her visit to South Africa in 1997, after receiving a Guggenheim Fellowship. While on her travels, Thomasos looked at the indigenous and political structures of the countries she visited: prisons in Cambodia, war sites in Vietnam, Africa, India and China. The result of all these reflections was seen in her exhibition, Kingdom Come, held at the Oakville Galleries in 2011.

Thomasos exhibited national and internationally. Her work has been reviewed by international publications including ArtForum, Artnews, Art in America, and the New York Times. She was bestowed with numerous awards and artist residencies including a Guggenheim Award (1997), a PEW Fellowship (1995), Bellagio residency (2001), Yaddo Residency, Joan Mitchell Award (1998) and NYFA (2008). Most recently, she was named the first recipient of the McMillan/Stewart Award, recognizing unique and outstanding contributions made by women artists. Thomasos was associate professor at Rutgers University, New Jersey until her sudden death in New York City in 2012 after an adverse reaction to a dye injected for a routine MRI.