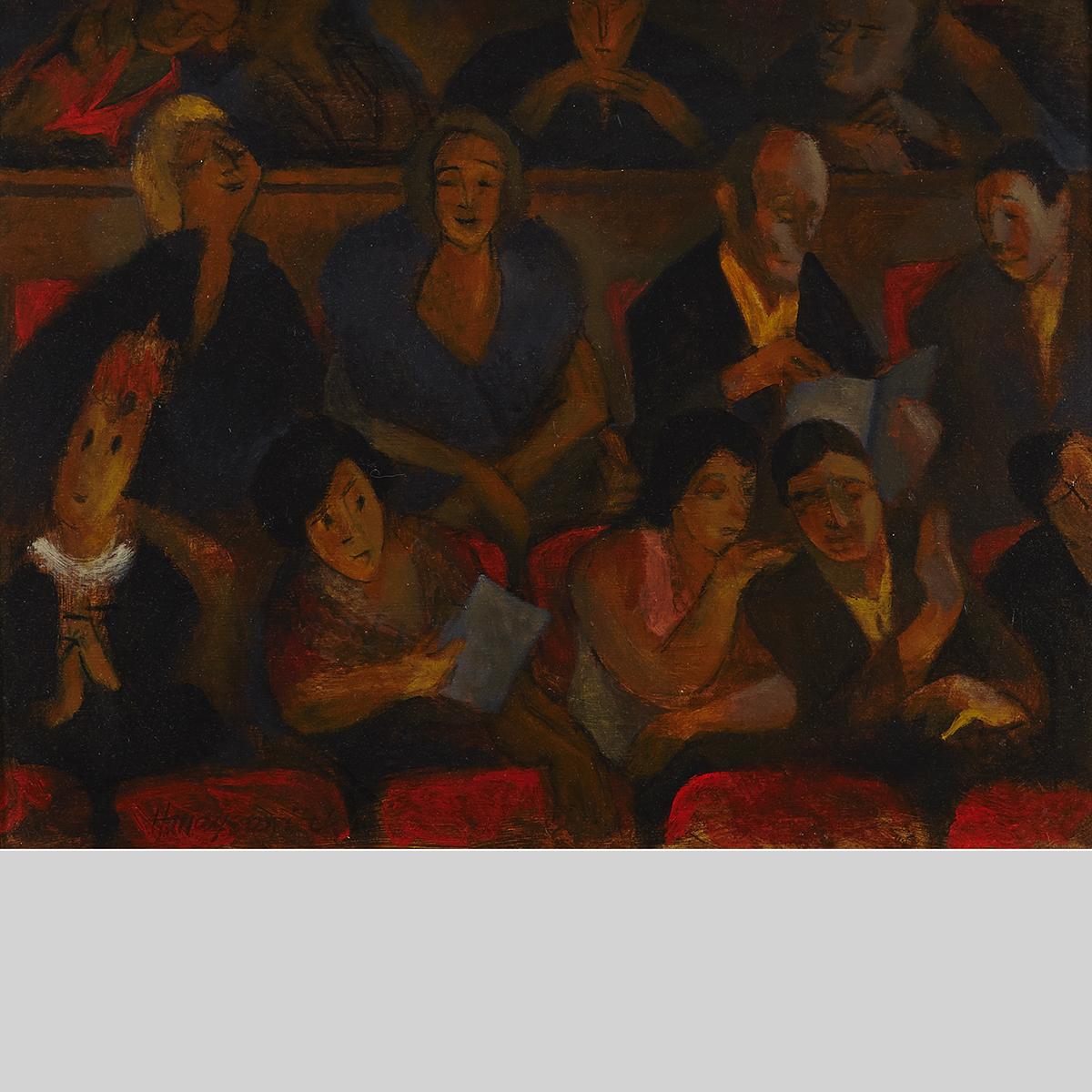 Harry Mayerovitch was born in Montreal in 1910, the son of Romanian Jewish immigrants graduating with a degree in Arts and Architecture in 1933. That same year, he was awarded the McLennan Traveling Scholarship, which allowed him to study in Paris for one year. Mayerovitch returned to Montreal and worked with renowned architect, Percy Nobbs, before going into partnership with Alan Bernstein in 1935. The firm specialized in local high-rise apartment buildings, such as the Seigniory, as well as industrial, commercial and public buildings and synagogues, including the Young Israel of Montreal Synagogue. Besides architecture, Mayerovitch also worked in photography, sculpture, etching, painting and drawings. His works often reflected his strong social commitment. He painted the unemployed and disadvantaged of the Depressions years, and contributed political cartoons during the Duplessis era for the Montreal newspaper, Le Jour. During World War II, Mayerovitch designed a series of propaganda posters for Canada’s war effort. John Grierson, the founder of the National Film Board, was so impressed by one of Mayerovitch’s posters, Home Front, that he hired him as the Director of the Wartime Information Board's Graphic Arts Division. His talents extended to writing and illustrating several books, including Overstreet (1973), How Architecture Speaks (1996), and Way to Go (2004). Mayerovitch taught at the McGill School of Architecture from 1965 until his death in 2004, at age 94 in Montreal, Quebec.