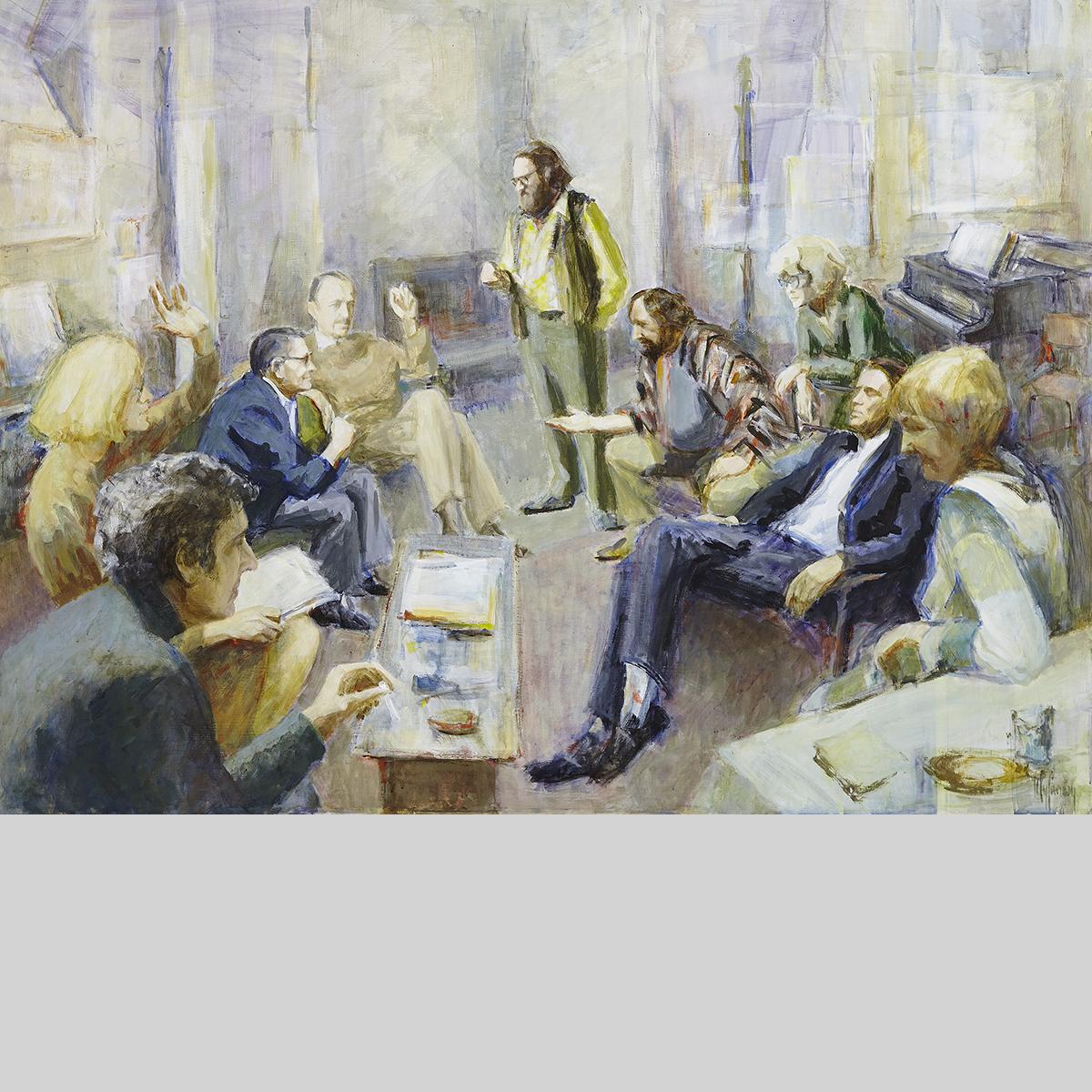 Myfanwy Pavelic, nee Spencer, was born in Victoria, BC, in 1916. At the age of six, she met the influential artist, Emily Carr, who mentored her and arranged a show of her drawings at Carr’s Peoples’ Gallery at the age of fifteen. The two artists corresponded until Carr’s death in 1945.

During the Second World War, Pavelic painted portraits across Canada and donated the funds to the Red Cross. In 1948, she married her second husband, Nikola Pavelic, son of the former Yugoslavian prime minister, before returning to Victoria. During the 1960’s, Pavelic spent much time in New York, drawn to the bustling art scene. In the 1970s, Pavelic became part of Victoria's Limners , a collective group of painters, sculptors, potters, and visual artists, which included Maxwell Bates, Robin Skelton, Herbert Siebner, Richard Ciccimarra, Karl Spreitz and Nita Forest. Their focus was in portraying the essence of human nature through art, as well as providing artistic, material and moral support to the members.

Pavelic focused most of her artistic career on the human figure and is renowned for her portrait paintings. She painted many musicians, including Yehudi Menuhin (now in Britain’s National Portrait Gallery) , Glenn Gould, Rostropovich, Segovia and Ravi Shankar. She also developed a long lasting friendship with actress Katherine Hepburn, which led to many sittings and portraits of Katherine. In 1990, former Canadian Prime Minister Pierre Elliot Trudeau’s advisor Claridge Curator Franklin SIlverstone chose her to create Mr. Trudeau’s official portrait, which now hangs in Parliament in Ottawa, and was later used on his Commemorative Stamp.

Pavelic received an honorary Doctorate from the University of Victoria, the Order of Canada in 1984, and in 2001 received the Order of British Columbia. She died peacefully on May 7, 2007.