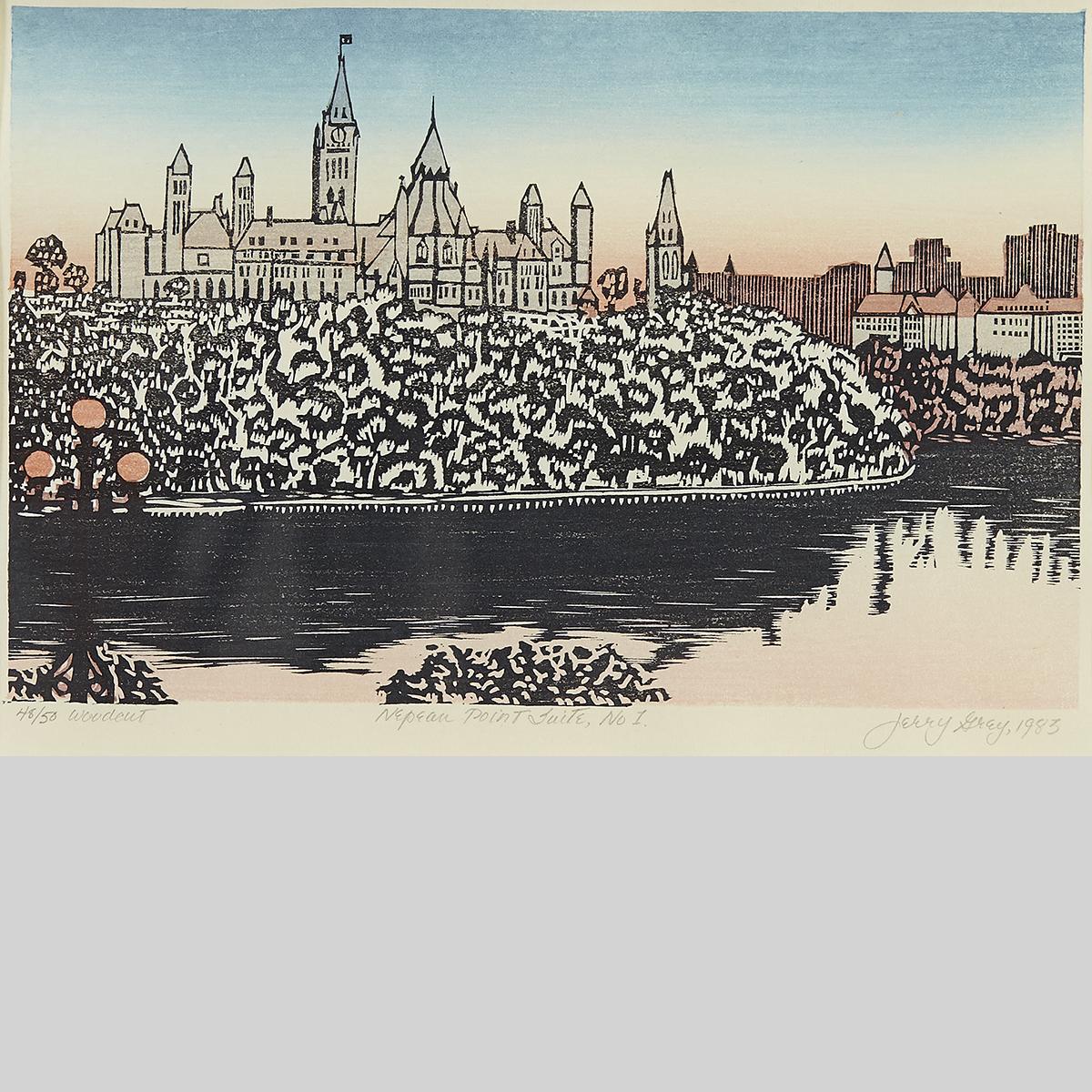 Born in Vancouver, British Columbia, in 1940 Jerry Grey attended the Vancouver School of Art from 1960 to 1963. She went on to study at the University of Saskatchewan's Emma Lake Artists' Workshop under the leadership of Jules Olitski, Lawrence Alloway, and Harold Cohen from 1964 to 1966.

She has lectured on a variety of topics at the National Gallery of Canada and taught at the Banff School of Fine Arts, the Emily Carr School of Art, the University of Ottawa, the Ottawa School of Art and the Avenue Road Arts School in Toronto. In addition, she has worked with a number of arts organizations and agencies, at both the national and the municipal levels. These include: the Canadian Artist Representation where among other things she co-edited CAROT (CAR Ontario Trades Paper). She has been an executive/ advisory committee member of a number of Ottawa area art and education organizations and with the Royal Canadian Academy of Art, where she was elected to membership in 1984. Grey has lived and contributed to the City of Ottawa since 1970.