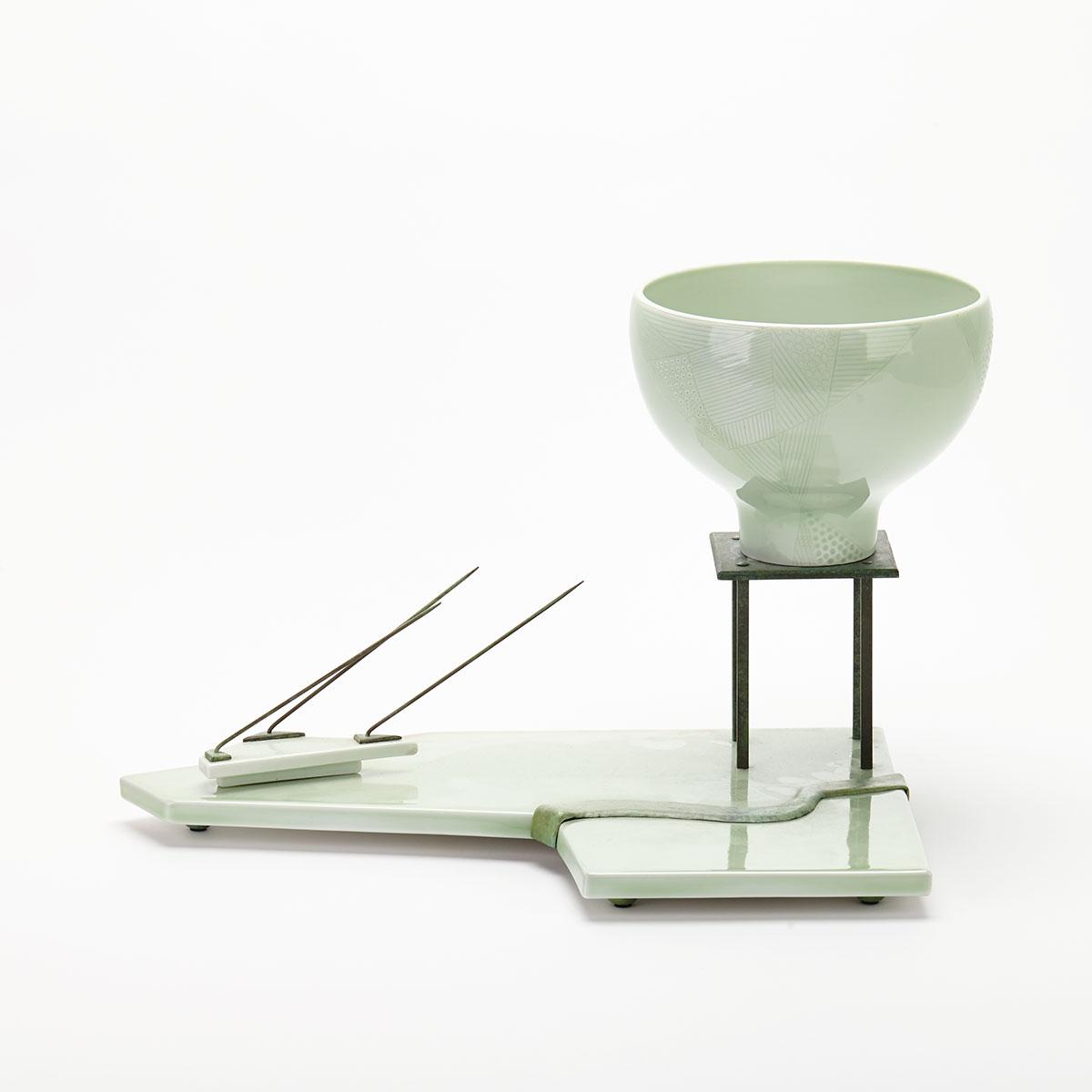 Lisette Savaria was born in McMasterville, Quebec, in 1947. After her husband’s death in 1975, she turned her focus on art. She studied at the Ecole des arts Appliqués, in Montréal, Quebec, from 1976 to 1979, as well as painting and sculpture in Mont St. Hilaire with Jordi Bonet and ceramics with Maurice Savoie in Longueuil. Savaria opened her own studio in 1979, and worked on techniques of sculpting, engraving and painting, producing porcelains with window-like openings. She went to France for one year in 1988 to attend the Ecole nationale supérieure des beaux-arts in Paris and the Manufacture nationale de Sèvres.

Savaria has participated in solo and group exhibitions in Canada, France, Norway and Japan. Her works are part of major public and private international collections. The federal government has also presented her porcelain as gifts to visiting heads of state and prominent dignitaries, including Their Imperial Highnesses Prince and Princes Takamado of Japan, Their Royal Highnesses The Duke and Duchess of York, and His Majesty King Fahd bi n Abdul Aziz al Saud, Riyadh of Kingdom of Saudi Arabia. Lisette Savaria lives in Mirabel, Quebec.

Francois Potvin was born in Granby, Quebec in 1946. He received a technical diploma in Metallurgy in 1966, and began exhibiting his work in the mid 1970’s. He is recognized for his sculptures, bronzes and more importantly porcelain work, and worked closely with Lisette Savaria, with whom he set up a porcelain studio in St. Ours, Quebec in 1979. They have exhibited their works both independently and jointly throughout Canada.