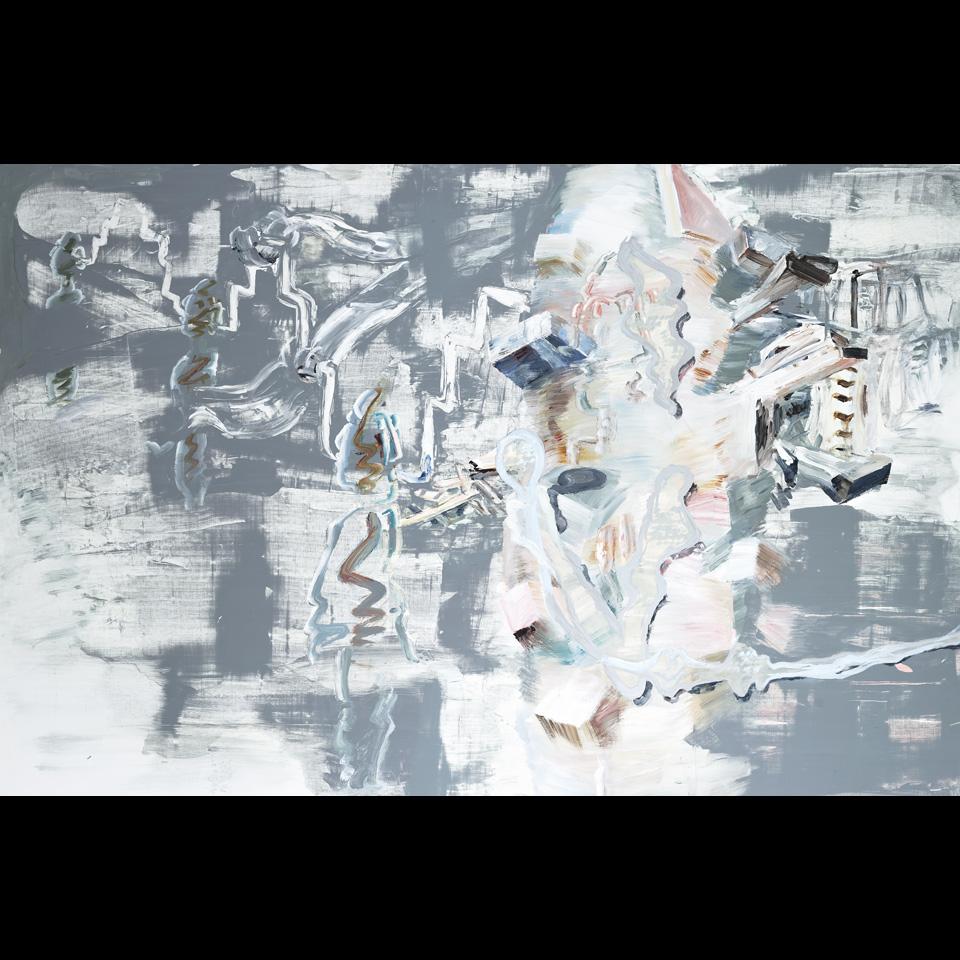 Puss in Boots, fairy-tale lore, illustration history, love of books: all of these abound in Carol Wainio's dense and creamy acrylic paintings, such as She Met an Old Woman (2012) and Camouflage 2 (Symmetry) (2007). Her 2010 exhibition, The Book, offered a 10-year survey in which Wainio's signature imagery offers an oblique critique of the greed of consumer culture. She participated in Painters 15, curated by artist David Urban, which showcased contemporary Canadian art at the Shanghai Art Museum in 2002 and Toronto's Museum of Contemporary Canadian Art in 2003. Internationally, her work has been showcased at the Venice Biennale, the Galleria Comunale d'Arte Moderna in Bologna, and the Stedelijk Museum in the Netherlands. Wainio has shown across the US and in Canada, including at the National Gallery of Canada, the Art Gallery of Ontario, and the Musée d'art contemporain de Montréal. Her work is represented in the permanent collections of these three major Canadian institutions and many more of the public and private variety. In 2004, Wainio was elected to the Royal Canadian Academy of Arts. She lives and works in Ottawa.