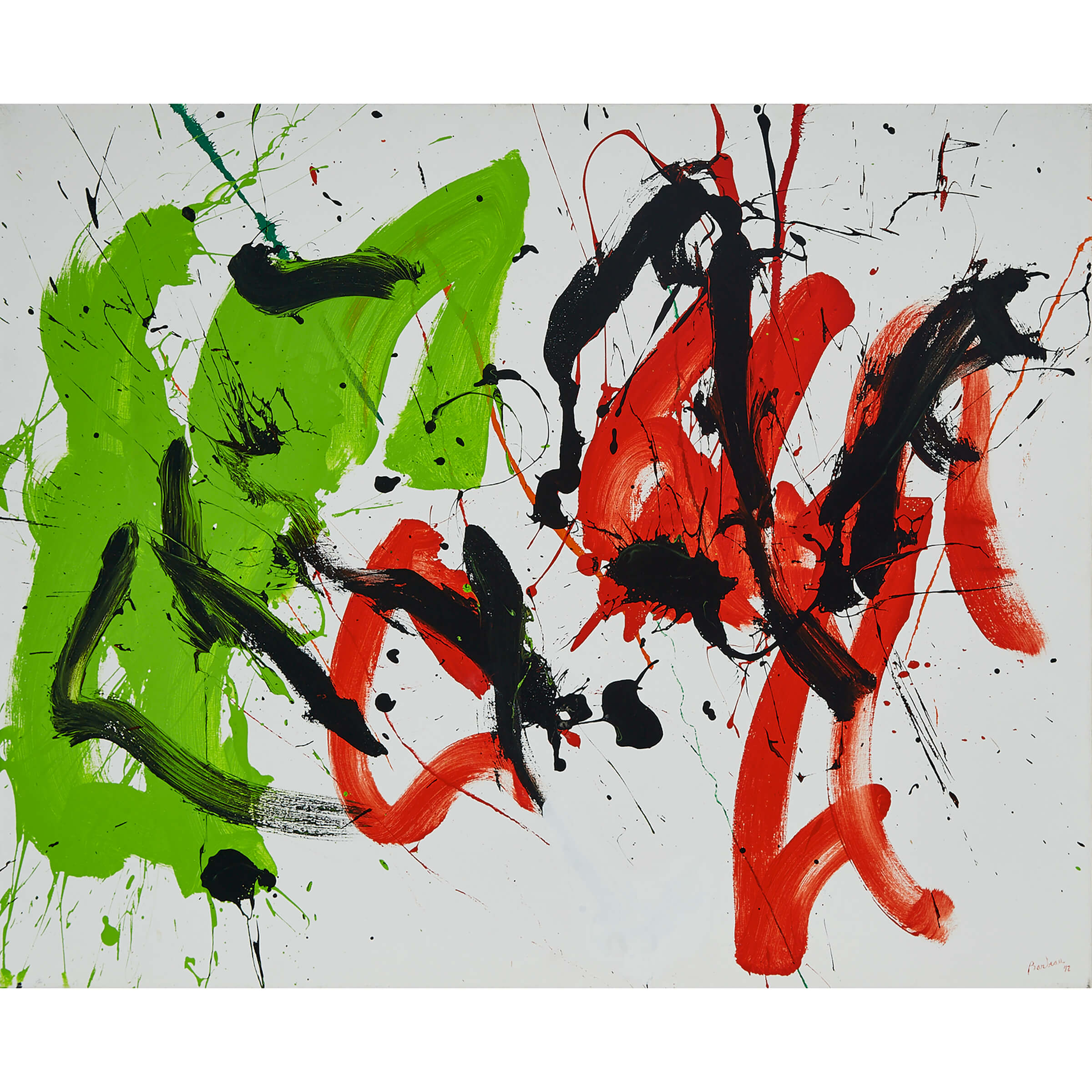 Marcel Barbeau was an early and defining figure of Canadian abstraction, becoming one of its most diverse voices. With a practice that at times would bleed into collage, drawing, sculpture, performance, and music, Barbeau-as-painter becomes a multidisciplinary and rigorously experimental force rooted in principles of free expression and curiosity of form. Early work, defined by gestural marks and dynamic scrapes, gave way to experimentation with OpArt and interdisciplinary performance; throughout, he retained a sense of impulse and lyric energy.

Produced before a move towards the plastic geometries he produced at the end of his career, Fol Oiseau demonstrates Barbeau’s mastery of AbEx painting. Influenced at this time by dance and music, the artist creates truly interdisciplinary work - here something free and expressive, a coloured trace of the artist’s movements. A background of vague white is interceded by great splashes of green and red, all overlaid with a scriptural black calligraphy. These two rips of colour are meant to be read as birds in movement - crashing together in a flurry of feathers and motion. Despite the tight restraint in palette and gesture, Barbeau manages to fill the canvas in only a few strokes, with paint streaming off to the edges in brisk sprays and agile scatters. A dance of pigment and movement, Fol Oiseau is a record of the experimental spontaneity and playfulness that Barbeau is best known for.