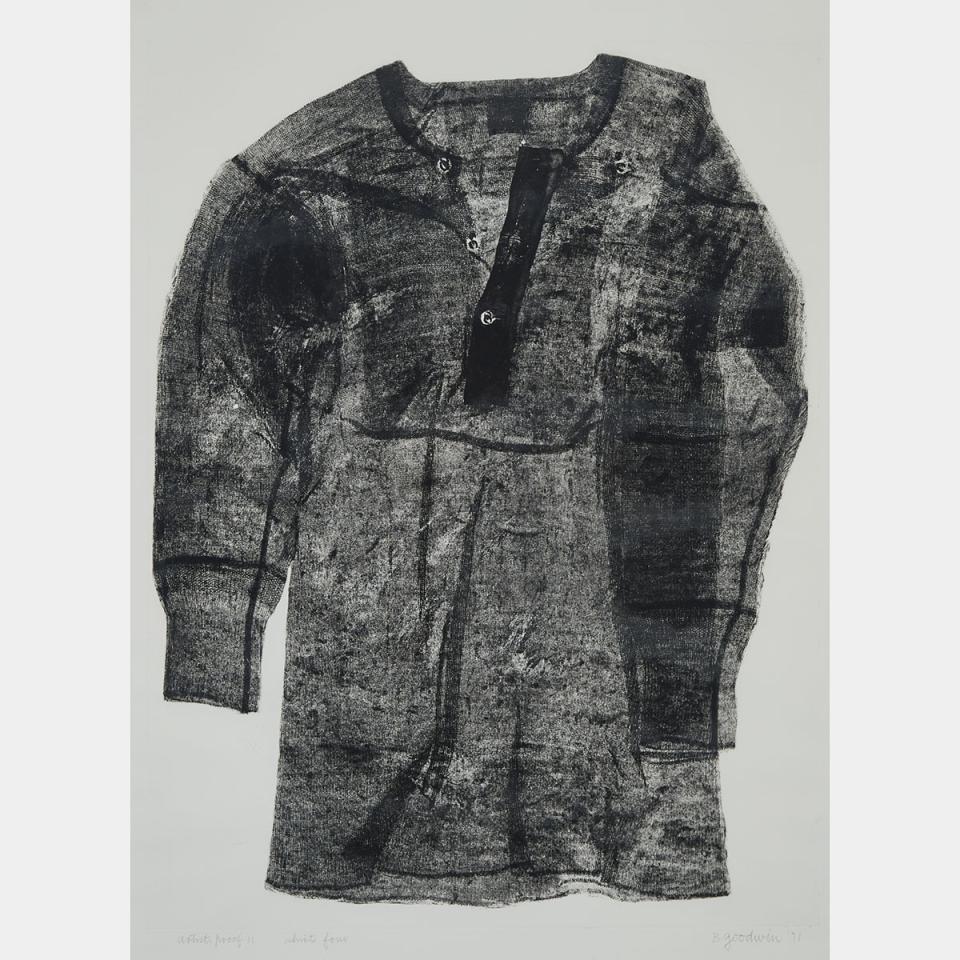 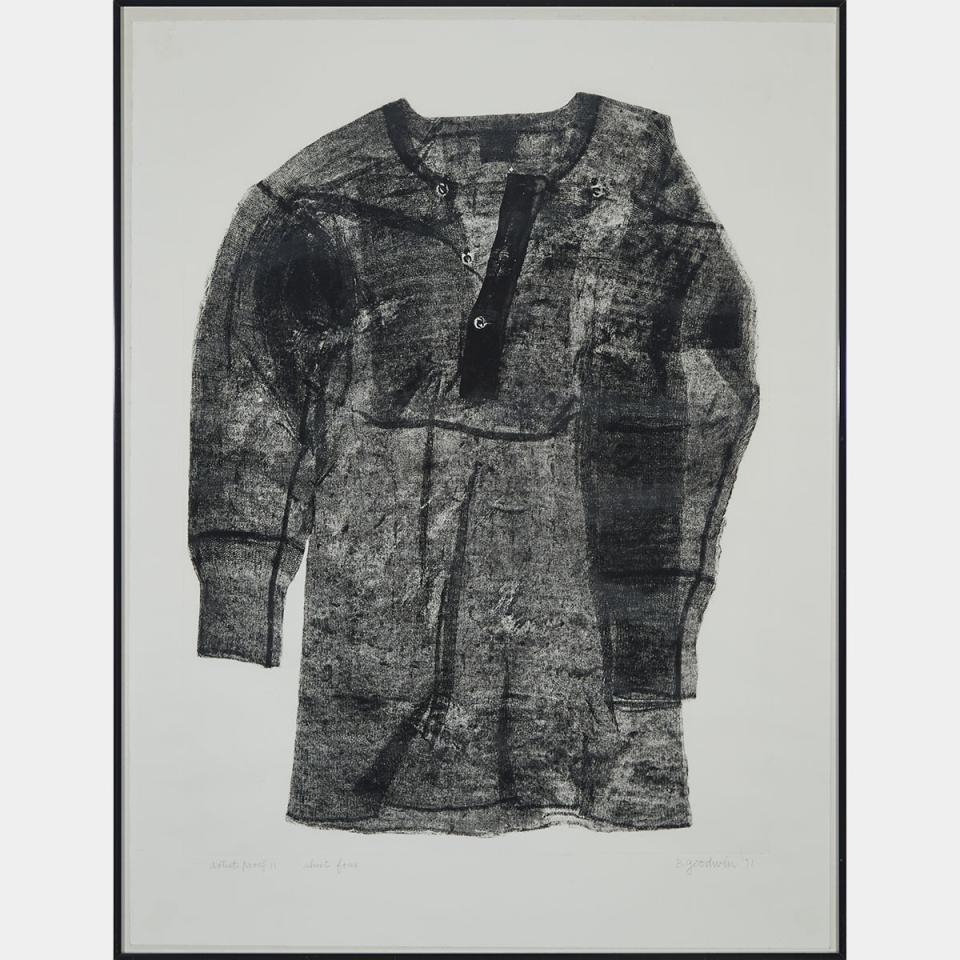 The years spanning 1967-1975 are known as Betty Goodwin’s “Vest” period but her subject matter extended far beyond this iconic image to include objects such as shirts, gloves, hats, shoes, texts and parcels. This body of work, with its Pop Art sensibilities, provided a means by which Goodwin could, “…cleanse her art of past practices – to reinvent it. In doing so, she found that essential connection between herself and her art.”

Shirt Four (1971) was a significant work from this period as it was instrumental in garnering Goodwin international recognition as a printmaker, having been selected for the Arts Council of Great Britain Prize at the Third British International Print Biennale in 1972. Personally, it was special in another way for Goodwin…the shirt represented belonged to her son.