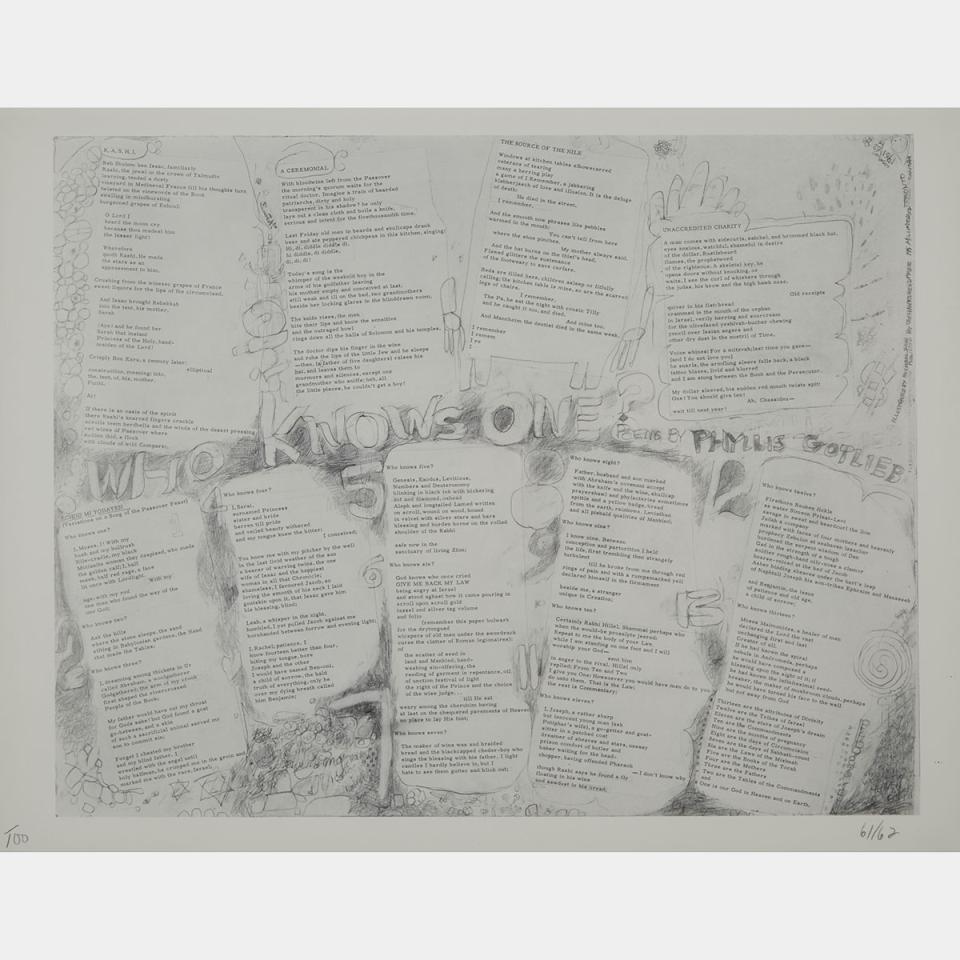 ILLUSTRATED POEMS - WHO KNOWS ONE - POEMS BY PHYLLIS GOTLIEB, 1962

Skilled in painting, sculpture, video, film, photography, holography, drawing, books, and music, Michael Snow has received a myriad of honourary degrees and academic appointments. Snow was made a member of the Order of Canada and was awarded the Queen’s Golden Jubilee Medal and the Chevalier de l’ordre des arts et des lettres from France. Among the major installations for which Snow is well known are The Audience (1989) located at the Rogers Centre, Toronto, and Flightstop (1979), in which life-sized Canada geese were installed in the Toronto Eaton Centre. Snow’s works have appeared in major exhibits across Europe, North America and South America and he is considered one of Canada's pre-eminent contemporary artists.