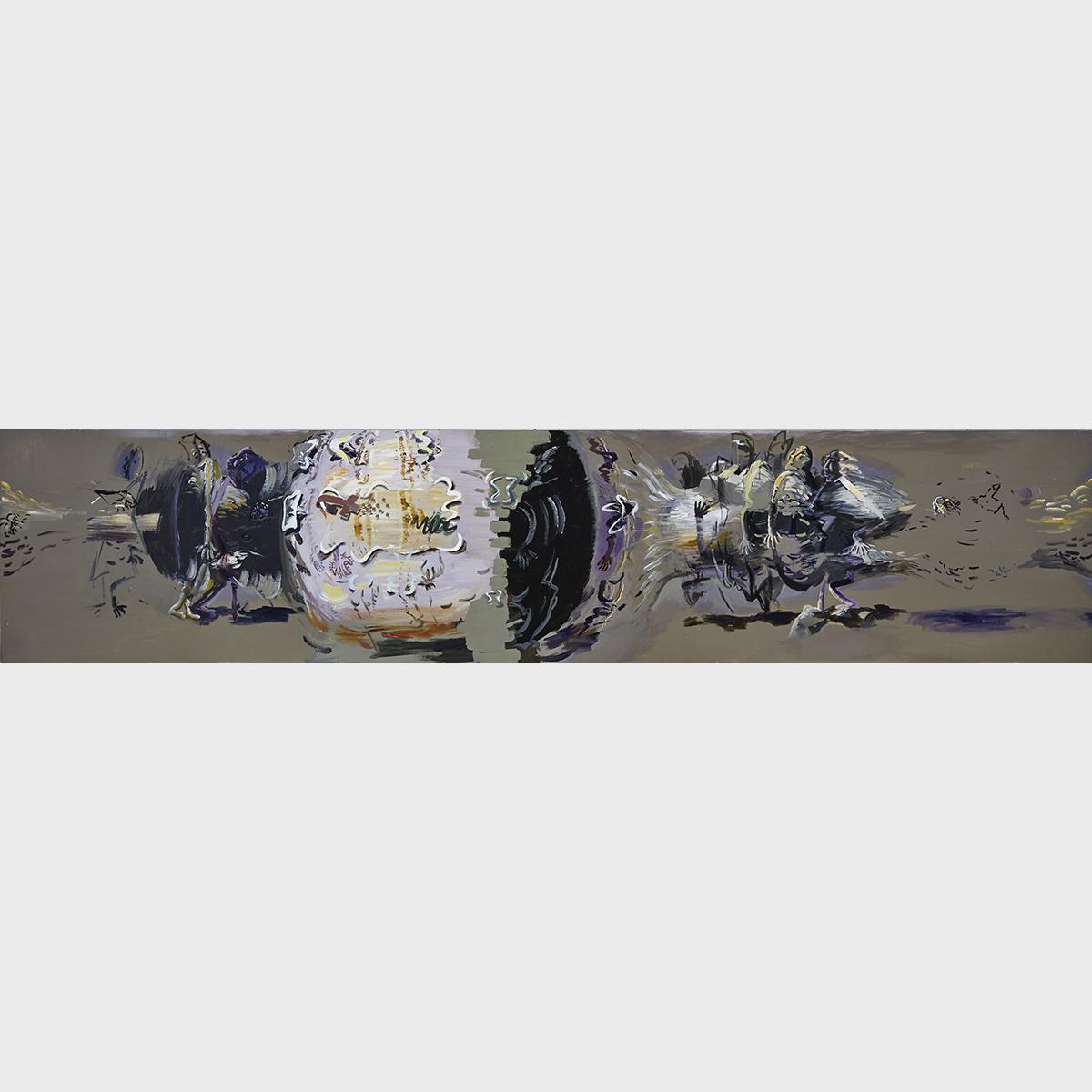 Carol Wainio’s Ways of Knowing (1988) is an early example of the artist’s career-long interest in the pursuit of knowledge, the nature of time and a highly narrative style of painting. Upon first encountering this work, viewers are presented with a visual “story”; that is, the canvas “reads” from left to right as if Wainio is depicting a tale with a beginning, middle and an end. There is action taking place; some unknown force is propelling matter at great speed. Sweeping brushstrokes that emulate rushes of air and blurs of pigment in the shapes of discs and exploding orbs suggest a progressive movement and indicate a point of entry and a point of exit. There are characters in this painting as well in the forms of fragmented faces and limbs and animated figures that are being thrust through time and space. The figures have expressions of confusion and contemplation as though they are as curious about what is happening as the viewers are. There is no one interpretation, or ending as it were, to this narrative. Wainio’s intent is to pose the questions and allow for the viewers’ experiences to inform their personal interpretation. “I would truly like for my paintings to be sites of communication – both inside the frame, through the interrelation of the formal elements, and outside, through the links that develop between the thoughts that the painting provokes and the viewer’s life experience.” Visual stimulation and memory recall are in fact ways of knowing. As the title suggests, the narrative in Ways of Knowing does not demand an interpretative conclusion but rather acts as a vehicle for questioning and learning.

Carol Wainio received her MFA from Concordia University (Montréal) in 1985 and has been exhibiting her work ever since at venues such as the National Gallery of Canada (Ottawa), the Musée d'art contemporain de Montréal and the Art Gallery of Ontario (Toronto). Internationally, she has shown in the United States, Europe, China and Italy. Wainio was the 2014 winner of the Governor General’s Award in Visual and Media Arts.