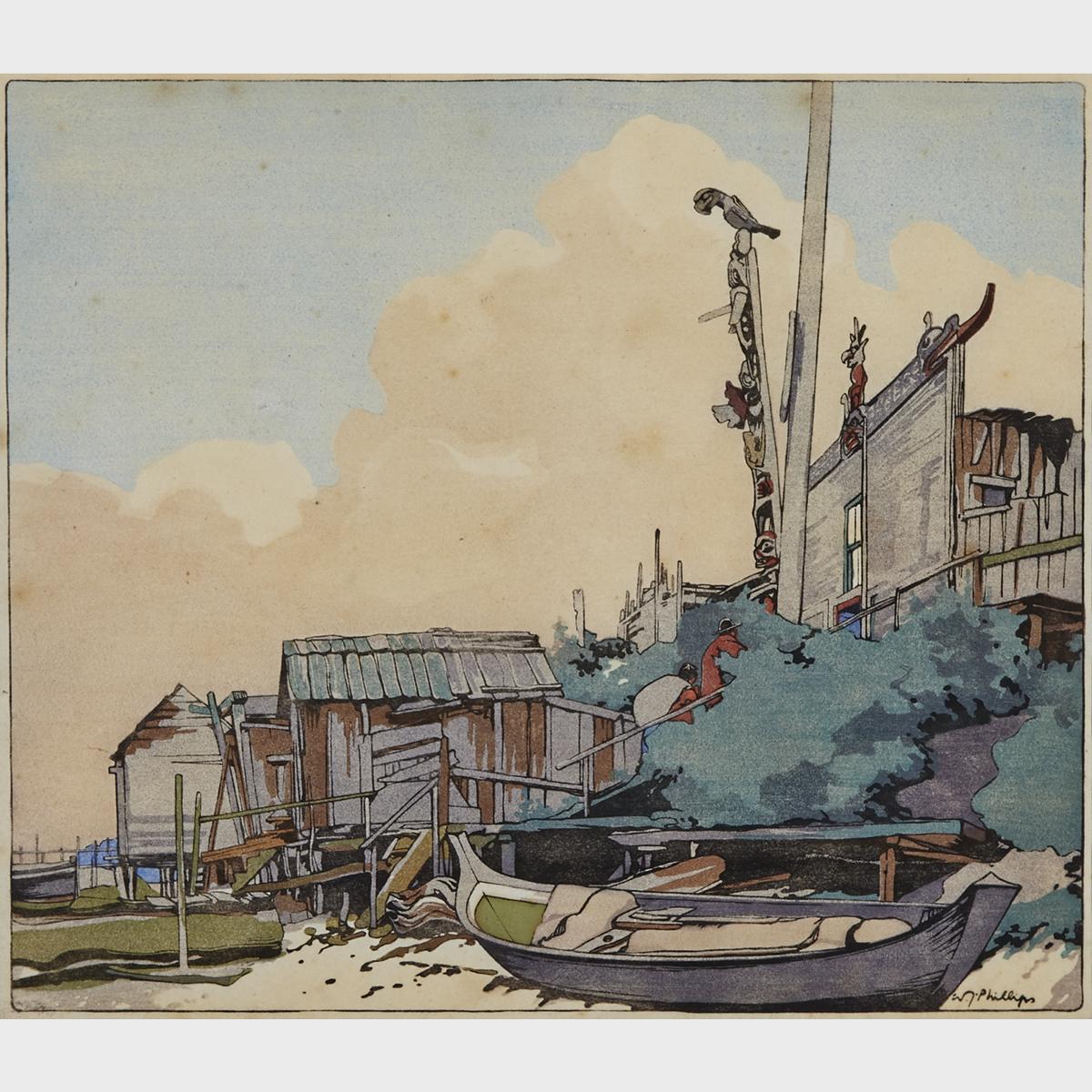 Phillips made his first sketching trip to the West Coast in 1927 during a visit to his sister Edith and her husband Robert Sharp at Alert Bay.

Phillips’ account of this trip, where his interest in totem poles was awakened during a sight-seeing tour, is recorded in Boulet (pgs. 97-101):

“Now the totems were of great interest to me, as examples of primitive art, and I wept when he [the tour guide] said that the method of making them was lost in the mists of antiquity. […] Alert Bay — the Papeete of the North Pacific — they said, was the place to go to. I went. […] The town is built on a strip of land above the beach — a single street with a long and tenuous water-front, facing the sea, and brushing the fringe of the forest. […]

The surroundings of Mamalilicoola are beautiful, and the village itself, larger than the other as we saw it from the sea, was strongly attractive. I was anxious to walk its single street. The bay in which we lay was secluded. The shore was obscured by a dense forest, which limited our view. On the chance that there was a trail within it leading to the village, we rowed to the head of the bay in the dinghy, and stepped ashore. There was indeed an old blazed trail, and a walk of a mile or more in a green twilight brought us to our objective. We entered a strange world as we emerged from a mass of head-high nettles on the sward immediately beneath a tall and magnificent totem-pole. It stood in front of a community house, the pediment of whose facade was carved and painted with an allegorical figure of the sun, flanked by two fishes. As we turned to the sea we looked upon a crescent beach, gleaming white with broken clam shells. A long and sinuous pier of floating logs indicated a good deal of canoe traffic.”

By descent to the present Private Collection, Toronto from her father (first President of the Robert McLaughlin Gallery, Oshawa) in the late 1970’s, having been with the family since at least the early 1960’s.