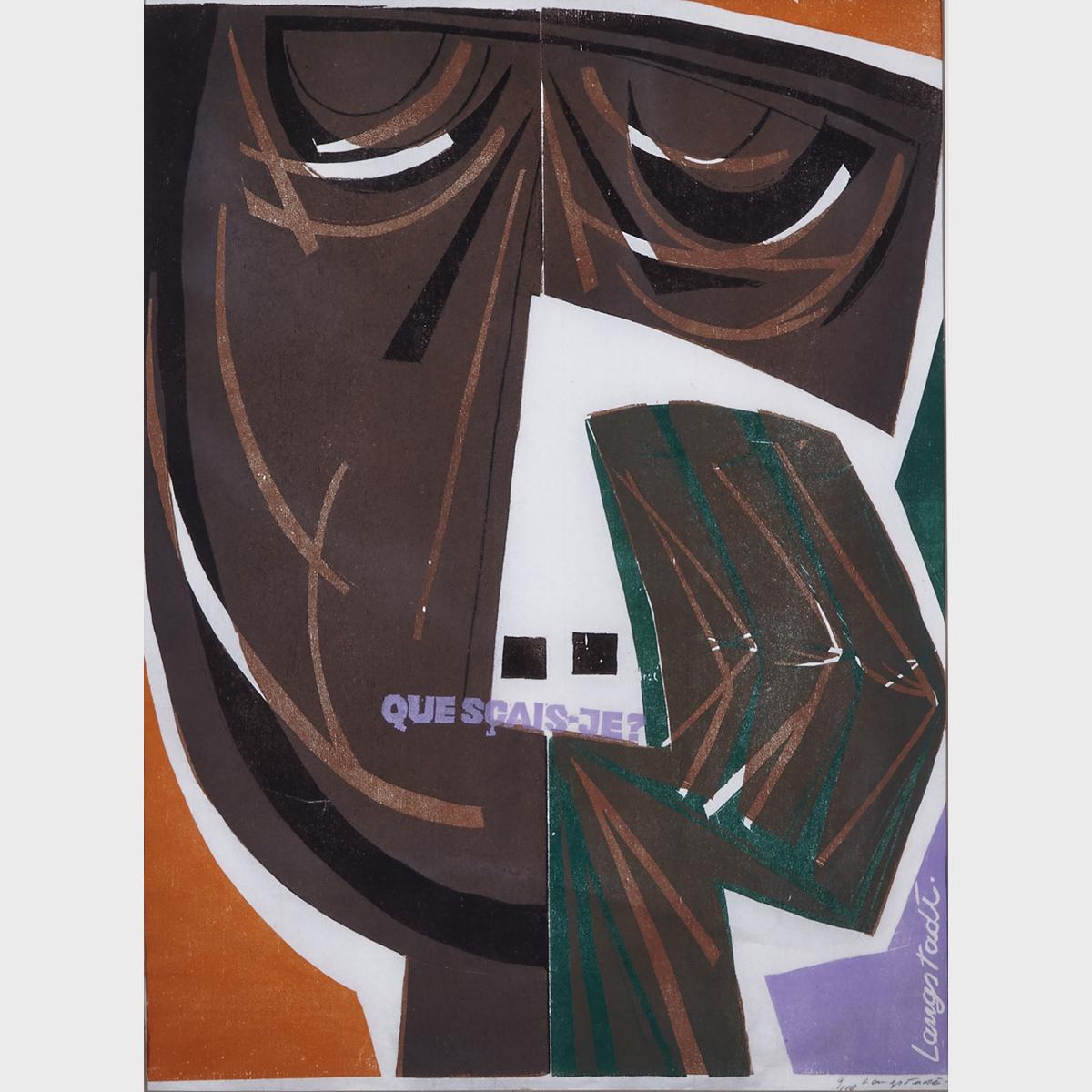 Robert Langstadt was the husband of Canadian artist, Anne Kahane, former art professor at McMaster University, Hamilton, Ontario (1980-1982). Langstadt studied art, design, typography and art history in Berlin, Nuremberg, Munich and Florence. He lived for a period with the family of Max Pechstein, one of the members of the German Expressionist group Die Brucke. He emigrated to Canada c.1940, taught art at McGill and Concordia universities, Montreal and moved to Hamilton in 1980. He had solo exhibitions at McMaster University Art Gallery in 1982, and the Carnegie Gallery in Dundas in 1987, shortly before his death.

Que Cais-Je was exhibited in the 1982 solo exhibition held at the McMaster University Art Gallery, Hamilton