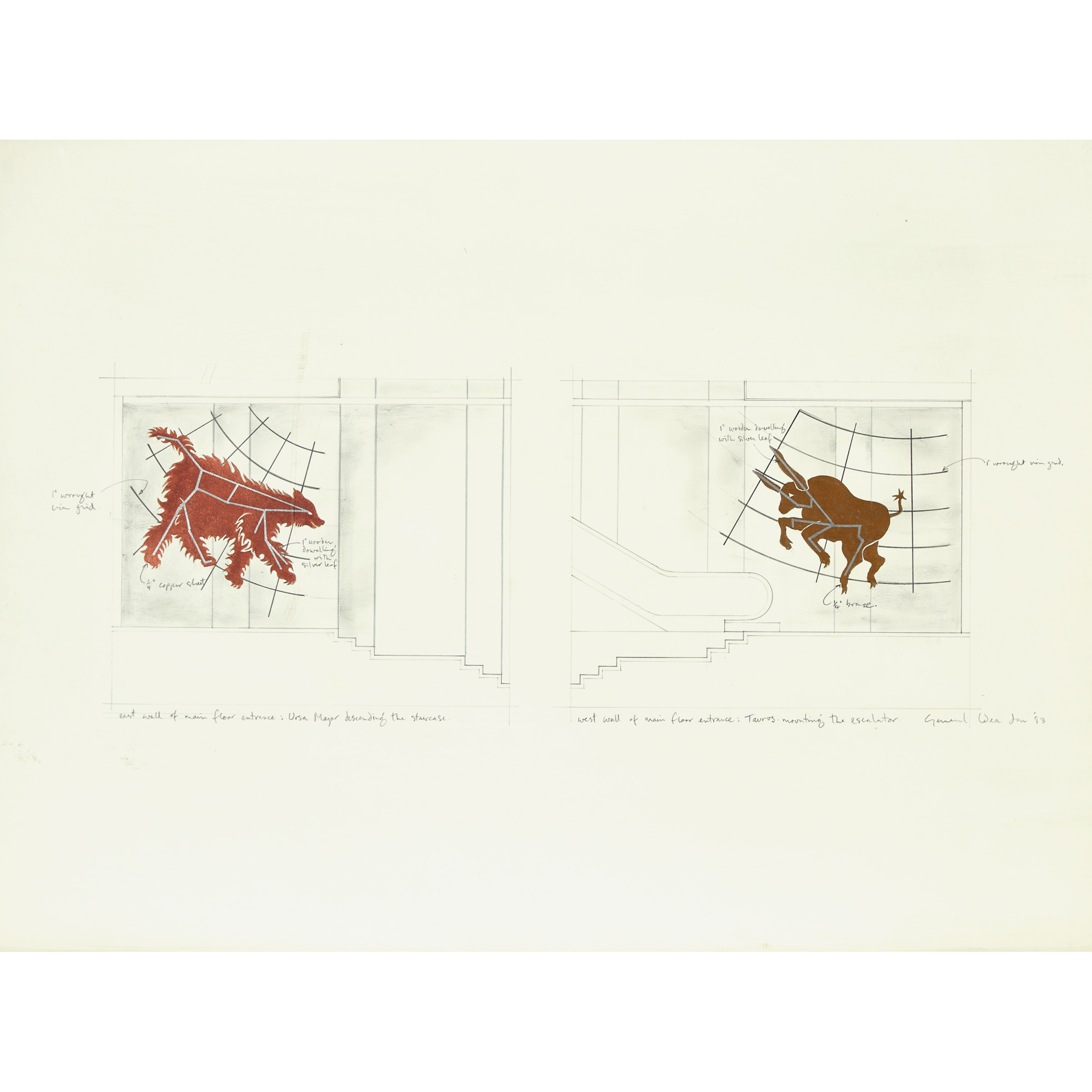 Two mixed-media pencil drawings with colour and with reliefs in gold foil; each titled in pencil, each signed “General Idea” and each dated with the month and year of execution, January 1983 in pencil
Each sheet 22.75 x 31.5 in — 57.8 x 80 cm

General Idea formed in 1967. In the early 1980's this group of three artists were commissioned by the Toronto Stock Exchange to install a mural. Two of the members, Felix Partz and Jorge Zontal died of AIDS in 1994. AA Bronson, one of the three artists, continues to practice as an artist today and oversees the representation and exhibition of General Idea’s work internationally.